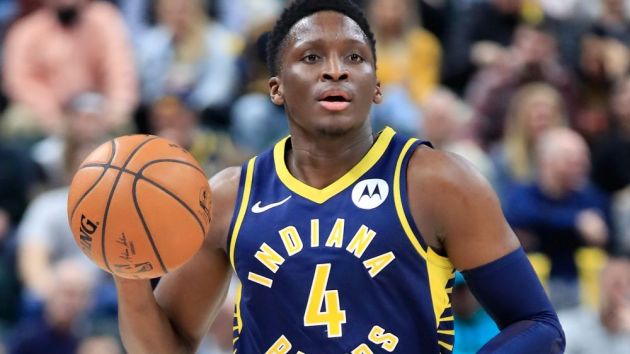 The Indiana Pacers have been stuck in NBA limbo for the past few seasons, not good enough to make much noise in postseason play, but not bad enough to land a transformative player in the draft. Starting point guard Darren Collison retired at the end of June to pursue missionary work with Jehovah’s Witnesses, but the Pacers quickly acted to upgrade by landing Malcolm Brogdon from the league-leading Milwaukee Bucks. They also lost starting forward Bojan Bogdanovic to the Utah Jazz, but hope that Domatas Sabonis is ready to take the next step and fill that void. Does all of this translate to the Pacers getting out of limbo? Perhaps.

Backcourt play will absolutely be the biggest strength of the Pacers, with Victor Oladipo and Brogdon forming what should be one of the best backcourts in the Eastern Conference. Oladipo had the Pacers looking really good last season before his injury, and Brogdon is an upgrade (if not a big one) over Collison. The Pacers will also be solid in the middle, as Myles Turner is one of the better rim protectors in the NBA.

There is still hope in Indiana, starting with the play of Victor Oladipo, who could become the transformative player the team needs to be contenders in the East. In 2017-18, Oladipo appeared in 75 games for the Pacers and averaged better than 23 points per game. He’s a threat from deep, he can get inside and mix things up and he can draw defenders away from his teammates and drop dimes. If he can return from his quad injury and continue his annual improvement, he could be the reason Indiana gets deep into postseason play.

Driving to the rim against the Pacers comes with a price. Myles Turner led the NBA in blocks last season with 2.6 per contest, and gave opposing players reason to think twice before heading to the paint. He’s going to have to ramp his rebounding game to be a true all-around force in the paint, but the Pacers will rely on him to anchor their defense.

By offering Malcolm Brogdon a four-year deal worth $85 million, the Pacers are hoping…perhaps gambling…that he will continue to build on three strong seasons in Milwaukee. His efficiency improved across the board each season with the Bucks, and last year he averaged 15.6 points on 50% shooting while dropping 43% of this threes and 93% of his free throws. He was not the Bucks’ primary playmaker, but the Pacers are confident he will excel in that role going forward.

To be a truly clutch player, one has to deliver time and time again when games are on the line. The Pacers are really just trying to get into more situations where they win games in crunch time, but you can bet that their first option in those situations will be Oladipo. Oladipo was inconsistent in Orlando, wasn’t sure of his role in Oklahoma City and then seemed to find himself in his first season with the Pacers. The Pacers are hopeful that once fully healthy he will continue that career trajectory.

The Pacers didn’t make nearly as many changes as many of the league’s teams did over the offseason, seemingly preferring to improve primarily from within. That said, the addition of Malcolm Brogdon brings both an upgrade at point guard and additional postseason experience. It doesn’t hurt that he brings a little bit of the Gregg Popovich mojo with him after playing for former San Antonio Spurs lead assistant coach Mike Budenholzer in Milwaukee.  It takes a winner to teach a team how to win, and Brogdon does have some experience to lend in that area.

In order for the Pacers to achieve more than an early-round exit from the playoffs, they need someone to take a significant step forward. The question is, who will it be? Oladipo is the obvious choice, but Brogdon and Turner are also young players on the rise who could evolve into star-caliber players. At least one has to take that next step; if more than one takes a quantum leap forward, the Pacers could make some serious noise in the playoffs.