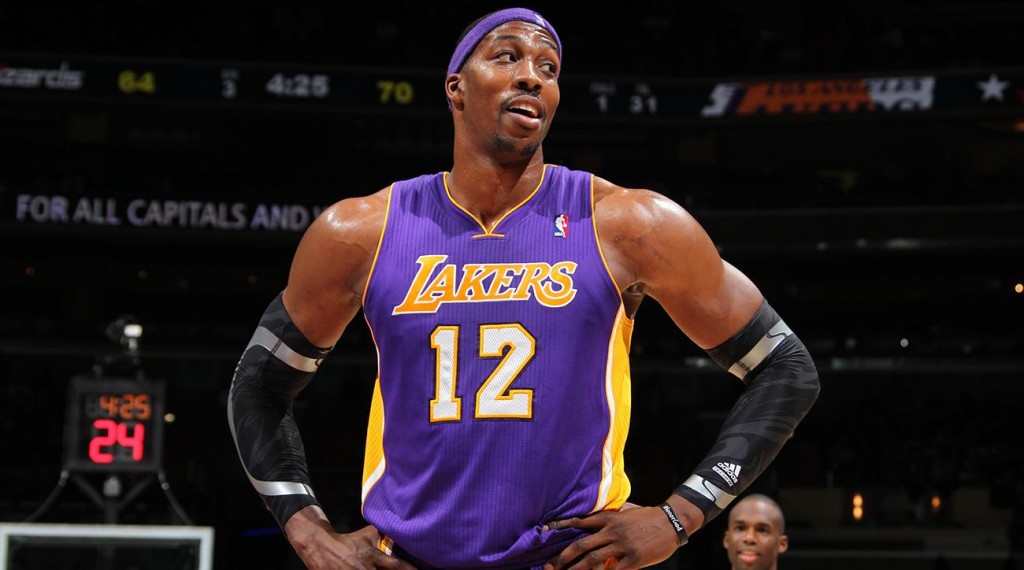 In Review: 37-45 | Fourth in the Pacific Division | Missed Playoffs

The Los Angeles Lakers have not been to the playoffs since the 2012-13 NBA season. LeBron James was expected to change the teams’ fortunes last season, but ultimately fell short of that expectation. This offseason the Lakers put together a hefty trade package (sending Lonzo Ball, Brandon Ingram, Josh Hart and several draft picks to New Orleans) to get one of the better bigs in the NBA, Anthony Davis. “King” James has the running mate he has longed for since his arrival in LA. James and Davis, two of the top ten players in the NBA, have the ability to tear through the league this year. Given the Golden State Warriors are dealing with injuries and the departure of Kevin Durant, the NBA is seen as being wide open, meaning anyone can make a championship run.  The expectation from Laker Nation is championship or bust.

The Lakers’ strength is their All-Star fire power in James and Davis. Last year the Lakers struggled without James in the lineup, going 9-18, after getting as high as the fourth seed in the West with him in the lineup. They were one of the better rebounding teams last year; they ranked sixth in the NBA averaging 46.6 rebounds per game. The Lakers were also tenacious when it came to protecting their paint, they averaged 5.4 blocks per game (8th overall).

The Lakers’ weakness is the depth of their roster. They traded everything and the kitchen sink to acquire Davis this offseason. Also they were unable to sign free agents to compliment James and Davis because they waited to see if Kawhi Leonard would sign with them. The Lakers were able to sign Demarcus “Boogie” Cousins to a one-year deal, but he suffered a season ending ACL injury while getting ready for the season. As a result of Cousins’ injury the team signed Dwight Howard to take his place, but no one knows if this situation will pan out.

The Lakers’ top offensive player is without a doubt James. James averaged 27.4 points per game (ppg), shooting 51% from the field last season, 8.7 ppg more than the second highest leading scorer on the team Kyle Kuzma (18.7). Davis’ presence should help the Lakers on the offensive end of the floor. He averaged 25.9 ppg with a player efficiency rating (PER) of 30.3, which is third highest in the NBA. The James-Davis pick-and-roll or pick-and-pop action will be unstoppable this upcoming season.

The Lakers’ top defensive player is Davis, who averaged 2.4-blocks per game, 1.6-steals per game, and 8.9-defensive rebounds per game. His defensive numbers last season were higher than the Lakers’ defensive leaders in those categories. There is no reason to believe that Davis’ production on the defensive end would drop this upcoming season if he can stay healthy.

The top playmaker for the Lakers is James. He is the prototypical point-forward with amazing court vision and the best basketball IQ in the NBA. James’ name is synonymous with Earvin “Magic” Johnson when it comes to playmaking, because of his ability to orchestrate the offense. He lead the Lakers in assists per game (8.3).

James is also the Lakers top clutch player. Don’t let his 3-6 record in the NBA Finals fool you, he is still one of the best clutch players currently in the NBA. He receives a lot of criticism for passing up key shots at the end of close games, but that being said James is not afraid of clutch moments. The Lakers will be feared if they make the playoffs, because everyone knows that James simply does not like to lose and will do anything in his power to secure a victory.

The best addition to the Laker roster is Davis. The decorated 6’10” big man has won numerous awards in his basketball career. He was the first overall pick in the 2012 NBA draft, six-time NBA All-Star, has been named to three All-NBA First Teams,  three NBA All-Defensive Teams, and has earned a gold medal with Team USA at the 2012 Summer Olympics. The Lakers spent a lot to get Davis for the sole purpose for him to be James’ Robin. Eventually Davis will be James’ successor when he steps away from the game.

The question that surrounds the Lakers is: Will James and Davis be enough to lead the Lakers to the NBA Finals. The Western Conference is very deep this year and each team has deep rosters. The Lakers’ lack of depth can prove to be their Achilles’ heel this season. That being said you can never count “King” James out of the picture.