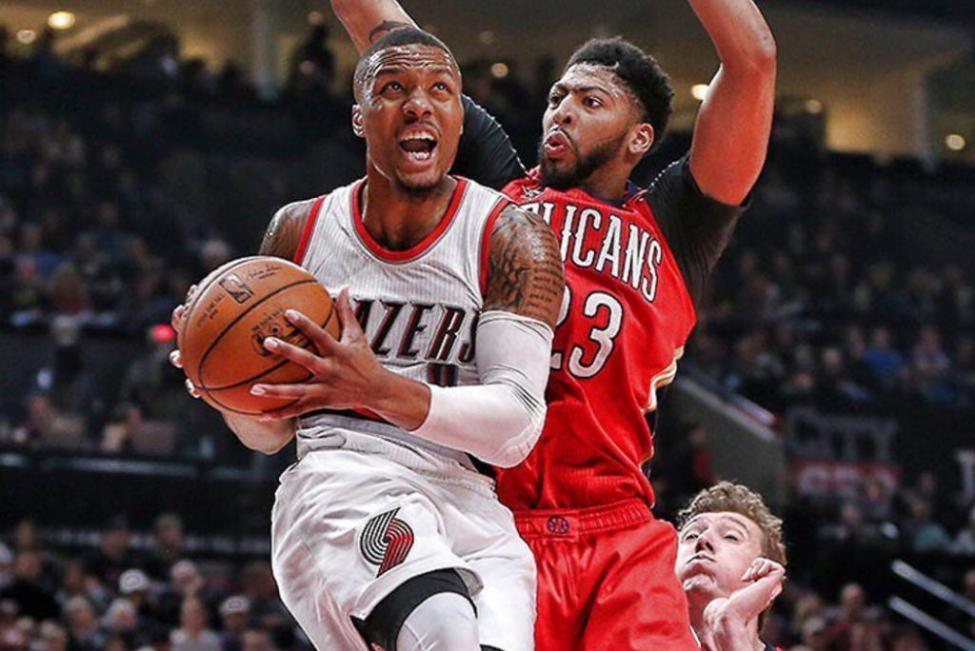 The Portland Trail Blazers shocked the NBA world last season when, despite losing starting center Jusuf Nurkic to a leg fracture early on, they advanced to the Western Conference Finals before falling to the defending NBA champion Golden State Warriors. By adding Hassan Whiteside over the offseason the Blazers have geared up for what promises to be a gauntlet of a season for the Western Conference, and they expect to be right back in the thick of the fight for the top spot.

Where do you start with this deep, talented, well-coached team? They have one of the best backcourts in the NBA with Damian Lillard and CJ McCollum, they have solid play at small forward and great presence in the paint with Jusuf Nurkic, Hassan Whiteside and Pau Gasol, and they have solid experience at small forward with Rodney Hood and Mario Hezonja. Portland’s inside-out and pick-and-roll game will be absolutely devastating.

When the season starts the Blazers will be a little thin up front. Hassan Whiteside will start and probably put up similar numbers to the injured Jusuf Kurkic and Neil Oshey also added Pau Gasol to the mix for relief minutes. Gasol, though, can’t handle a big role any more, so if we’re looking for a weakness in Portland that’s it, especially if power forward Zach Collins doesn’t take a significant step forward.

When it comes to humble superstars, few fit the bill as well as Blazers point guard Damian Lillard. He quietly goes about the business of leading his team, averaging 25.8 points, 6.9 assists and 1.1 steals per contest last season. In leading his team to the Western Conference Finals, Lillard averaged 26.9 points with an Effective Field Goal percentage of 50.8. Lillard is often overlooked because there are so many big-name point guards in the NBA, but he is as lethal as they come for Portland.

Last season Jusuf Kurkic led the Blazers in blocks with 1.1 blocks per game, second on the team in steals with 1.0 per game and led the team in rebounding with 10.4 per contest. Those aren’t exactly mind-blowing numbers, but then the Blazers ranked just 16th in the NBA defensively. That should change in 2019-20, as the addition of Hassan Whiteside promises to make things more difficult for the opposition. He has proven to be a dominant force in the paint when surrounded with quality teammates, as he will have this season in Portland.

The Blazers utilize a great deal of ball movement, and like so many teams in the modern NBA they count on their point guard more for scoring than they do for assists. That being said, Damian Lillard is still the team’s assist leader while also being their leading scorer. CJ McCollum, Jusuf Nurkic and the departed (to the Atlanta Hawks) Evan Turner all averaged over three assists per game last season.

When the game is on the line, the Blazers want the ball in Damian Lillard’s hands. Whether it’s knocking down the big shot or making just the right pass, Portland got to the Western Conference Finals last season on the strength of their star point guard. CJ McCollum is almost as clutch, and hit a plethora of big shots for Portland last season. There was only one better backcourt duo in the NBA last season, and that Golden State Warriors duo of Steph Curry and Klay Thompson eliminated the Blazers from the playoffs.

Clearly the best new addition to the Blazers this season will be defensive juggernaut Hassan Whiteside, and not just because the team will be without Jusuf Nurkic for likely the first half of the season. Prior to the Miami HEAT’s steep decline, Whiteside was consistently giving the team 15 or more points, 11 or more rebounds, and blocking two shots per game. Those numbers are comparable to what Nurkic was giving the Blazers prior to his injury, and should absolutely help Portland compete with Anthony Davis and the arch-rival Los Angeles Lakers as well as the rest of an even tougher Western Conference.

The glaring question for Portland as they prepare for training camp is what kind of productivity they will get out of the power forward position. Everywhere else they have talent and depth, but at the four they start a player in Zach Collins who averaged just 6.6 points and 4.2 rebounds in 17.6 minutes per game and didn’t start a single contest. It won’t help his summer preparation that he sustained a level two ankle sprain while working out recently. The Blazers could be shopping for a power forward once Nurkic is healthy if Collins doesn’t show marked improvement.