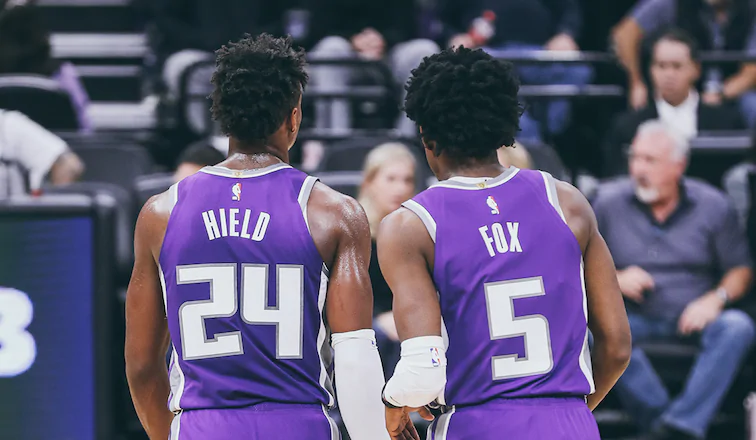 In Review: 39-43 | Third in the Pacific Division | Missed Playoffs

The Sacramento Kings enter the 2019-2020 season with the current longest NBA playoff drought at 13 seasons; the last time they were in the postseason was in 2006. After a 39-43 record last season, head coach Dave Joerger was fired on April 12, 2019. Two days later, they went on to hire former Los Angeles Lakers head coach Luke Walton. The team improved from the previous season and even had a winning record through the All-Star break, but they narrowly missed the playoffs yet again. The team was somewhat active this offseason, re-signing small forward Harrison Barnes and signed multiple players, including center Dwyane Dedmon, point guard Cory Joseph, and power forward Richaun Holmes. The Western Conference is stacked as always, but the Kings are an improved squad, and for the first time in over a decade, there are real expectations for the Sacramento Kings.

The Kings’ strength is their young core, which starts with rising star point guard De’Aaron Fox, who made great strides in just his second season. He averaged 17 points and 7 assists per game while playing every game, and he’s also a tenacious defender. They also have second-year power forward Marvin Bagley, who has a chance to be a top-ten player at his position by the end of the year. Harrison Barnes was a solid addition for this team, giving them a veteran presence on both sides of the ball. Not to mention, they also have Buddy Hield, a scoring guard who might make a huge leap this season. All in all, they have a nice young core to build around this season and the future.

The Kings’ weakness is also their strength: they have plenty of youth, which also means they have little experience. While their coach has plenty of exposure as a player and assistant coach, he has very little experience as a head coach in the NBA. They will have to learn quickly how to win, otherwise they might falter. This team has a chance to be a playoff team, but it might not be next season. There’s plenty of scoring, but there are some questions on defense. Can this team get to the next level? That remains to be seen.

The top player on this team is De’Aaron Fox. He’s their everything: their top offensive playmaker, their top defensive ace, and their top clutch player. He should be better this season, especially after a brief stint in the Olympics for team USA under head coach Gregg Popovich. Fox could be an All-Star this year.

Best Addition: Their best addition was re-signing Harrison Barnes. He gets an offseason with this team, and he’s good enough to be a reliable scoring option, yet is willing to defer to better teammates. He will help this team push for the playoffs.

The Burning Question: The question surrounding the Sacramento Kings: Will they end their playoff drought? The Western conference is loaded with talented teams, and this team has questions as to whether they’re ready to make the leap. If they do, watch out!