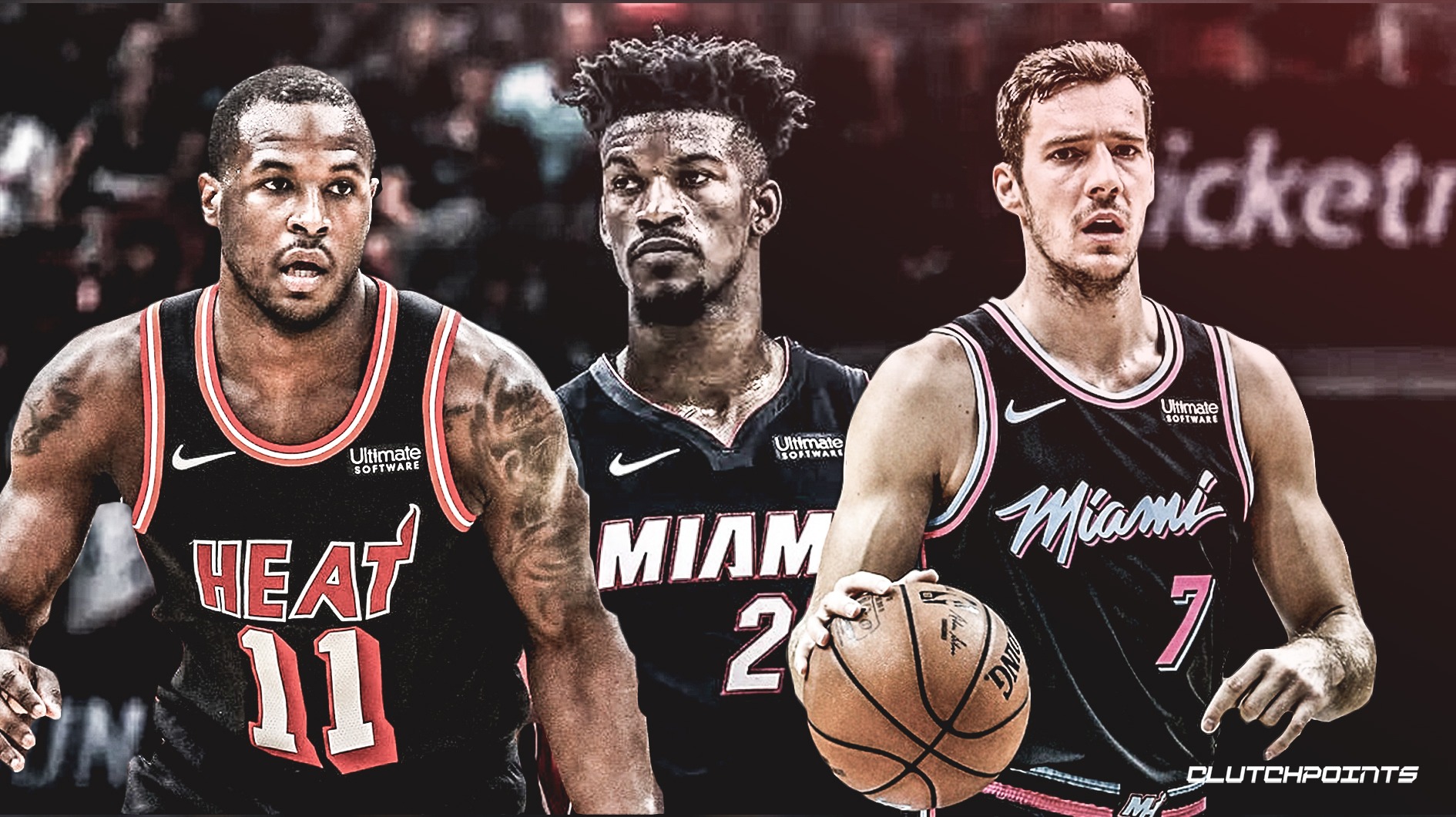 In Review: 39-43 | Third in the Southeast Division | Missed Playoffs

The Miami Heat had a relatively disappointing 2018-19 NBA season, at least by their standards. They missed the playoffs for the third time in five seasons after getting there for most of the past decade. This was shooting guard Dwayne Wade’s final season. He’d played 16 years in the league, most of which were with the Heat; he is believed to be the greatest Heat player of all time, and he has had many iconic moments to back that up. He led the team to 11 playoff appearances, including a Conference Finals appearance in just his second year, and NBA Finals appearances in 2011 and 2014. Wade also led the team to their first championship title in 2006, and led the team – alongside Hall-of-Famers LeBron James and Chris Bosh – to back-to-back titles in 2012 and 2013. But now Wade’s heroics are gone, and the team is in flux.

If there’s one thing we can be sure of, it’s that Hall-of-Famer general manager Pat Riley will not simply watch his team go bump in the night. Miami kicked off the offseason trading starting center Hassan Whiteside to the Portland TrailBlazers in a three-team deal that brought back big man Meyers Leonard. It’s been well documented that Spoelstra and Whiteside had a poor relationship, and it finally reached the breaking point. They then went big, acquiring All-Star forward Jimmy Butler to their team via sign-and-trade with the Philadelphia 76ers. The hope is that Butler can carry the team on his back and bring them back to title contention.

The Heat were able to keep small forward Justise Winslow to pair with Butler, and that figures to be the strength of this team. Both players are great defensive stoppers, as they are athletic and long enough to give other teams issues with scoring. They also have third year center Bam Adebayo, who is a versatile young player that will give the team some much needed toughness.They also have solid players like Leonard, point guard Goran Dragic, and power forward Kelly Olynyk as key members of their rotation. This is also a good passing team; Dragic and Winslow are especially good passers, and it’ll be interesting to see if they can help this team push for the postseason.

For all the positives, this team isn’t particularly great. They’re somewhat top-heavy, with good players like Butler and Dragic and Winslow, but not much else. In recent years, they’ve whiff on several key signing and put themselves in a bind. They missed the playoffs in a weak Eastern Conference, and now it’s improved with the likes of the Pacers, the Nets, the Bucks, and the 76ers as clearly better teams. They don’t have a second star, and as much as Spoelstra is a good head coach, talent matters.

Unless the Heat make another big move before the season begins, Butler enters this season as the team’s best offensive player. It’s really his first time as the best player on a team, and so he will have to prove he can be that guy. He’s been a pleasant surprise in his career: he was drafted 30th overall in the 2011 NBA draft, and was solid his first three seasons before breaking out in his fourth NBA season. Over the past five seasons, he’s averaged above 20 points a game. Last season, however, was his lowest scoring output since his third season. He’s now on  max contract, and the Heat will need him to deliver to have any chance of competing for a championship.

Butler is an excellent defender, but he’ll be tasked with being both a great scorer and defender. The onus, then, falls on the fifth year small forward Justise Winslow to defend the opponent’s best player. He’s been excellent on that end of the court from the moment he was drafted, as he is athletic and randy yet also possesses incredible defensive awareness for someone his age. He’s only 23, yet he’s already regarded as one of the best defenders in the NBA, and it wouldn’t be a surprise to see him make an All-Star team as soon as next season.

Goran Dragic is this team’s best playmaker. He is by far their best point guard, and frankly he’s one of the most underrated players in the league. He has an All-NBA team and an Al-Star accolade under his belt. His impact doesn’t always show up in the box score, but he’s been a tremendous net-positive whenever he’s on the court. He’s a solid passer, and he’s helped the likes of Winslow and Bam improve. Hopefully he can help set up Butler and the rest of his teammates with success.

Butler is in a unique position. He’s never been the best player on a team, and now he’ll be asked to be just that guy. He’s certainly being paid like it. He is a two-way player, meaning he is good on both offense and defense. This also means he’ll take on more responsibility. He’ll be asked to take the final shot in key moments, but he’ll likely be tasked with making key defensive stops as well. His nickname is “Jimmy Buckets”, and so let’s see him live up to that moniker.

The best addition is definitely Butler. He’s the biggest free agent to sign with Miami since LeBron James and Chris Bosh back in 2011. He gives this team a chance to be relevant again, and he will be a welcome addition to the team. Head coach Erik Spoelstra is certainly excited to have such a versatile chess piece on offense and defense. This also gives Miami a good chance to get free agents in the near future, as they may want to play with Butler. Not to mention, it’s always good weather in Miami.

The biggest question for this team: how does Butler get along with his new teammates and coach? He’s had issues in every stop he’s been, which is Chicago, Minnesota, and Philadelphia. He’s the guy now, which also means he has to be a leader for this team to thrive. Another question is how good can Miami be against the likes of Brooklyn, Boston, Milwaukee, and Philadelphia. Is this team good enough around Butler? Can Spoelstra get as much out of the rest of this roster as he has in years past? And what is the ceiling of this team? To me, it seems they have another move up their sleeve: perhaps they package players together for Oklahoma City Thunder point guard Chris Paul, or they may try to pry All-Star shooting guard Bradley Beal from the Washington Wizards. They can go in several directions, but right now the Heat are at least back in the conversation as playoff contenders, and perhaps the best is yet to come.