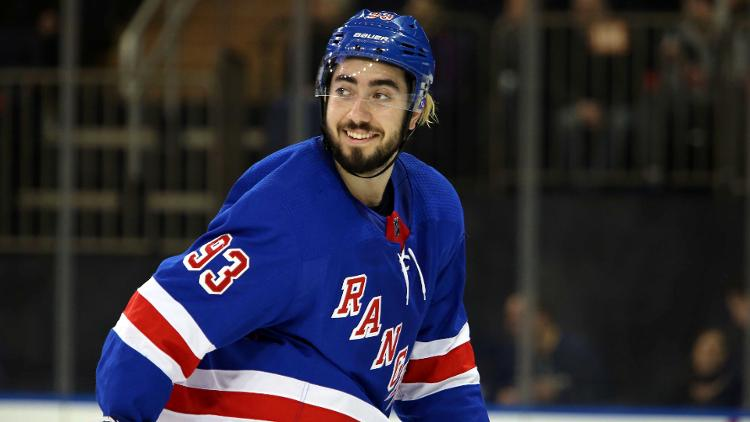 Ranger faithful has been waiting patiently for the team to rebuild and bring New York hockey back to life. It has been a difficult past few years after a disappointing 78 points last season and 77 points the season prior.

With that being said, the Rangers have used these disappointing years in a positive way gaining assets through Free Agency and draft picks in order to once again contend for a Stanley Cup. This past offseason has been promising for this young team struggling to find a star player along with an identity.

To begin, the Rangers traded defenseman Neal Pionk and a first round draft pick to the Winnipeg Jets in exchange for defenseman Jacob Trouba. The Rangers have not had a defenseman of Trouba’s caliber since trading away captain and fan favorite Ryan McDonagh to the Tampa Bay Lightning in 2018. Trouba is also an offensive threat as a defenseman after scoring 8 goals and racking up 42 assists, per ESPN.

He is a defenseman that will help a Rangers power play that could use assistance. He is also the perfect compliment to his future line mate, Brady Skjei, who is a big body and a defenseman who is known for his defensive prowess. The opportunity presented itself for general manager, Jeff Gorton, to go out and get very good and young defenseman which was one step in the right direction for this team.

Next, the Rangers selected number two prospect, right winger Kaapo Kakko, in the 2019 NHL Draft. Kaapo Kakko resembles former Ranger star Rick Nash, having a large frame that is a dominant force around the net. According to NHL Network, Kakko finished his last season prior to being drafted with 22 goals and 16 assists in only 45 games along with setting the record for most goals by a draft-eligible prospect in Finland’s top league.

Being only 18 years old, Kaako also has plenty of time to improve and reach his full potential which would be a potential star in the NHL. After missing the playoffs by a large margin, general manager Jeff Gorton made the most of it by drafting this promising prospect that can one day be a great player.

Lastly, the best move that this promising team made was acquiring the top free agent on the market, Antemi Panarin, away from the Columbus Blue Jackets. This was the signing that gave the Rangers an all around star that they have longed for. According to ESPN, last season in Columbus, Antemi Panarin compiled 87 points consisting of 28 goals and 59 assists. He lead his former team in both points and assists proving to be a crucial component to the Blue Jackets playoff run last season.

Panarin is a player that brings everything to the ice being a fast skater, great puck handler, great scorer, and great passer. He is a player that requires the other team’s full attention which allows him the opportunity to set up his teammates for high quality opportunities. While he most likely will not be used on the penalty play too often, considering his small frame, he will be prominently used on the power play and with the top line to get maximum production. This was the most significant signing in the entire NHL offseason because he was the golden prize to teams all around the league. The Rangers winning the Panarin sweepstakes is the move that essentially put them over the top.

After these huge offseason acquisitions, because of the Rangers busy and productive offseason, they have finally put themselves in position to contend for a Stanley Cup. Their Hall of Fame goaltender, Henrik Lundqvist, can still perform at a high level but is only getting older which means his window of starter status is starting to close.

The Rangers had arguably the best offseason in the NHL this year and these moves along with other players to round out the lineup, this is a team that can finally return to a winning culture that Rangers fans have missed. The 2019-2020 NHL season is one Rangers fans can finally take a breath and enjoy a competitive team that has potential to be special for years to come.