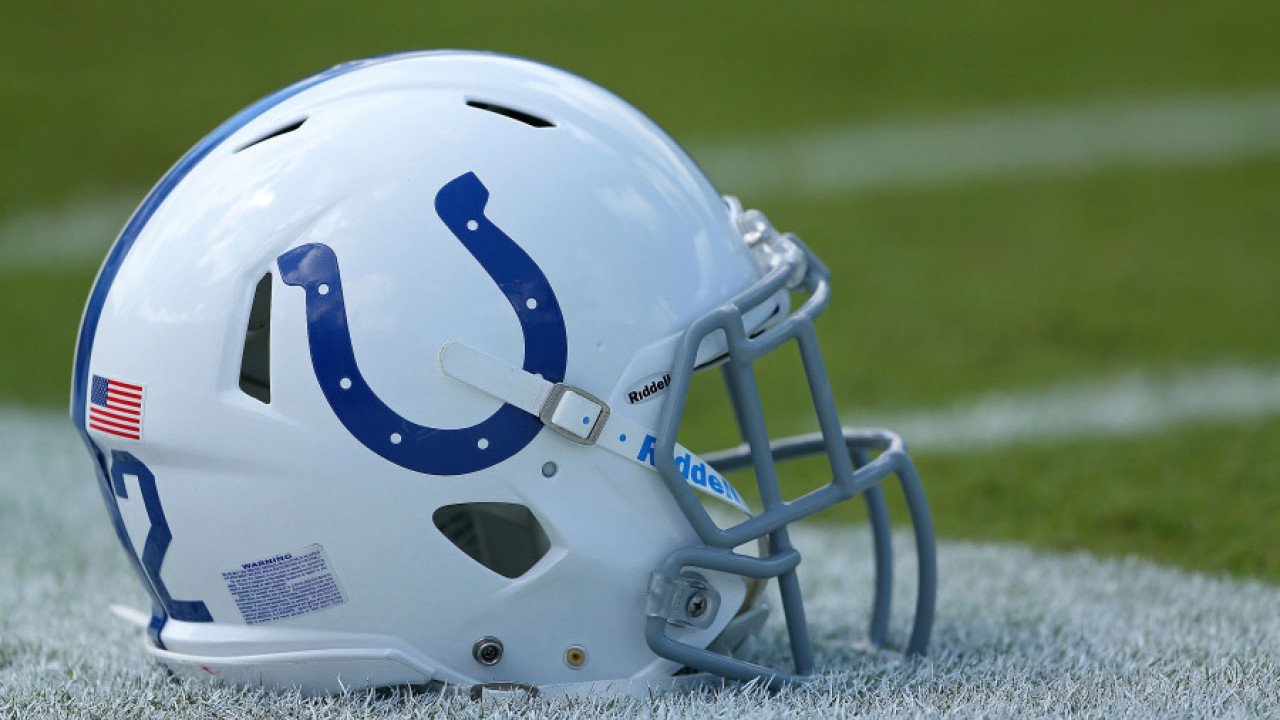 I hate to keep using the same analogy, but the 2019 Indianapolis Colts season was a roller coaster. It was a weird roller coaster, in that it started with a free fall where most rides would have the lift hill, but it was a roller coaster, nonetheless. After riding in hot from a surprisingly successful 2018 season, franchise quarterback Andrew Luck’s shocking retirement dramatically altered the trajectory of this young team. The unexpected occurred again when backup-turned-starting QB Jacoby Brissett came out of the gate strong, leading the new-look Colts to a 5-2 record and first place in the AFC South, to begin the year. From that point on, nothing seemed to go right for the team, as they sputtered to a final record of 7-9, well short of the playoffs.

Coming on the heels of all that uncertainty makes it awfully difficult to project forward into 2020 for the Colts. Signing Phillip Rivers in the offseason to presumably start at QB further complicates any projections. Do the first half of the season Colts show up or the second half? Does Phillip Rivers have anything left in the tank? There’s a lot of questions to answer for this team and thankfully, there’s still a lot of time to get a clearer picture on some answers.

However, with few sporting events to entertain the mind, one can’t help but look forward to the 2020 schedule and imagine how the Colts may fare.

They’ve got to win this one, right? Right? It was a mixed bag against Jacksonville last season, with each team enjoying large wins at home. With Nick Foles headed to Chicago, it’s the Gardner Minshew show in Jacksonville, for now. Cam Newton or perhaps even Joe Flacco could be viable upgrades to give this matchup more teeth. The Jaguars should be pretty bad, but the Colts have a lot to prove themselves.

Despite coming home for Week 2, the matchup Is tougher here with Mike Zimmer’s Vikings team coming to town. Kirk Cousins tends to struggle against teams with a winning record and I expect the Colts to be 1-0 at this point, so there’s that. I worry about giving up big plays to Adam Thielen and Dalvin Cook, however. Minnesota had a good draft and added some young talented depth on defense and a potential stud wide out in LSU product Justin Jefferson.

Indy stays home and receives the perennially lousy Jets in Week 3. Sam Darnold could maybe be decent? The odds were stacked against him last year, but it’s the Jets. It comes with the territory. Le’Veon Bell will probably have 200 all-purpose yards. Ultimately, the Colts should win this one but hey, that’s why you play the games.

Alright, that defense is downright terrifying. Before all is said and done, Phillip Rivers could have one interception for each of his numerous children. BUT the Colts line is also exceptional and can give him plenty of time to sit back and throw ducks to the secondary anyway. Wow, this one is coming off really pessimistically. To turn some of that negative energy towards Chicago: Mitch Trubisky. Enough said. Nick Foles may even start this game, but this isn’t the Super Bowl, so the Colts should be fine.

You don’t have to be too much of a Colts homer to see this one going their way. The Browns had a terrific season, by their standards, which could only be classified as a disappointing season by most any other fanbase. Don’t worry, Browns fans were disappointed too. The Colts still have a lot to prove, but so does Browns QB Baker Mayfield. The weapons are actually somewhat scary for Cleveland, with talented players like Odell Beckham Jr., Myles Garrett and Nick Chubb, but something going wrong in Cleveland is typically a safe bet.

Listen here Bengals fans; two things can be true. Joe Burrow can be really good, and this team can still be really bad. Honestly, I’m a bit worried that he’s going to get beat up behind that atrocious offensive line, but if the Colts have to win that way, so be it. The Bengals were last place last year for a reason. One of them being that their defense can’t stop anybody. Also, how is this a home game again? Last time the Colts played the Bengals was in Lucas Oil Stadium in Week 1 of the 2018 season. I was there in person to see Jack Doyle fumble away the game. Major revenge game here for the Colts.

Old man Rivers rests up and rallies the troops. At 5-1, things are looking amazing yet totally realistic. Next week’s battle with Detroit is going to be an important matchup to capitalize on, with the schedule getting much more challenging in the following month.

Most would agree that this game is a continuation of a fairly soft schedule to start the season for Indianapolis. The Lions are better with a healthy Stafford, but the team lacks talent on both sides of the ball. Colts receivers should fare well against a weak secondary, and Marlon Mack shouldn’t run into much more resistance on the ground.

Yes, it’s at home and I’m predicting Indianapolis to be 6-1 at this point, but you can’t expect them to win every game. Baltimore can beat anybody and reigning MVP Lamar Jackson has shown that he can dismantle defenses at will. They’re better on both sides of the ball and that shows, even on the road.

After a tough home loss to the Ravens, things don’t get much easier as the Colts head to Nashville to take on the up and coming division rival Titans. Even with a suspect quarterback in Ryan Tannehill, this is a tough, old fashion, physical, football team that finds ways to win. Derrick Henry feels like a lock to run for 100 yards and a TD, at the least. Nevertheless, the Colts have more or less owned the Titans dating back to the Manning era, can that tradition continue with a new QB under center?

Aaron Rodgers coming to town sounds like a good time for a reality check. I hear this Jordan Love guy is pretty good too. The Packers defense is pretty solid, pulling in the third most interceptions in football last season. *Phillip Rivers starts sweating* This is an awfully tough matchup for Indianapolis and it’s tough to expect a win.

Long time no Tennessee. This time, from the comfort of Lucas Oil Stadium the Colts go for the sweep. Perhaps that is hard to envision, given the Titans surprise playoff run last season, but come on. It’s Ryan Tannehill.    Dating back to 2003, the Colts are a lopsided 27-7 vs the Titans. Head Coach Mike Vrabel has Tennessee looking a lot better than they have in the past, but this is still a very winnable game for Frank Reich’s Colts.

Indianapolis has to wait a long time to get a crack at the new-look Texans. Wide receiver Brandin Cooks and running back David Johnson are coming in via trades for superstar Deandre Hopkins and draft picks. Deshaun Watson is a straight up beast who you should count on to outperform Rivers. These games are always fun to watch. They’re typically close and often come down to the final drive. Home field advantage may be the difference here.

Expect a big day for second year wide receiver Paris Campbell, as the Colts gamble on the slot. As the John Gruden experiment heads to sin city, the Raiders still have a lot of work to do. Their pass defense should be pretty awful again. Then again, this is a Raiders team that came into Indianapolis and unexpectedly beat the Colts last year. Hopefully Indianapolis can do a little better to win the easy ones this year.

They love doing these division games right on top of each other, huh? This matchup will make the 4th AFC South game in a span of 6 matchups, a critical stretch for any chance at the playoffs. One could reasonably expect these teams to win their respective home games. It is a bit difficult to forecast each of these teams, however, with the turnover (looking at you Rivers) on offense.

A showdown of 2004 draft picks in QBs Phillip Rivers and Ben Roethlisberger. Which old guy still has it? Seeing as the Colts haven’t beaten the Steelers since 2008, and are 6-25 in the all-time series, including just two wins since 1984, this one smells like an L. Obviously these are different players now, but Indianapolis just always seems to find ways to lose to Pittsburgh. Just look at Adam Vinateri’s shank shot that would have taken the lead with a minute to play in the 4th quarter last year. Some things just aren’t meant to be.

The aforementioned Jaguars should be in all-out tank mode by now. The Colts could be closing out the season at home playing for a playoff position. Colts close out strong, why not?

Crazier things have happened. The schedule is soft to begin, and momentum could easily pick up from there. This is an optimistic prediction, but not an unachievable one. First things first, everybody stay safe so we can have the season start on time.