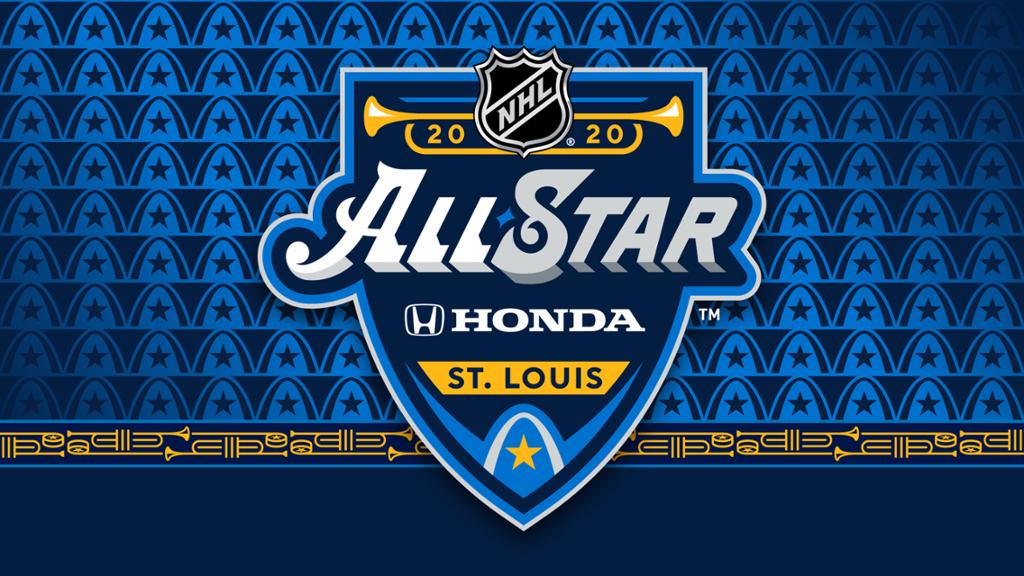 This year’s NHL All-star game is being played in the city of St. Louis, Missouri. It has been quite a year for the Blues. They just won the Stanley Cup for the first time in franchise history, “The Best Comeback” ESPY and now are hosts of one of the most iconic weeks in hockey. The reveal of the logo for this year’s All-Star game was shown on the 26th of August. The logo created for the city of St. Louis features a trumpet on the top and the famous Arch on the bottom with a star in the middle of it! The trumpet is symbolic for the Blue note and the song they sing when entering the ice before each game, “When The Blues Go Marching In.” Of course, the logo is in Blues color, yellow and blues.

The best of the NHL will face off against each other in the skills competition and the division exhibition games.  The skills competition consists of the fastest skater, best puck control, hardest shot, passing and shooting accuracy and goal saving streak. Here were the winners of each group last year:

Passing accuracy:  Leon Draisaitl finishing with a time of 1:09.088.

Shooting accuracy: David Pastrnak with a time of 11.3 seconds.

Longest save streak:  “The King” Henrik Lundquvist with a streak of 12 saves!

The kick-off of the All-star game begins on January 24th tand goes until 26th at the Enterprise Center, the new home of the Stanley Cup.