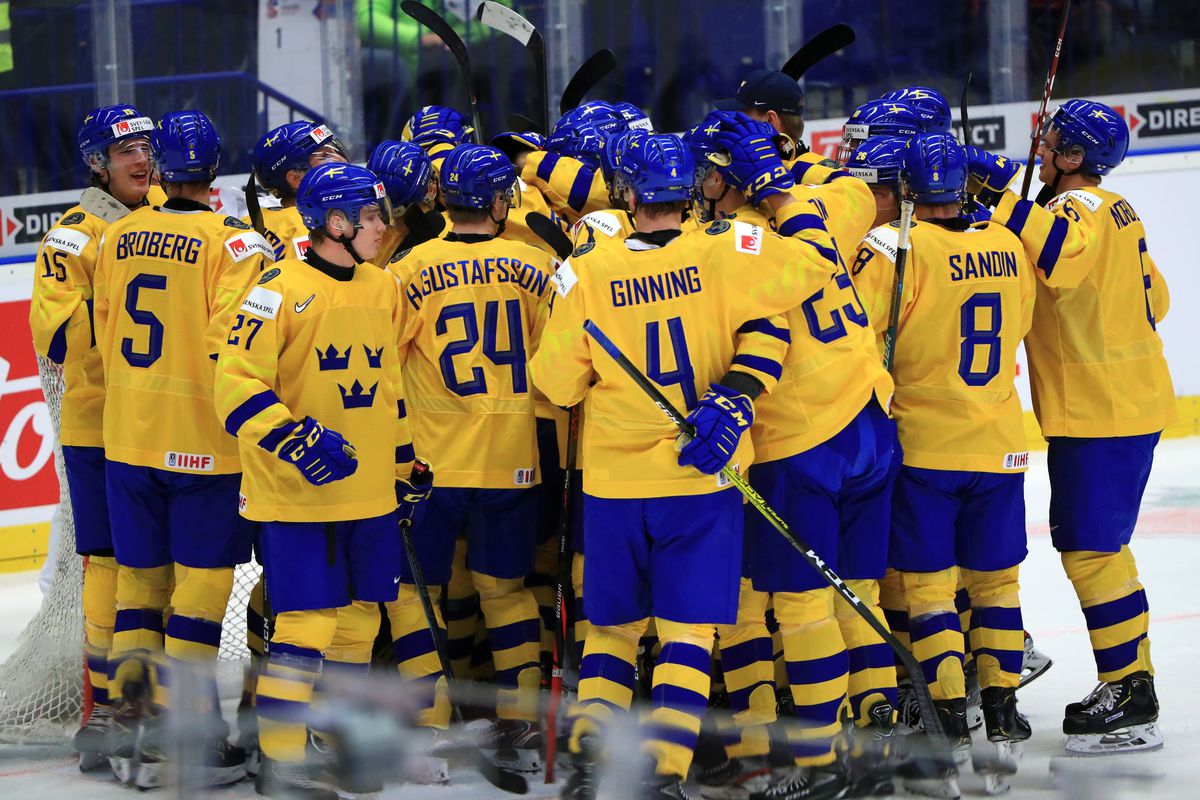 This Swedish World Junior team could really be nicknamed the Swedish Red Wings, with five prospects coming from Detroit. They have an interesting mix of players, as they feature six first round draft picks, five undrafted players, and six returners from last year’s bronze medal team. They should, as usual, be in the mix for a medal. Team Sweden also has a 47 game round robin win streak, so don’t be surprised if they go undefeated in the round robin.

When it comes to goaltenders, last year’s starter Hugo Alnefelt (Tampa Bay, 71st overall), who finished the 2020 tournament with a 2.12 goals against average and a .921 save percentage, will lead the way and should perform well. He should be followed by top 2021 prospect Jesper Wallstedt.

Overall, Sweden is a team that should be dominating defensively but could be too dependent on a few forwards for offense. Look for them to advance far, but if they draw a deeper team like Canada or the United States, they could run into trouble. However, they’re still a team to bet on when it comes to advancing to the medal round.

Team Sweden opens the tournament against the Czech Republic on December 26th at 2:00 p.m. (EST).