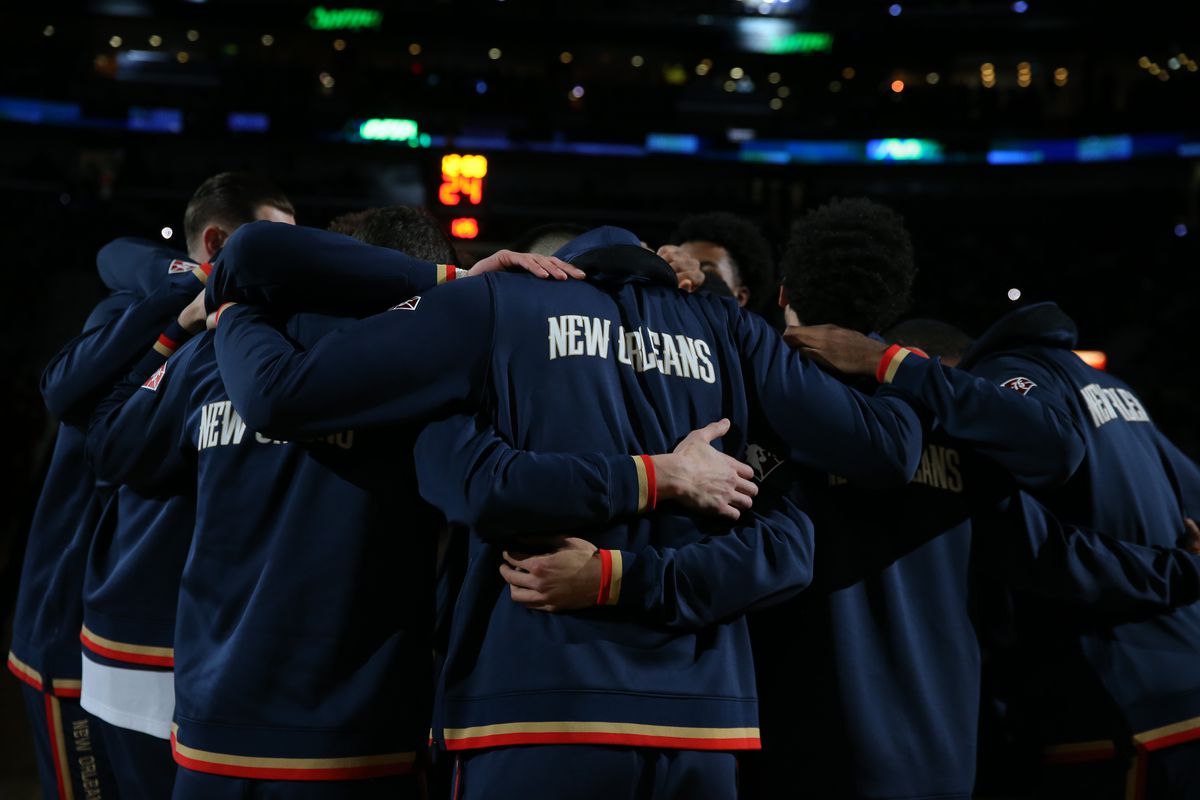 The New Orleans Pelicans last season felt like a tale of two halves. Their young star and 2019 No. 1 overall pick Zion Williamson was out for the season and they started a disastrous 1-11 in their first twelve games. Things couldn’t get any worse for New Orleans. However, after some retooling of their roster with more veteran presence, they went 35-35 and landed the 8th seed, qualifying for the play-in tournament.

In the play-in tournament, they appeared to find their identity and made the playoffs, outlasting the Los Angeles Clippers. Although they faced the mighty 1st seed Phoenix Suns, New Orleans proved to be quite a challenge. While the Suns won in six games, it was supposed to be a sweep, and they could’ve had a chance to upset them.

The Pelicans overall had a quiet offseason. They had a chance to win the Kevin Durant sweepstakes, but it appears that they desire to keep and continue developing their young core. Here’s an overview of who they currently have on the roster:

The one spot is an interesting situation for the team. Currently, Devonte Graham looks to be a lock, but his playoff performance against Phoenix was nonexistent. Additionally, in the regular season, he averaged 11.9 points with shooting splits of 37% from the field and 34% from three point range. Coach Willie Green definitely has that on his mind in case they do need to figure out how Graham can contribute in crunch time.

Other point guards are Jose Alvarado, who made quite the impact in the playoffs, and Kira Lewis Jr. Kira is coming back from an ACL tear and MCL sprain. While those injuries have been career impacting over the years, Kira is only 21 years old, and is capable of bouncing back from this setback.

With the lack of depth and inexperience at Point Guard, New Orleans will most likely have to address this later in this season should things go south.

CJ McCollum will be the starting shooting guard for the Pelicans. Last season the team acquired the former Most Improved Player via trade, which really helped them recover from their losing woes. His playoff history isn’t anything to ride home about, but it’ll be interesting to see how well the Pelicans do, having CJ for a whole season. He’s a 20-25 points per game scorer, which is all you can ask for.

On the bench is Trey Murphy III. Murphy’s got solid three point shooting wing potential and played well in the playoffs. He is expected to get a bump in his minutes following the loss of Josh Hart, who was traded to the Portland Trailblazers. The remaining guards are Jared Harper, who’s on a two-way contract, and Australian rookie Dyson Daniels.

Let’s be clear: This is Brandon Ingram’s team, and the All-Star is here to stay. He gained more trust in the team when they refused to give him up for the Kevin Durant sweepstakes.  Although he only appeared in 55 games last season, he blossomed in his playoff debut, averaging 27 points on 48% from the field and 40% from three point range. Given the surgery he had on his pinky finger following a first round exit, this shouldn’t be much of an impact on his game.

The Small Forwards on the bench are Herbert Jones, Naji Marshall, and Garrett Temple. Jones had a very solid playoff debut, as he started all six games. He averaged 10.7 points with an impressive 48% from the field and 42% from behind the arc. Naji Marshall hopes to receive more playing time under his belt since the CJ McCollum trade. Temple is entering his 13th year in the league at age 36. An underrated journeyman, he will provide a veteran presence on the court and in the clubhouse.

The power forward position will go to Zion Williamson. It’s been two years since the NBA has seen the All-Star on the floor. A definitive wild card for this upcoming season, Williamson is determined to make a ferocious comeback. It’ll be box office entertainment to see him back on the court again dunking all over everyone. The great thing is that he is starting fresh with no minute restrictions. New Orleans signed him to a 5 year rookie max extension worth $193 million with the option of him losing money if he doesn’t have his weight under control. If he keeps his weight low and earns any notable NBA award, he could increase his overall salary to $231 million.

The only viable power forward on the bench for the Pelicans is high flying post dunker, Larry Nance Jr. Acquired as a piece in the CJ McCollum trade, he proved to be a solid piece off the bench during the latter half of the regular season and the playoffs. Nance is strictly used for post play, and blocking shots from the rim.

Finishing out the starting lineup will be NBA veteran Jonas Valanciunas. Valanciunas played well last season, averaging nearly 18 points with 11.4 rebounds in 30 minutes. His respectably 36% from three point land gives him the ability to space the floor with rebounding upside. This is something the Pelicans desperately need, as they aren’t much of a three point shooting team in the starting lineup.

On the bench is Jaxson Hayes and Willy Hernangomez. Entering his 4th year in the NBA, Hayes averaged 9.3 points per game with 4.5 rebounds in 20 minutes over 70 games last season. Additionally, he was solid from deep, as he posted a 35% clip. Hernangomez increased his free throw percentage to 77% last season. Expect him to draw more shooting fouls in the paint.

The question surrounding the future of the New Orleans Pelicans centers the health and availability of Zion Williamson. Can Zion play as well as he did two seasons ago? Or will injuries continue to plague his career and keep him off the court? While the team definitely cemented themselves as a playoff participant last season, it’ll be less likely without their star Forward. This will be a make or break season for the former number one overall pick. Without Zion, the Pelicans can possibly qualify for the play-in tournament. Of course, that’s not their end goal. If Zion is healthy, the possibilities are endless.

While it’s unlikely that they’ll end up as NBA finals contenders this season, they are certainly headed in the right direction. They’ve got Brandon Ingram. CJ McCollum is a reliable scorer. They need Zion Williamson to get them over the hump, and turn themselves into one of the most dangerous teams in the NBA.