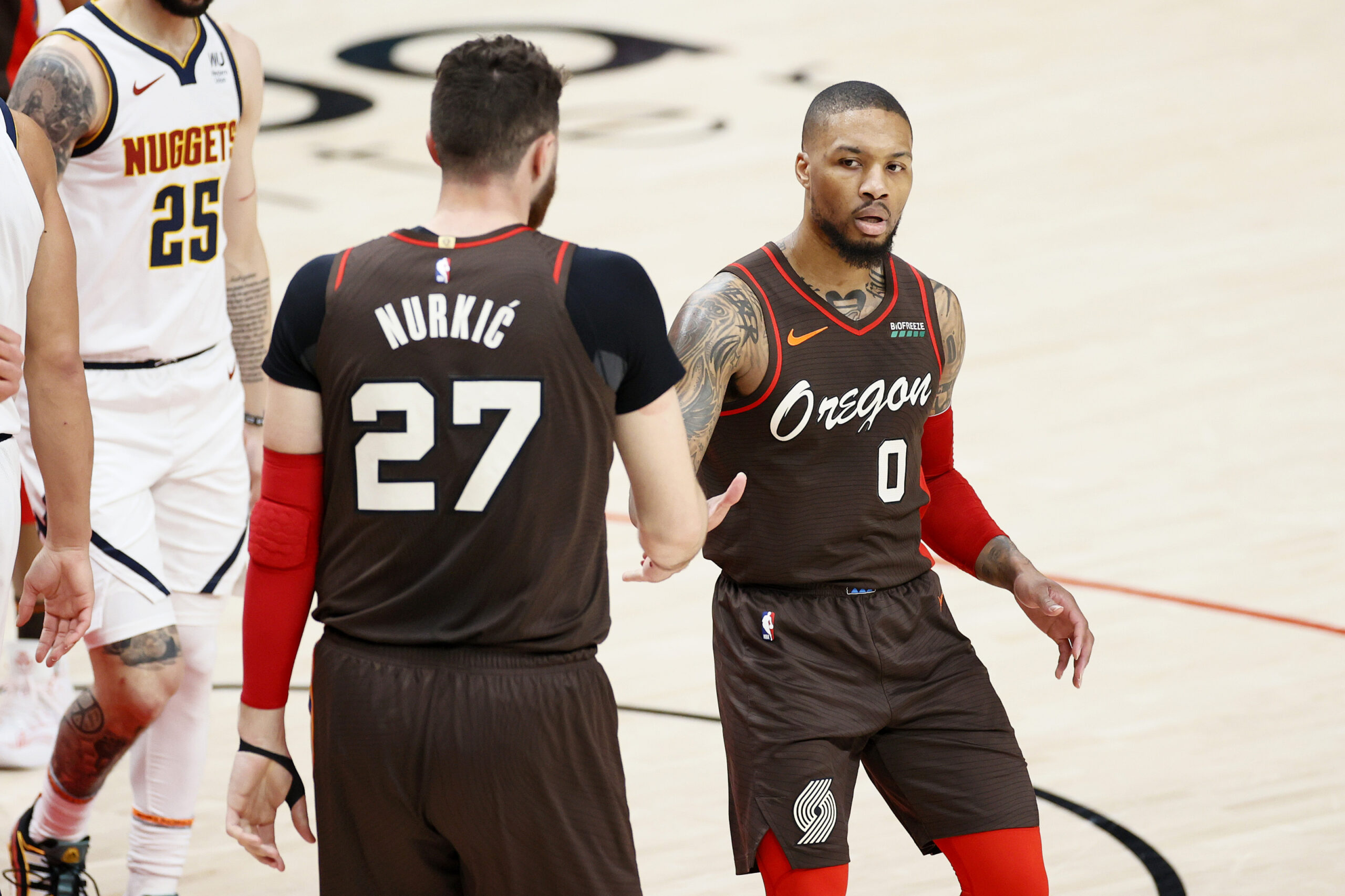 Making A Run For The Playoffs

Last season the Portland Trail Blazers finished 27-55 in Chauncey Billups‘s first season as head coach. With Damian Lillard only playing 29 games, the Blazers struggled all season. But the one good thing for the Blazers was the development of Anfernee Simons; he averaged 17.3 points per game on 44% shooting from the field and 40% from beyond the arc. With Simons taking on a more significant role, Lillard back healthy role, and Portland adding Jerami Grant, could Portland make a run at the Playoffs?

Lillard is healthy and ready to lead the Blazers this season. However, the Blazers will need high-level production to be successful this season. With the ball in his hand, Lillard is lethal, and with a better supporting cast, he should have an outstanding season. When Lillard goes to the bench, it will be a point guard by committee; with Simons and Josh Hart, he can play the one through three positions.

Simons will be the starting two-guard; although he is undersized, Simons can really score the basketball. With him and Lillard, Portland will have an explosive backcourt. In addition, the Blazers added Gary Payton II, and he will help them out tremendously on the defensive end of the court. Payton is scared of no one and is an outstanding athlete. Hart will also see some time at shooting guard; he is a good depth piece.

It is time for Nassir Little to step up for the Blazers; last season, he averaged 9.8 points per game. However, Portland will need much more from him to be successful. He is entering his fourth year, and it’s time for Little to be a double-digit scorer. Portland drafted Shaedon Sharpe in the draft, and he can play the two or the three. He has tremendous upside but was hurt during Summer League. If Sharpe can develop, he could help the Blazers.

Grant was a huge get for the Blazers; he can do many things to help Portland win. Grant averaged 19.2 points per game in 47 games for the Detroit Pistons last season. He could excel as a floor-spacer and slasher and be outstanding as the roller in pick-n-roll situations. With the addition of Grant, he can help the Blazers be more efficient on offense, and playing next to Lillard will help Grant with his efficiency. In addition, Justise Winslow will give the Blazers good scoring punch off the bench and will play solid minutes for the Blazers. Rookie Jabari Walker could be a combo forward, and he can shoot from the outside. Walker is also a capable defender.

If Jusuf Nurkic can stay healthy, he is capable of averaging 17 and 11, but health is the issue. Nurkic plays well with Lillard, and with Grant added to the roster, Nurkic could be even better this year. Although undersized, Trendon Watford could see time at the backup center position. He played well in his rookie season for the Blazers; Watford can do the little thing that helps teams win.

Will The Blazers Make The Playoffs?

A healthy Blazers team should be able to get into the play-in game. The Western Conference is deep, and some teams have improved. With a healthy Lillard and the addition of Grant, the Blazers should be able to make some noise at the bottom of the Western Conference. It will all come down to if the Blazers can stay healthy and how well they defend.