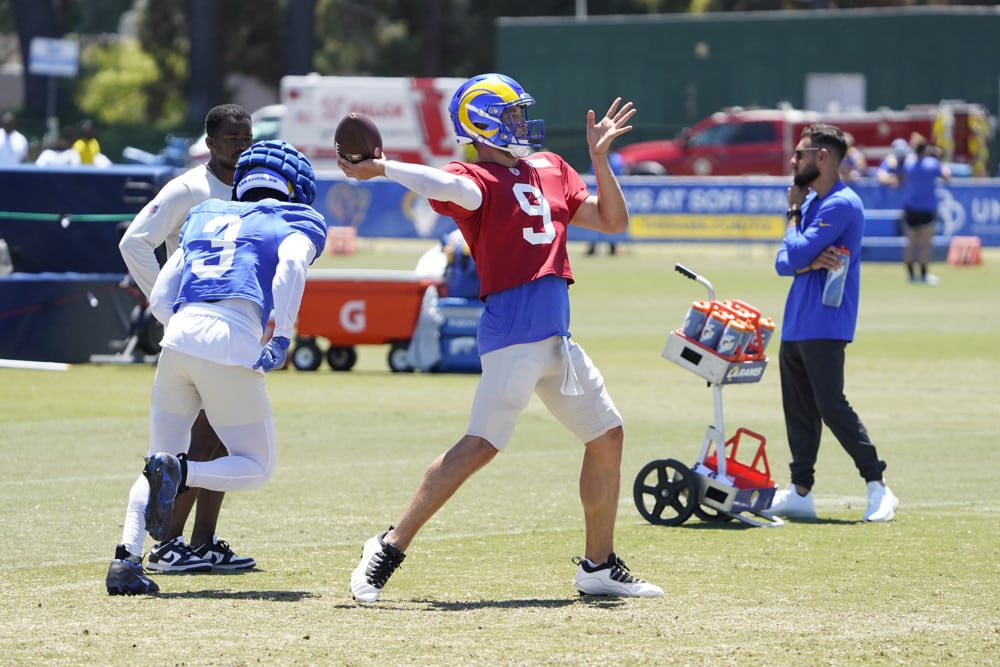 The Los Angeles Rams are coming off quite the season. They are fairly new to the city of Los Angeles and they have already won a Super Bowl last year in Los Angeles! To top it off, L.A legends Dr. Dre, Snoop Dogg, and Kendrick Lamar performed at the halftime show. It would be totally understandable if they are in a bit of a Super Bowl high next season.

That said with their roster, that isn’t a good enough excuse not to be able to win it again. As all sports fans know, winning back to back titles is extremely hard and it is a sign of an all-time great and dominant team. The Rams absolutely have the team to be able to do that. They are arguably the best in the NFL. This team has the makeup to do something special, possibly breaking some records or even winning more than one more Super Bowl.

Along with Russell Wilson, the Seattle Seahawks lost another one of their best players this offseason, Bobby Wagner, giving the Rams one of the biggest new additions in the NFL. Wagner has been probably the best middle linebacker in the world for almost a decade. The Rams already had a dynamic defense, especially pass defense.

Wagner should now make them one of the best run defenses too. The Rams also signed wide receiver Allen Robinson from the Chicago Bears. Robinson had a bit of an off year in 2020-2021, but he was dealing with some injuries. In 2019-2020, Robinson tied the Bears record for most catches in a single season with one hundred and two. If Robinson can have a season that resembles that at all with the Rams, their passing attack will be unstoppable.

The Rams made some big signings but they lost a lot of big names as well. A big reason they signed Allen Robinson is because they lost their two and three top receivers this offseason, Odell Beckham Jr. and Robert Woods who are both very good. Von Miller, legendary pass rusher was traded to the Buffalo Bills which will probably hurt their pass defense a bit.

Andrew Whitworth was one of the better offensive lineman in the league for almost twenty years. Unfortunately for the Rams, he has decided to retire after riding into the sunset with his Super Bowl victory last season. This actually may be their most significant loss as their offensive line was not their strongest trait even with Whitworth. While these players are definitely major losses, the new players they obtained should be enough to replace that talent.

Three Players To Keep Your Eye On

Matthew Stafford statistically last season wasn’t quite as good as a lot of the media say he was. He did have forty one touchdowns and almost five thousand yards, but he also threw seventeen interceptions often at critical moments of the game. Of course, the Rams won the Super Bowl so he was evidently good enough.

If Stafford can clean up the interceptions this next season, the Rams will be almost unbeatable and they shouldn’t have much of a problem winning the Super Bowl again. Another player to watch is newly signed linebacker Bobby Wagner. If he’s anything like he was with the Seahawks, he will greatly increase their chances of winning back to back titles. All football fans will be eager to watch the great Aaron Donald come back for another season after considering retirement. The only reason he didn’t was because he believes he can get another ring with LA.

The Rams will definitely be tested a lot this season as their schedule is very tough. They are in one of the tougher divisions in the league and they have many other huge matchups as well including the Buffalo Bills in week one.

This is a very possible Super Bowl matchup as Buffalo is seen as a strong contender as well. They also play the Tampa Bay Buccaneers, the Super Bowl champs of two seasons ago. Assuming Tom Brady actually plays this year, this will be one of their toughest games and a likely NFC Championship matchup.

The Rams are all-around probably the best football team on the planet. While anything is possible, if the Rams stay healthy it’s hard to bet against them to win it all again. They are a well balanced super team.