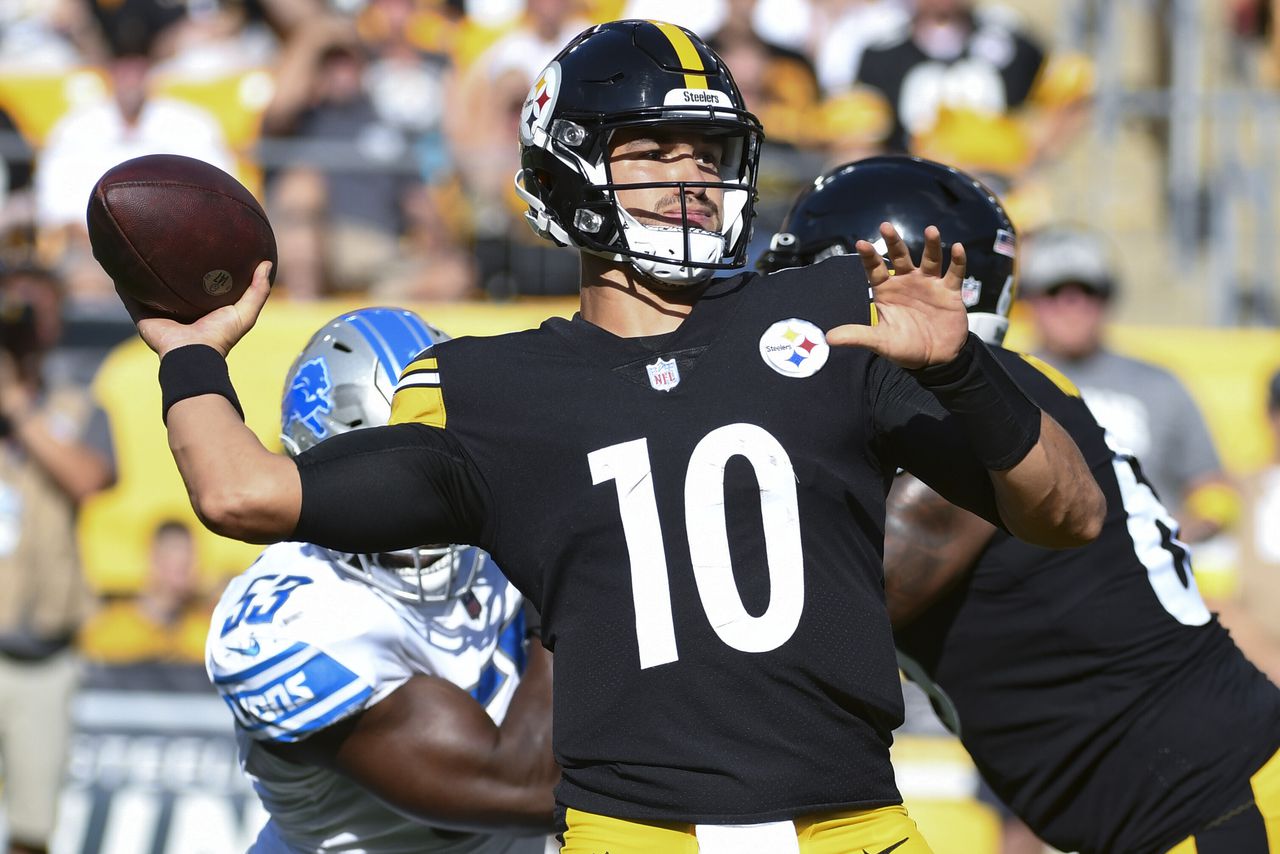 The Steelers had to find some quarterbacks because their eighteen year veteran Ben Roethlisberger retired after last season. It was definitely time for Ben to go as he has not really been his old self the past few seasons. Pittsburgh also lost Ju-Ju Smith-Schuster which can be looked at as a pretty big loss as he was fantastic a few years ago. He has been injured the past couple of seasons, thus less effective. Now, the Steelers don’t have much of a passing attack that we know of.

The main player to keep an eye on for the Steelers is probably Mitchell Trubisky. Quarterback is the most important position after all. Trubisky had his troubles with the Bears, but there’s a chance with this new start and previous experience he will play better with Pittsburgh. If he does, it will be huge for the Steelers who have struggled on offense the past couple of seasons. He will automatically bring some needed youthful energy and athleticism to the position after Big Ben retired as he is still young. Running back Najee Harris will be Trubisky’s new best friend as he will be drawing most of the attention from defenses. He had a big breakout season last year and is the Steelers’ best offensive player. It will be interesting to see if he can build on that and have another great season. Speaking of having a great season, T.J Watt made history last year breaking the single season sack record with twenty two and a half sacks in just fourteen games. The Steelers will need him and the rest of the defense to carry the team again if they want to make the playoffs again.

The Steelers are in a pretty tough division. Four of their biggest games will be against division rivals in the AFC North, the Cincinnati Bengals and Baltimore Ravens. The Bengals should be considered Super Bowl contenders as they went last year. They will want to have a high seed in the AFC to help their chances of going again. Playing the Steelers twice will be a challenge as they are fierce rivals and have a great defense. The Ravens and the Steelers will be fighting all season for a wild-card spot in the playoffs. For the Ravens they may have a small chance of beating out the Bengals for the division crown. So, the Pittsburgh Baltimore matchups should be good especially because both teams are tough and gritty.