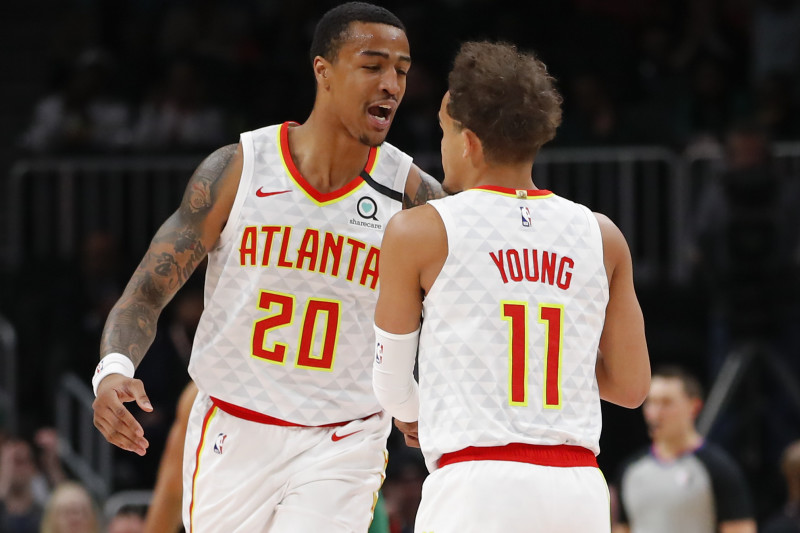 The Atlanta Hawks (43-39) came into the 2021-22 season with high expectations after reaching the Eastern Conference Finals the season before, then fell to the eventual NBA champion Milwaukee Bucks in six games. It was only the second time in the past 54 years this franchise has gotten past the second round. Then disappointment set in after they had to win both of their “Play-In” games to get into the playoffs then lost in the first round in five games to the top seeded Miami Heat. They’ll have a new look heading into the 2022-23 season. 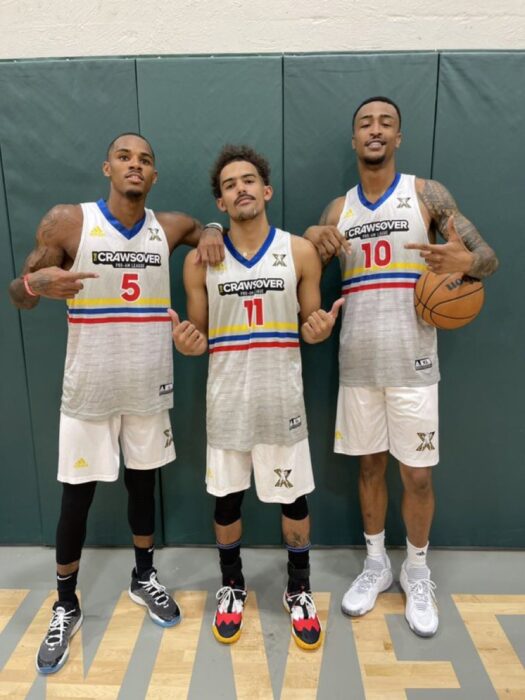 Since being drafted in 2018 by the Dallas Mavericks and being swapped for Luka Doncic on draft night, point guard Trae Young has led this team from the moment he arrived. He has started every single game in his four years with a career average of 25.3 ppg and 9.1 assists. All the pressure has been on Young to get this team back in serious contention for a championship and eventually it seems to catch up to this team as they started playing the good teams in the playoffs. This offseason they decided to try and get Young help and someone else who can make plays for himself and others.

In June, they traded for first time All-Star Dejounte Murray from the San Antonio Spurs to pair with Young in the backcourt. Murray, had career-highs across the board last season with Spurs 21.1 ppg, 9.2 ast, and 8.3 reb and had his former team in the “Play-In” tournament with a chance at making the playoffs before losing to the New Orleans Pelicans. Some people think the Hawks may have given up a lot for a guy who is a one time All-Star and someone who plays the same position as Young. The Hawks sent a 2023 first-round pick via Charlotte plus their own 2025 and 2027 first-round picks to the Spurs in the deal as well as veteran Danilo Gallinari.

They have to figure out how to replace Kevin Huerter who they traded away to Sacramento after the season. He started 60 out of 74 games during the regular season and started all five of their playoff games against the Miami Heat. He didn’t have numbers that stood out, but he was someone that coach Nate McMillan trusted to make shots and defend multiple positions with his 6’7 frame. They got in return Justin Holiday and Mo Harkless but neither of them are guards.

They still have Bogdan Bogdanovic (15.1 ppg) coming off the bench who can score with the best of them, and will probably be the first guard off the bench for coach McMillan. They signed Justin Holiday’s younger brother, Aaron Holiday in July to help the depth behind Murray and Young. They still have veteran Lou Williams on the roster more to help this young team with veteran leadership, but he might get minutes if the team needs a spark.

This begins with John Collins, the $125 million dollar man who signed an extension back in August of 2021. He only played in 54 games this past season due to a Plantar Fascia tear in his right foot which resulted in just 16.8 ppg (second lowest since his rookie season 2017-18). So he will look to get healthy and help this team get back to a Conference Finals. The other starter will be DeAndre Hunter who has started 133 of 139 games in his three year career. He had a solid showing in their first round loss to Miami leading the team in scoring at 21.2 ppg in those five games. He’s long and athletic and might emerge as one of the top on-ball defenders.

After them coach McMillan will be looking for other wings that can come in, make shots, and play defense. There will be few who will be vying for minutes. Veterans Justin Holiday and Mo Harkless are both long and athletic and will more than likely be interchangeable next season. Former sixth overall pick Onyeka Okongwu back in 2020 will also be part of the rotation. He has shown growth from year to year two, but he is a big that will play power forward and some backup center. They drafted another forward AJ Griffin out of Duke with their first round 2022 pick (#16 overall) and drafted Jalen Johnson just a year prior with the #20 pick, but he didn’t get much playing time just appearing in 22 games in his rookie season. They also took Tyrese Martin with the #51 out of Uconn. Not sure how much coach McMillan will try to rely on rookies to contribute right away, so they may play sporadically throughout this season.

The Hawks have one of the best rebounding big men in this league in Clint Capela. He finished 5th in rebounding (11.9/gm) and is prototypical for today’s league because of the ability he possesses. He rebounds, runs the floor, and can defend the rim with the best of them. He had 35 double-doubles last season and is integral to this team having any success this upcoming season because there’s not a proven center behind him. They signed center Frank Kaminsky this offseason (one-year deal) to help give this team some size. The former lottery pick (No. 9 overall) back in 2015 out of Wisconsin hasn’t panned out in his seven year career thus far. He’s only started 49 games out of a possible 377 and has only averaged double figures three times in his career. He can help stretch the floor, but don’t expect much elxe if he is not knocking down shots. But between Collins, Hunter, and Capela the frontcourt will be very athletic.

The City of Atlanta has not had much to cheer for as far as basketball. Yes, the baseball team just won the world series back a year ago but basketball fans haven’t had much to cheer for. The new roster they will put on the floor next season might give them excitement, but they’ve gotten that  over the past several years. They are looking to be cheering for this team in late May and June when it counts. It starts with the backcourt and can Young and Murray coexist in the backcourt? That’s the biggest question heading into next season. Young has had the keys to this franchise since 2018 and now he will get the opportunity to play with a guy in Murray who can take some of the pressure off of him and the team can flow without Young on the floor. But Murray got accustomed to having the ball in hands in San Antonio, so will he be ok being the 2nd option?

Defense also has to be a focal point heading into next season. They gave up 112.4 ppg and only the Minnesota Timberwolves were worse heading into the postseason. So the offense and putting up points should be fine, but keeping good teams from getting whatever they want on offense will keep them from being one of the top teams in the East.