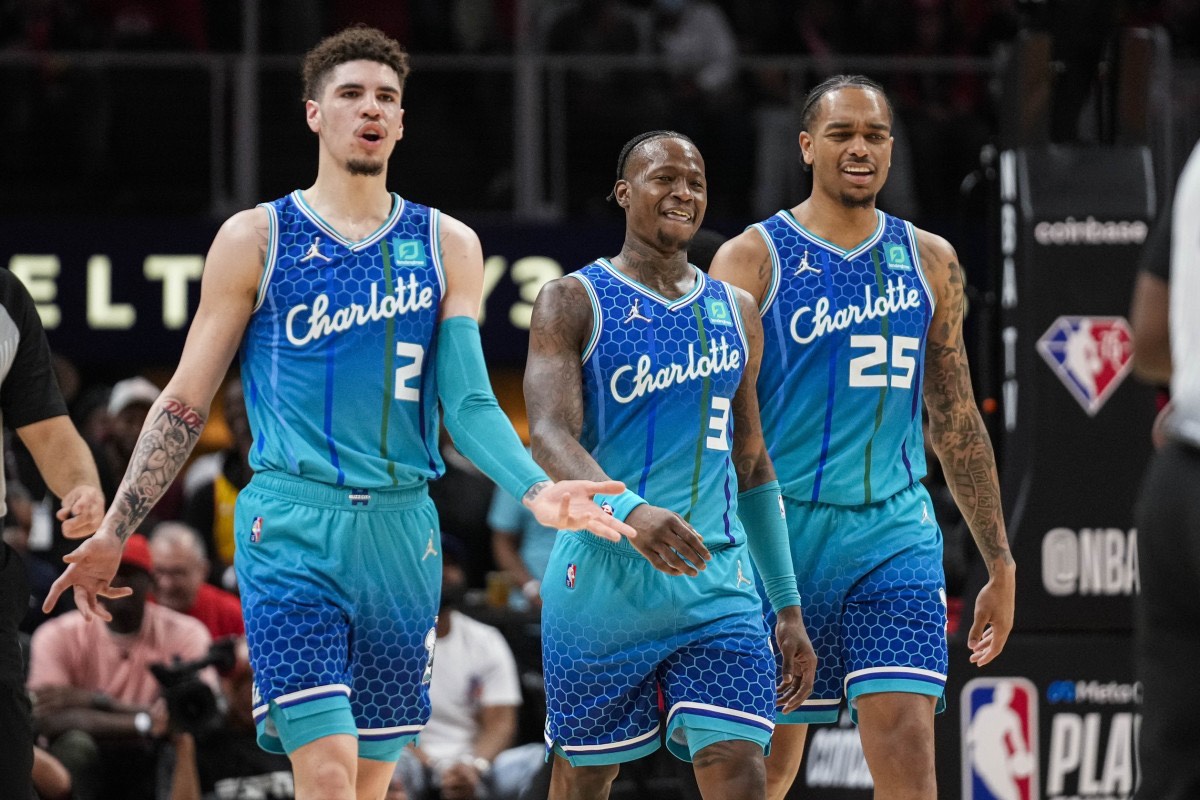 A young and talented Charlotte Hornets will look to take the next steps in the rebuilding process next season. After a 43-39 finish last season, good for 10th in the Eastern Conference, the Hornets have had a drama filled offseason to this point.

Overshadowed by certain player’s legal allegations against them, Charlotte hired head coach Steve Clifford for his second tenure with the team. Clifford will put much emphasis on the defensive end going forward, as well as keeping the fast paced offensive scheme alive. The Hornets have been at the bottom of the list in most defensive categories for multiple years now. With the youth and length, the Hornets present on paper, they have all the capabilities of being a solid defensive team.

Highlighted by the dynamic duo of LaMelo Ball and Terry Rozier, Charlotte will look to lean on these guys to lead their team on both ends. Last season the two guards combined for the second worst defensive rating among starting backcourts, only behind Jalen green and Kevin Porter Jr. of Houston. This will need to improve to have any chance of a push at the playoffs. Which will be difficult in a tightly contested Eastern Conference.

The NBA world will be keeping a close eye on LaMelo to take the next big leap towards superstar status. The 21 year old has all the skill and basketball IQ in the world, his only problem is defense. Which is confusing because he has the length of a Ben Simmons and speed of a De’Aaron Fox. Even back in his high school and AAU days, you rarely saw much effort of the defensive end. This will need to change for him to take the next step towards greatness. Hopefully Coach Clifford can pry it out of him.

The two guard will fit Terry Rozier at the start of games while LaMelo runs the offense, but for most of the game we will see Terry and LaMelo split the point guard duties. This leaves Kelly Oubre Jr. and Cody Martin at shooting guard. Two capable defensive players that can get hot from deep at any moment.

Oubre had multiple 20 point games for Charlotte last season and seemed to fit right in with the run and gun style offense. His corner spot up shooting enables floor spacing for Ball and Rozier to work in the pick and roll.  Cody Martin usually comes in for foul trouble and defensive purposes but makes for a great 4th option off the bench.

The forward spots are where the lack of depth starts to appear for the Hornets. Gordon Hayward looks to be the main guy here. Although Hayward has never been the same player he was before his gruesome leg injury, he still provides solid veteran leadership to compliment the young stars.

We know at this point in Hayward’s career that we will not get another full season out of him. W can expect a maximum of 50-60 games played this season. The Hornets small ball lineups will have to pick up that slack in the meantime. With lineups that contain, for example: Ball, Rozier, Oubre, Washington, and Williams. As long as the small ball lineups can hold their own on the glass, they could give teams fits with this look.

Two key pieces of Charlotte’s roster, Miles Bridges and Montrezl Harrell, have been involved in serious legal trouble all summer. They are gigantic losses, especially Bridges being a key piece they were building the team around.

There are still questions as to whether Bridges will play or not this season for any team. There has been little to no information released on the case, so we can expect Miles Bridges to not play at all this season in the NBA. How will Charlotte fill the void of 20 points and 7 rebounds a game?

PJ Washington showed promise from last season. He was solid on the block against big men and is able to spread the floor with his three point shooting ability. While he doesn’t have the athletic ability of Bridges, he can score from all three levels just as efficiently. Young Jalen McDaniels also showed flashes of confidence last year. Clifford will for sure use his length and versatility on the defensive end.

The center position will be a very competitive spot in practice in 2023, with Mason Plumlee, Nick Richards, and rookie Mark Williams all eyeing the starting job. Plumlee has been mediocre the past couple years. The inconsistencies with foul trouble and rebounding did not help the Hornets’ defensive issues.

Nick Richards gave sparks off the bench late in the season and showed he could be a better version of a Mason Plumlee. We also know what rookie Mark Williams can bring to the table coming off his outstanding freshman campaign at Duke. These talented big men need some experience under their belt to get more adjusted to the physicality of the NBA. With a little time, Charlotte will have a few solid centers on the depth chart that can fit the style of Hornets basketball.

With all the added speculations surrounding the organization, and Steve Clifford being hired back as the head coach, it is tough to tell how the Charlotte Hornets will pan out this season. It will be a challenge going up against a stacked and more experienced Eastern Conference. And, with Hayward constantly coming in and out of the lineup, leaving lack of depth at forward, it would be tough to think that Charlotte would make a play in game next season.

The world is eager to see LaMelo Ball take the next step in his adolescent career. If the pieces around Ball can contribute on a consistent basis, we can possibly see Russell Westbrook type numbers on the box score. The sky is the limit for Ball and the Hornets organization, we may just have to remain patient in the meantime.