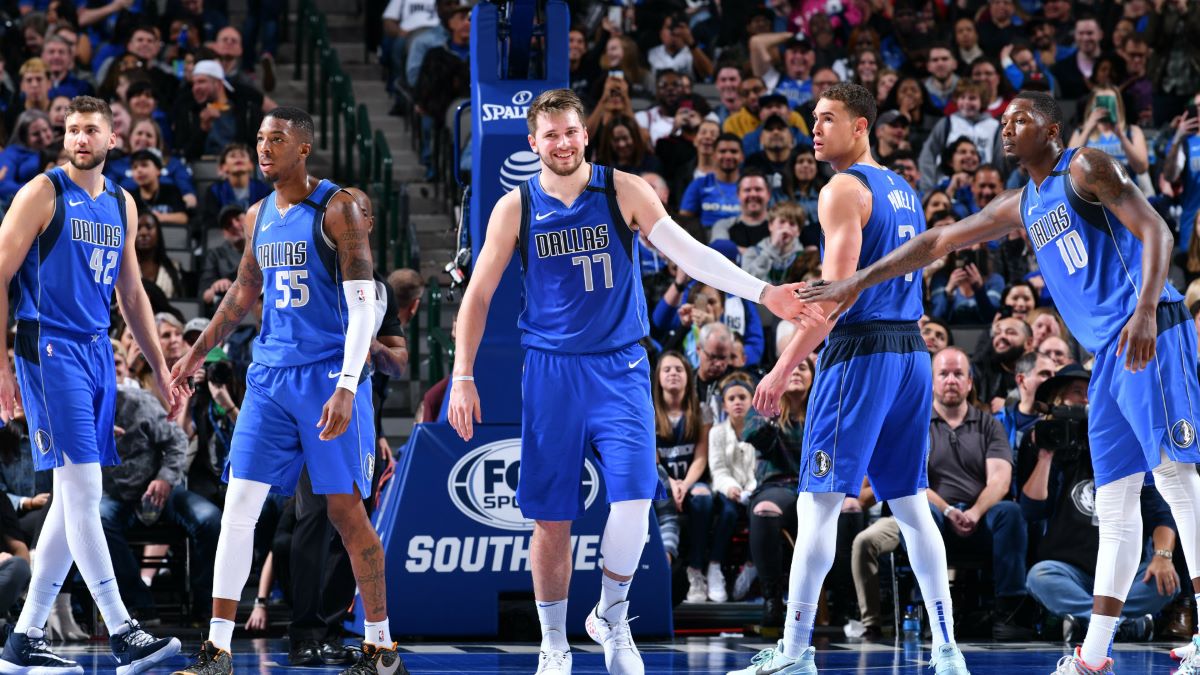 Can Dallas finally return to the promised land?

The Dallas Mavericks exceeded expectations last season, going 52-30 and landing the 4th seed. Besides their favorable matchup against the Utah Jazz, the team wasn’t expected to do much else in the playoffs. All eyes were on a Western Conference Finals matchup against the 1st seeded sixty-four win Phoenix Suns.

Either the Golden State Warriors or the Memphis Grizzlies were slated to face them. Golden State had their veteran core players back, healthy, and were poised to make a deep run. Memphis had an amazing season, and finished off 56-26 as the two seed with rising NBA star Ja Morant leading the way.

When the Suns went up 3-2 against Dallas in the Western Conference Semifinals, NBA fans and analysts expected Dallas to wave the white flag and try to regroup in the offseason. But did they? Absolutely not.

Dallas completely embarrassed the Suns in Game 6 and put the icing on the cake, leading as many as 46 points in Game 7 and cruised to a matchup with Golden State. Dallas stunned NBA fans all around the world with this embarrassing upset. Nobody foresaw how confident and capable they were in de-throning the defending Western Conference Champions.

While this was an amazing feat, that was as far as Dallas went. The Warriors finished them in a gentleman’s sweep and eventually won the NBA championship. For Mavericks fans, this isn’t a disappointment. This is great progress for the team as they continue pushing to reclaim an NBA title for the first time since the Dirk Nowitzki Era.  Last season cemented the Dallas Mavericks reputation as a title contender. With Luka Doncic as their franchise player, the team is likely here to stay. 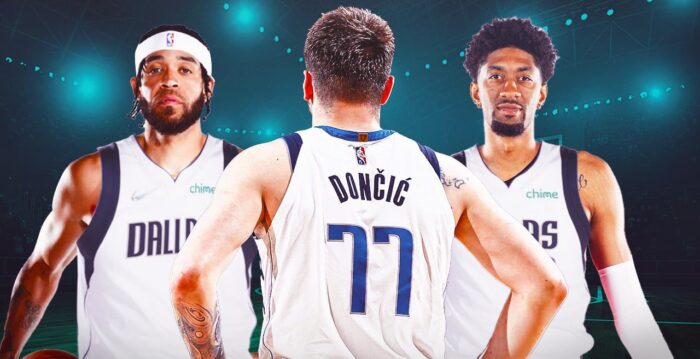 It is nearing the end of the offseason. In less than two months, the 2022-2023 NBA season will start. This is what the Dallas Mavericks have going forward.

The Point Guard for the foreseeable future is their franchise player, Luka Doncic. While it feels like he’s been wrecking the league for a while, he’s only 23 years old. Last season he nearly averaged a triple double with solid shooting percentages. He’s got the footwork of a 10 year veteran, can pass with his eyes closed.  A definitive MVP candidate next season, Doncic can only get better, and that’s even insane to say.

The few ailing issues are his defense. While he is an above average team defender, he has been a massive target during one on one. This was a main issue during the matchup against Golden State. His above average size for a point guard is a mismatch for opposing smaller guards as they can weave around him with ease.

There is a positive note, as he recently lost some of his size and gained muscle during his performance in Slovenia. There aren’t many options off the bench besides Frank Ntilikina, for more defensive depth.

With the departure of Jalen Brunson, there are a few shooting guards to replace him. Unfortunately,  they will most likely not fill the hole. The former Maverick signed a 4 year, $104 million contract with the New York Knicks this offseason, and while Dallas made the right decision in not overpaying him, they failed to replace him with the same or better talent.

They have the cap space to sign players such as Collin Sexton or Zach LaVine, but both are likely to return to their previous teams. Both Josh Green and Spencer Dinwiddie were non-factors in the playoffs. Jaden Hardy is an emerging stud from the G-League but needs more NBA playing time under his belt. For right now, the shooting guard position for the Mavericks is wide open

The most productive small forward right now for the Mavericks is Reggie Bullock. His overall playoff performance impacted them in a positive way. The timely three point shots and effective off-ball defense are things to consider for the NBA veteran. The main issue is his  reliability.

He’s a streaky player. There’s games where he does not miss a single shot, and then there’s games where he’s a complete liability on the offensive end. There are other options; Tim Hardaway Jr. is coming back from his foot surgery and will most likely come off the bench at the start. David Bertans is also a reliable option at Small Forward due to his Defensive IQ and high three point shooting percentage. There are a few lineups Coach Jason Kidd can experiment with for the starting small forward position. The best approach Kidd can make for the time being are to make adjustments in order to adhere to each opposing lineup.

Dorian Finney-Smith is the frontrunner for the Power Forward position. He was one of the more consistent players on the team. In 33 minutes, he averaged 11 points on 47% front and nearly 40% from behind the arc. Finney-Smith looks to continue being a mainstay on the team as a starting role player. There’s Maxi Kleber, who is a serviceable stretch four off the bench. The  issue with him is his shooting. At times he is knocking down shots with authority. injury history. Down in the G-League, the Mavericks signed Forward Moses Wright to a two-way contract. If Wright does well, he might replace Kleber if he isn’t a sufficient option.

The Mavericks scored a big piece in trading for Christian Wood. A borderline All-Star, Wood is a valuable piece to add alongside Luka. He is stellar in the pick and pop, which is what they desperately needed, given Luka’s high offensive usage.  Additionally, he is athletic, and can dunk the basketball with ease. His overall defense in the paint improved when he was playing for the Houston Rockets, and this should transition beautifully. With Wood as the starting center position, he will provide versatility to this Mavericks offense and push them closer to the promised land.

Dallas also signed reliable big man JaVale McGee. A 3-time champion, McGee will add much needed championship DNA and experience. The Mavericks need more size at the five, as they were ineffective in slashing to the basket and grabbing rebounds consistently last season. McGee can definitely fill in that spot on defense as well as the pick and roll player on offense.

With Christian Wood’s versatility, he can play the four while McGee can play the five if the Mavericks need a balanced approach. Other players are Mavericks mainstay Dwight Powell. He became reliable again last season, playing all 82 games after 2 years removed from his Achilles tear. Powell added a three point shooting game last season, and shot a respectable 35% from downtown. He will look to continue being a dependable center player off the bench and improve his game beyond the arc.

Adding Wood and McGee further cements the Dallas Mavericks’ versatility on offense to go full win mode. Although they made the Western Conference Finals last season, but the buck doesn’t stop there. Expect them to go full speed ahead for that elusive title.

Luka is still very young, so their championship window is wide open. The main problem is their depth at shooting guard. Losing Jalen Brunson is a huge blow to their depth at the two. Who will be able to fill the spot effectively? Do they need to trade for an All-Star guard alongside Luka? Will Spencer Dinwiddie possibly return to his Brooklyn Nets form? These various questions stem from the pressing situation that the team needs a quality shooting guard in order to compete against the loaded Western Conference.