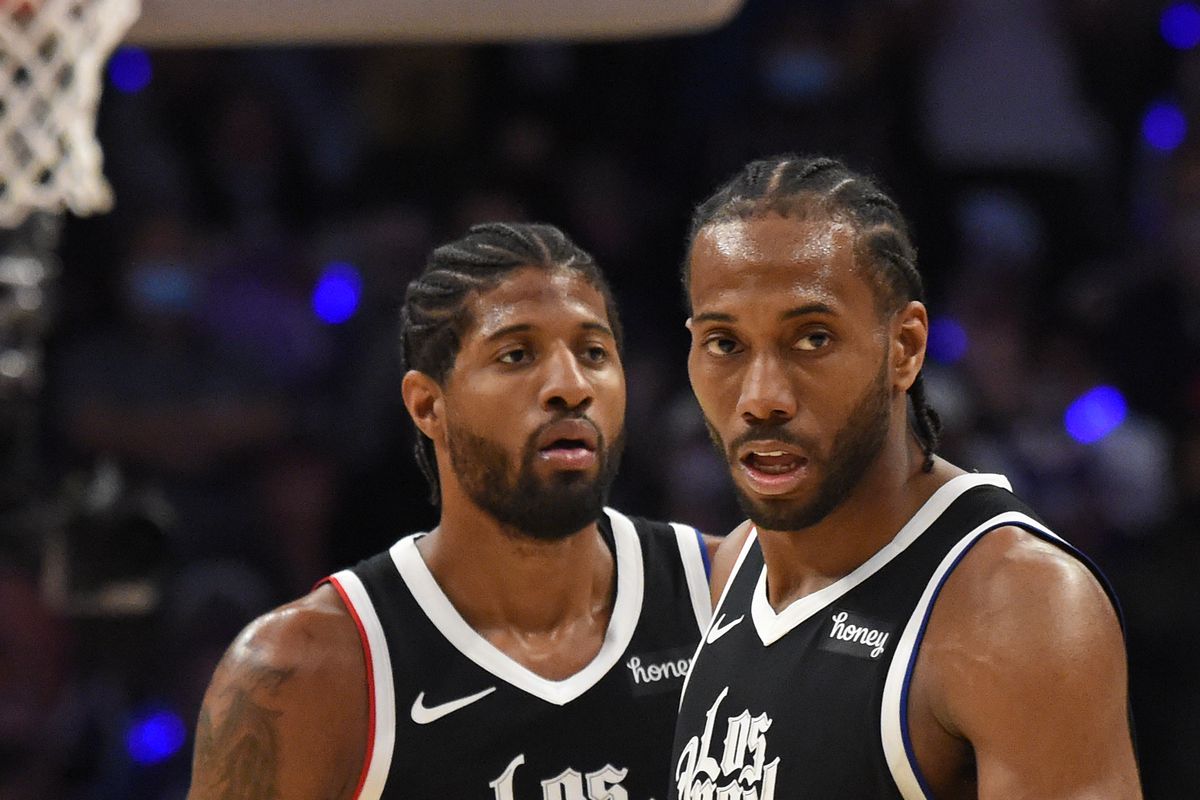 It’s been four years since the Los Angeles Clippers missed the playoffs (2017-18) where they had an identical record to this past season at 42-40. The last time we saw LA in the playoffs, they had finally gotten over the hump of getting to their first Western Conference Finals appearance before falling in six games to the Phoenix Suns.

Looking forward to this upcoming season there will be a lot of positives for this team, as well as several key questions

Health took a toll on this team a year ago dealing with major injuries to their two best players, Kawhi Leonard and Paul George.

It is difficult for any team to contend in a tough conference without their best player Leonard (partially torn ACL) missing the entire season, and George only playing in 31 of a possible 82 (right elbow). George also missed the second “Play-In” game against the New Orleans Pelicans because he tested positive for Covid-19. Head coach Ty Lue handled it as best he could under those circumstances. Now with a full year of recovery for Leonard should help immensely. People forget just three years ago he won his second championship along with his second Finals MVP for the Toronto Raptors. With a healthy George & Leonard, they will be able to compete with anyone.

The guard position is deep and will head into training camp with a battle at the point guard spot. I believe the starting position should be Reggie Jackson to lose. Jackson, who averaged 16.8 ppg last season has become a fan favorite and helped keep this team in contention for a playoff spot last year despite teammates being shuffled in & out of the lineup. Now with the addition 5x All-Star point guard John Wall who signed with LA after reaching a buyout from the Houston Rockets this summer, will get an opportunity to compete for that starting role. Wall, a career 19.1 ppg is currently No.1 according to the current depth chart on ESPN’s website ahead of Jackson. I believe the job is Jackson’s to lose, especially after Wall has only played in 40 games in the past two seasons for Houston.

They acquired former Champion Norman Powell (won the 2019 championship with Raptors) before the trade deadline last February and was a former teammate of Leonard’s on that championship team. He averaged 18.7 ppg with Portland before coming to LA. He will also be part of this backcourt rotation

With the growth of Terrance Mann who has made progress in each of his first three seasons is a player whose numbers aren’t eye-popping, but coach Lue trusts him to help close games. Luke Kennard will stretch the floor anytime while he is on the floor with his 44.9% 3-pt last year, and even lefty Amir Coffey showed a lot of progress last season. So head coach Ty Lue will have plenty of depth in the backcourt.

Whoever coach Lue decides to go with at the starting point guard spot, won’t necessarily mean he is better, but just may mean he is a better fit with the other four players in the starting lineup. Either way the backcourt is deep with players who can all do multiple things to help this team win.

The versatility at the Small and Power forwards is what will separate this team from the other 29 teams. It starts with their top two players in George and Leonard, but it doesn’t end there. They will be able to throw out different lineups that can defend at a high level, because of their size and length.

They have savvy veterans that will compliment Leonard and George. Marcus Morris Sr. started  all 54 games he played for LA last season and is the muscle for this team. He was steady for this team all last season averaging 15.4 ppg and shot a career best 87.2% from the FT line. Nicolas Batum who hasn’t been a double-figure scorer since his 2017-18 season in Charlotte (11.6 ppg) has hit big shots for this team and has been solid on defense all year. The addition of Robert Covington who came over from the Portland Trailblazers along with Powell, can make open shots created by others (54% from 3-pt in 23 games for LA) should bring versatility on defense with his ability to defend multiple positions.

The only current center on the roster is Ivica Zubac. Losing Big Man Isaiah Hartenstein to the New York Knicks may prove to be a bigger deal than it has been given credit for because he was an active big that was able to come in and run the floor and he did a lot of positives to help the team win. Zubac started all 76 games a season ago and had 25 double-doubles. They drafted big man Moussa Diabate out of the University of Michigan in the second round (43rd overall) but not sure if he will even make the roster. Coach Lue might just look at him as a project. The versatility at the wing position allows them to possibly only keep Zubac as their only center. But will that come to haunt them in the playoffs?