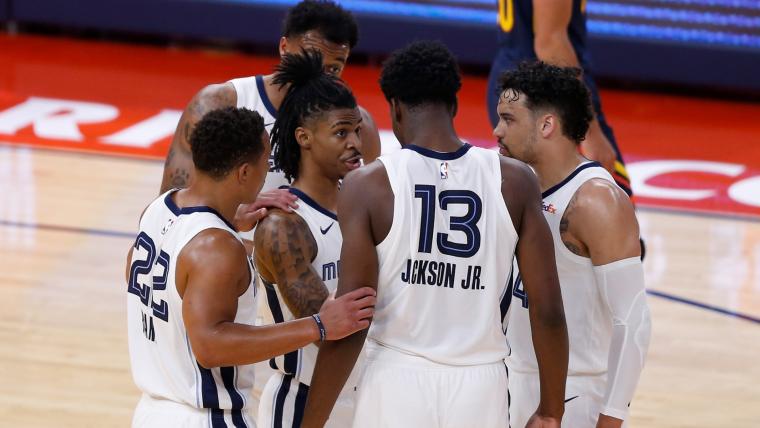 After tying a franchise record 56 wins, the Memphis Grizzlies despite being one of the youngest teams in the league, finished 2nd in the Western Conference. Their 56 wins were second most only behind the Phoenix Suns, who were favorites by many to represent the Western Conference after reaching the NBA Finals just a year ago. Those wins resulted in the teams first ever Southwest division title in the franchises 27 year history. It wasn’t enough to get them to their second ever Conference Finals appearance because they were bounced by the reigning NBA Champion Golden State Warriors in Game 6 in the Semifinals.

They weren’t even supposed to be in the conversation to get there if you factor in they were bounced by top-seeded Utah in the first-round in 2021, and the fact no one on the roster has played in meaningful playoff games. So it might have been difficult to pick this Memphis team to make any real noise.

But don’t tell them that.

Yes, they have a young roster, a young coach in Taylor Jenkins who is in just his 3rd season as a head coach at age 37, and even the youngest general manager to be named executive of the year this past season in Zach Kleiman who is only 33. They all believe they had the necessary pieces to get it done last season and they just fell short. They might have the future of this league in a small 6’3 and 174lbs frame in guard Ja Morant. He’s had the keys to this franchise since he came into the league in 2019 out of Murray State with the 2nd overall pick. A former Rookie of the Year, he was named to his first All-Star team and All-NBA team (2nd team), and was also named Most Improved Player after the season he just had a year ago. His scoring averaged jumped eight points from last season to 27.4 ppg, but it’s more than the scoring from Morant. This team rallies around him when he makes flashy plays and highlight dunks. There’s no telling where this team could have finished if Morant did not go down with a knee injury in the Game 3 loss of the Semifinals to the Warriors that resulted in him missing the remainder of the series.

This organization knows what he means to this team and city. So he was awarded with an extension worth up to $231M in the offseason with $193 of it guaranteed. It will ultimately reach $231M if he makes another All-NBA team, and they have no doubt that he will. After he signed the extension he put a tweet out saying “Memphis is my home!”  Despite Morant missing those final three games in the playoffs this team played well without him, they had an incredible 21-6 record without him. The depth of this backcourt was vital to the team’s success without him.

Backup point guard Tyus Jones helped keep this team moving forward without their superstar. He started every game in place of Morant and averaged 12.7 ppg and 6.6 ast in that role. His stability awarded him with a 2yr $30M extension this offseason. The growth of second year shooting guard Desmond Bane formed one of the top backcourts in the league this past season. Bane doubled his scoring average from his rookie season to 18.2 ppg this past season. He was also a 90% free throw shooter and shot 43.6% from 3-pt. Third year guard John Konchar doesn’t have big numbers, but has shown flash when called upon. Konchar, recorded a triple-double in the season finale against Boston with 17 pts, 13 reb, and 10 ast and it wasn’t against backups as the Celtics were trying to secure the No. 2 seed in the East with the win. He is someone coach Jenkins believes in and the organization rewarded him with a 3yr $19M extension in the offseason.

Rookie 1st round pick guard David Roddy (No. 23) from Colorado State was brought over from Philadelphia for former Grizzlies guard De’Anthony Melton. Melton was big off the bench for this Memphis team averaging 10.8 ppg. Along with Roddy, 3x NBA Champion Danny Green came over from Philly. Green will bring experience and championship pedigree to this young team and will look to knock down big shots. Rookie Kennedy Chandler was acquired on draft night (No. 38) from San Antonio.

They are one of the more versatile teams at the forward position. Jaren Jackson Jr. played in 78 of the teams 82 games and was on the cusp of making his first All-Star appearance after averaging 16.3 ppg last season. He has been consistent during the regular season, but during the postseason he’s struggled and his play seems to dip when it should elevate. He has to be on the floor for this team to be successful, he can’t foul out of three of the team’s 12 playoff games like he did this past postseason. Health will be key for him heading into next season coming off of surgery on a stress fracture in his right foot that is expected to keep him out 4-6 months which will more than likely keep him out of the beginning of the season.

The heart & soul of this team, Dillon Brooks, and the second leading scorer (18.4 ppg) from a year ago missed 50 games because of a broken hand to start the season and a sprained ankle that sidelined him midway through the season. He was also one of the most hated players around San Francisco and fans of the Warriors because of the flagrant foul 2 he committed on guard Gary Payton II in Game 2 of the  semifinals that resulted in a fractured elbow. He was suspended in Game 3 and head coach of the Warriors Steve Kerr said after the game, “He (Brooks) broke the code.” He is loved in Memphis because of his energy & effort he possesses every night.

Head coach Jenkins has options behind Brooks and Jackson Jr.

He can go with the third year athletic wing, Brandon Clarke who was consistent for this team during their playoff run. His effort around the basket on both ends was relentless and was vital in their series win against the Minnesota Timberwolves in the first round. Even rookie Ziaire Williams is someone that was trusted to play big minutes in last year’s playoffs. He has shown flashes and got the start in place of Brooks when he was suspended for that Game 3 against the Warriors, and he is only going to get better. They also acquired first round pick Jake LaRavia (No. 19) out of Wake Forest from Minnesota on draft night and drafted Vince Williams Jr. No. 47 overall out of VCU. So we’ll see if these rookies can bring anything to the team this season.

This team has size in the middle to go along with their athletic perimeter players, and it starts with Steven Adams. The girth he possesses is the perfect compliment to what this Memphis team has on the outside. His big 6’11 and 265lb frame was the biggest reason why this team led the league in rebounding at 49.2 reb/gm last season. Adams also led the league in offensive rebounds with 4.6/gm. Xavier Tillman might be the first big off the bench for Adams in most games. He started in place of Adams for six games in the playoffs because the matchup against Minnesota didn’t bow well for Adams. Adams then entered health and safety protocols towards the end of that series which resulted in Tillman starting. First year player Santi Aldama only appeared in 32 games last season, but when he was given the opportunity to play significant minutes he has shown he can play. He had two double-doubles last season.

After the season they had a year ago, and the youth of this team, they believe their time is now. They fell to the eventual champs, but after loss, Brooks had a message to them. “We’re young, and they’re getting old,” he said. “They know that we are going to come every single year.”

That may be true, but like Klay Thompson said after they hoisted their fourth trophy in the past seven seasons, “we know what it takes (to win)” and this Memphis team hasn’t done that yet. They might now have the largest margin of victory in NBA history over Oklahoma City (73 points), but Draymond Green of the Warriors believes this Grizzlies team is going to get a “reality check,” which is something they have used as bulletin board material in the training room. They will get first chance at redemption against the Warriors in a primetime matchup on Christmas Day.

The Grizzlies may not know exactly what it takes to win just yet, but with the experience they gained from a tough season last year, it can only be up from here. The entire state of Tennessee is behind this Grizzlies team. This team has fun, and they genuinely root for one another whether good or bad. They believe they have what it takes right now to give this franchise something they’ve never had before, a championship.