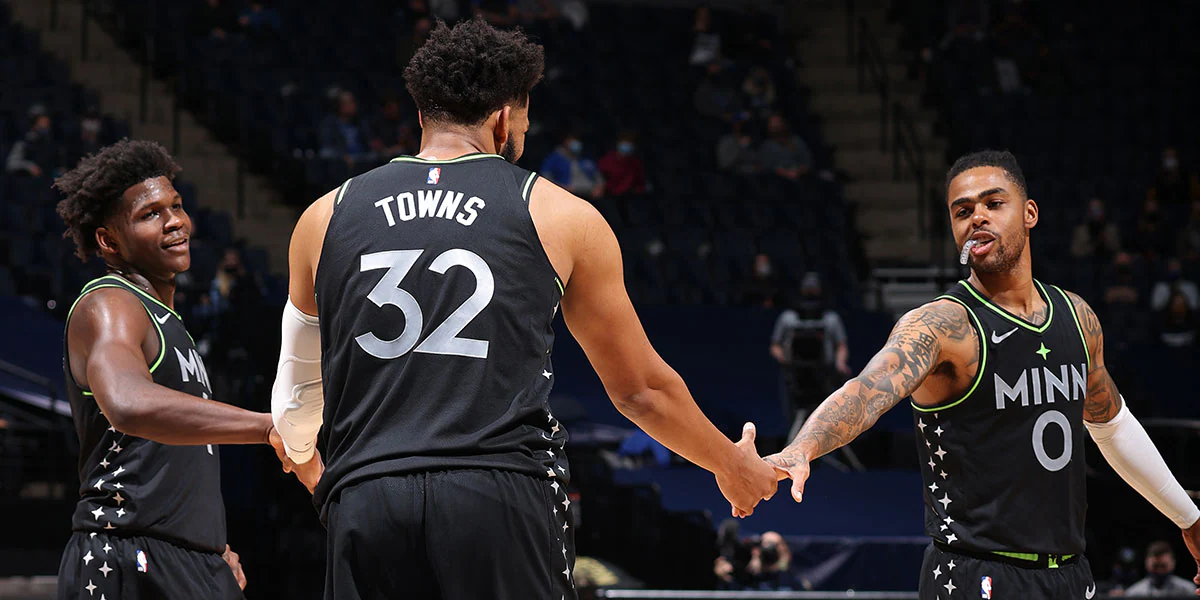 Can They Take the Next Step?

Surprisingly before last season even started, the Timberwolves fired their general manager Gersson Rosas and replaced him with Sachin Gupta. The team went on to finish 46-36 and defeating the LA Clippers in the Play-In tournament making it to the playoffs as a 7th seed. The Timberwolves made it back to the playoffs for the first time since 2018.  Their 2nd playoff appearance since 2004 when they made it all the way to the Western Conference Finals with Kevin Garnett, who was the NBA’s Most Valuable Player that season. They played an exciting 6 games against the Memphis Grizzlies in the 1st round which resulted in defeat. With Tim Connelly now running things, he took a massive swing acquiring Rudy Gobert from the Utah Jazz to pair with Karl Anthony-Towns and Anthony Edwards. Once Karl Anthony-Towns signed his 4-yr, $224 million super max extension, the Timberwolves knew they had to upgrade their roster and go all in to take the next step.

D’Angelo Russell will be the starting point guard for this team. Russell has become somewhat of an afterthought when people are discussing the Timberwolves core. Having played for 3 different teams previously in his first 4 1/2 years, this will be 3rd full season with Timberwolves (4th season overall after being acquired during the 2020 NBA trade deadline). Russell averaged 18.1 points, 3.3 rebounds, 7.1 assists per game on 41.1% shooting and 34% from 3 last season but struggled mildly in the playoffs. To the point where he was benched in the final minutes of an elimination game in favor of Jordan McLaughlin. Russell will look to bounce back in a big way next season.

Jordan McLaughlin as of now seems to be the backup point guard. He’s undersized at 5’11 but has a good feel for the game and plays under control. Would expect the same level of production from him, maybe even a little more.

The team signed Austin Rivers over the summer. He’s a combo guard that can provide veteran leadership. Wouldn’t expect big minutes for him but he’ll have his opportunity to compete for minutes with McLaughlin and Jaylen Nowell.

Shooting Guard:
Anthony Edwards has emerged as one of the best up and coming stars in the league at 21 years old. Coming off averaging 21.3 points, 4.8 rebounds, and 3.8 assists on 44.1% shooting and 35.7% from 3. There’s no doubt that this guy is the real deal and is poised to take another leap which is a scary sight for the league.

Jaylen Nowell is a player who can score at an impressive rate in a short amount of time. He will be competing for minutes with Austin Rivers and Bryn Forbes.

As mentioned previously, the Timberwolves signed 3-point specialist Bryn Forbes to fill out their guard rotation.

The Timberwolves traded for rookie Wendell Moore Jr during the 2022 NBA Draft. Wouldn’t expect big minutes for him early on but he has a chance to prove he’s worthy of a spot in the rotation.

Many believe Jaden McDaniels will be inserted into the starting small forward position after showcasing his shooting and defensive ability last season. He’s shown a willingness to defend the other team’s best perimeter player and battle in the paint despite his slim frame.

Taurean Prince has proven to be a decent 3 and D player throughout his career.

Karl Anthony-Towns will be playing in his new position this season at power forward after the acquisition of Rudy Gobert. Whether if the transition will go smoothly for Towns remains to be seen. Towns, not known for his defense will be asked to guard the perimeter more than he has in his entire career. He is coming off averaging 24.6 points, 9.8 rebounds, 3.6 assists per game on 52.9% shooting and 41% from 3. Offensively, expect Towns to be remain one of the elite players at his position.

Their 2nd biggest off-season acquisition was Kyle Anderson. Anderson is highly regarded as one of the best role players in the league. He’s a veteran with a high IQ and makes winning basketball plays that will help this team in big moments. 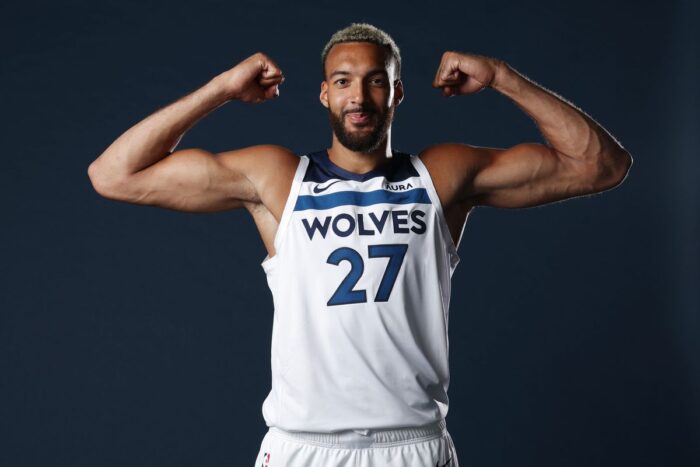 The trade that caused the biggest buzz in the NBA this summer was the Timberwolves acquiring Rudy Gobert for Patrick Beverley, Jarred Vanderbilt, Malik Beasley, Leandro Bolmaro, Walker Kessler, four 1st round picks, and a pick swap in 2026. Gobert is a 3-time All-Star and 3-time Defensive Player of the Year award winner. Gobert averaged 15.6 points, 14.7 rebounds, 2.1 blocks per game and is highly regarded as the one of the best centers in the league. There’s no doubt he will improve the Timberwolves frontcourt defense tremendously.

Naz Reid is a stretch 5 who will continue to provide an offensive spark as the backup center for this Timberwolves team.

The Timberwolves took a massive swing and gamble this summer with the Gobert trade, trading away majority of their draft assets in the near future. You certainly can’t blame them after the encouraging season they had. They are looking towards building a promising future with Towns in his prime and Edwards emerging as a star. While the Gobert and Towns fit is questionable, the talent on paper is there. If they can put it all together, they’ll be one of the more dangerous teams in the Western Conference this upcoming season.