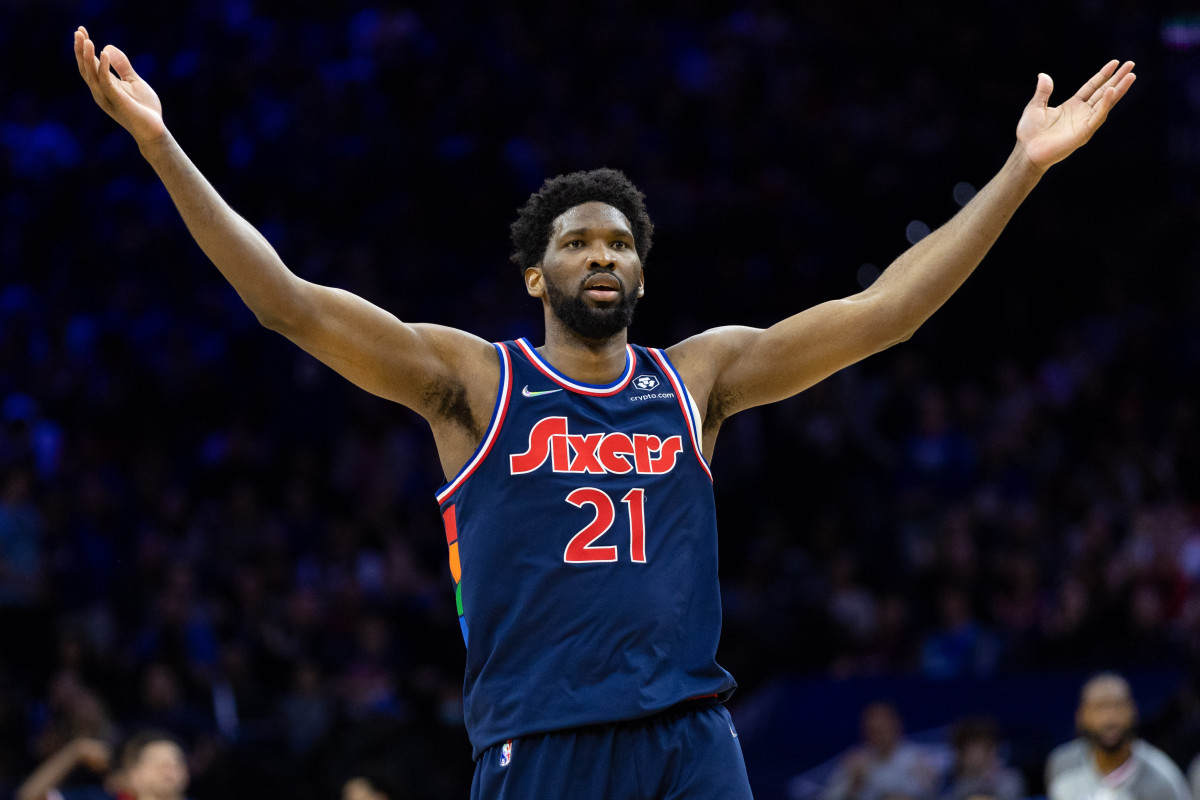 The Philadelphia 76ers 2022-23 season tip-off against the Boston Celtics is just days away. They will once again be striving to reach the NBA finals and hoist the Larry O’Brien Trophy. The 76ers had another disappointing end to their season last year after losing in the Conference Semifinals against the Miami Heat in six games. After making numerous moves this offseason, the roster is too talented to not make it further this season. Will Joel Embiid and the Sixers be able to get over the hump this year?

Third-year veteran Tyrese Maxey will be labeled the starting point guard with James Harden also taking ball-handling responsibilities. Maxey truly made a name for himself last season averaging 17.5 points, 4.3 assists, and shooting 42.7% from beyond the arc. Maxey will be a viable factor in the Sixers’ success this season once again. The backup point guard duties will go to Shake Milton and the newly acquired De’Anthony Melton from the Memphis Grizzlies. Both are exceptional scoring guards and will provide help in the rotation.

Six-time All-NBA First Team James Harden will start at the shooting guard position. This will be Harden’s first full season in Philadelphia after being traded from the Brooklyn Nets. Last season the former MVP dealt with a hamstring injury throughout the year and truly never looked like his regular self. He needs to get back into his scoring mindset as he had in Houston when he was playing the best basketball of his career. He will need to prove that he did not take a step back and still is the same James Harden that once had NINE 50-point games in one season. Harden averaged 22 points, 7.7 rebounds, and 10.3 assists last season. Furkan Korkmaz will back up Harden in his sixth NBA season. He provides three-point shooting off the bench and is a career 35.5% shooter from three.

Tobias Harris will be entering his fifth season as a 76er. There was a time many fans wanted Harris to be traded for some younger pieces, but it seems like he is staying in Philadelphia for the time being. Harris averaged 17.2 points, 6.8 rebounds, and 3.5 assists last season. He will be a valuable piece to the Sixers’ success this season. Mattisse Thybulle will also be coming off the bench. Thybulle is known for his excellent defense but truly struggles on the offensive end. He needs to become a better shooter so he can get more minutes and contribute more. In this day in age in the NBA, it’s difficult to put a player on the court that lacks scoring and shooting ability, the game has evolved immensely.

Newly acquired veteran P.J. Tucker will start at the power forward position. This was the Sixers’ best off-season move. Tucker provides excellent defense and exceptional corner three-point shooting. As he is getting older his minutes may decrease, but Tucker will improve this team overall, especially from a leadership standpoint. He averaged 7.6 points, 5.5 rebounds, and shot 41.5% from three last season with the Miami Heat. Georges Niang and off-season signee Daniel House Jr. will contribute at power forward also.

The 2022-23 MVP favorite Joel Embiid goes into his seventh season as Philadelphia’s starting center. Embiid has shown he is the man in Philly and can lead them all the way. He averaged 30.6 points, 11.7 rebounds, and 4.2 assists last season. He truly is an unstoppable force at center when healthy. However, he cannot do everything himself, he needs help. They have built around Embiid and added a lot of pieces that could get them over the hump. I have no doubt Embiid will come out this season and be as dominant as ever. This season newly acquired Montrezl Harrell will come off the bench for Embiid. The former 6th Man of the Year averaged 13.1 points and 6.1 rebounds last season in Charlotte. The center position will be the most talented position on the Sixers this season.

Will the Sixers FINALLY get over the hump? For the past several years the Sixers look like one of the best teams in the NBA but cannot make it past the second round in the playoffs. The talent is there, there cannot be any excuses this season. Another question, is Doc Rivers the right coach to lead the 76ers to a championship? Rivers has consistently been outcoached in the playoffs for the majority of his career. His teams have phenomenal regular seasons but look bad in the playoffs. Whether it is only winning one championship in Boston with so much talent, losing in the playoffs year after year in Los Angeles with another talented roster, and now in Philadelphia with the same issue. So, will Doc Rivers and the Sixers be able to win it all this season?