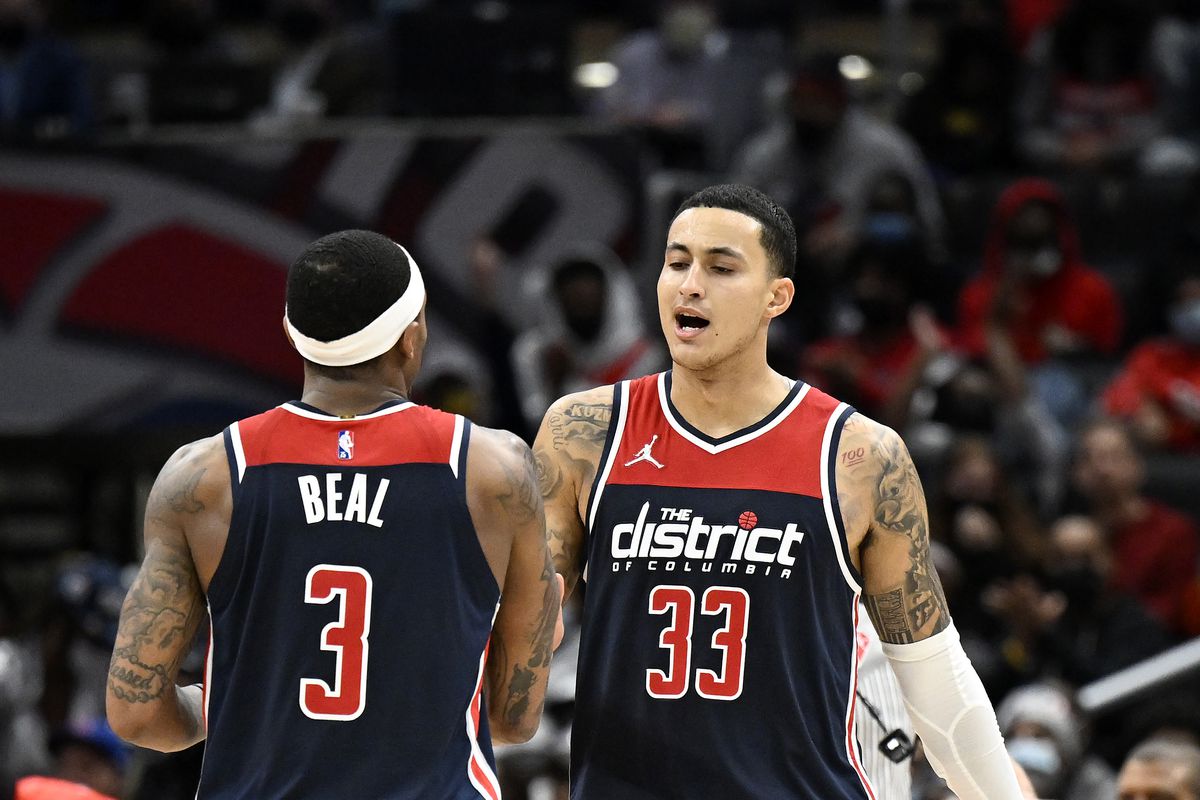 Not good enough to contend, but not bad enough to tank, the Washington Wizards have been stuck in basketball “purgatory” since the 2017-18 NBA season. This season, everything hinges on the availability of star players Bradley Beal and Kristaps Porzingis. Although general manager Tommy Shepperd did a fine job in improving the roster heading into the 2022-2023 season, it seems like a low playoff seed is the most probable outcome Washington fans can expect this season.

One of the Wizard’s biggest issues in 2021-2022 was finding a consistent backcourt partner for superstar Bradley Beal, and the arrivals of Monte Morris and Johnny Davis may have finally fixed that issue. The former Nuggets guard, acquired in a trade that saw Kentavious Caldwell Pope and Ish Smith head to Denver, is a savvy player who demonstrated his capabilities as a starter on a high level team due to the injury to Denver’s starting point guard Jamal Murray. The 27 year old’s assist to turnover ratio of 4.2 per game ranked fifth out of all NBA players last season, and his solid shot-creation will help ease the scoring burden on Beal’s shoulders. Although capable of playing the 2, it is expected that new acquisition Delon Wright will be the backup to Morris. Wright’s impressive size at the guard position and defensive capabilities make him an ideal fit in relief or next to Monte Morris.

Undoubtedly the key cog of the organization, Bradley Beal will be expected to carry this team on his back as he recently signed a five-year, 251 million dollar extension to remain in Washington. All eyes will be on the tenth pick in this year’s draft, Johnny Davis. Davis has All-Star potential and showed that during his sophomore year at Wisconsin, but it is unlikely that he will be a key contributor right away, as his struggles in the Summer League seem to indicate. Corey Kispert had a solid rookie debut and will have eyes on him ahead of his sophomore campaign. The only other option at shooting guard is Jordan Schakel, a two way player who is not expected to see significant time on the court this season.

Most of his latter years in Denver were spent at the 2, but veteran wing Will Barton (also a part of the Monte Morris trade) will most likely assume the starting small forward role. Deni Avdija is also an intriguing option, as the talented 21 year old will need to make great strides this year to justify his selection as the 9th overall pick in the 2020 draft. Veteran Anthony Gill might see spare minutes on occasion, but will likely not threaten Barton or Avdija’s playing time.

A part of the oft-maligned Russell Westbrook trade, Kyle Kuzma will almost certainly retain his place in the starting lineup after a pleasantly surprising season that saw him average 17.1 points per game, his highest total since 2018-19. Finding a consistent backup to Kuzma might prove a tricky proposition for head coach Wes Unseld Jr., as there could be a logjam consisting of Taj Gibson, Isaiah Todd, and Vernon Carey Jr. Having signed this offseason, veteran Taj Gibson is the favorite to win the bulk of the minutes, yet a new look Washington roster means that spots will be up for grabs.

The looming question on everyone’s mind is Kristaps Porzingis and if he can stay healthy and play to his ability, the Wizards could end up surprising a few and finishing in the 5-7 range in the East. As great as that sounds, Wizards fans, that’s more than unlikely. In recent years, Porzingis has only shown flashes of the player he once promised to be in New York, and has missed close to half of his team’s total games over the past four seasons. Porzingis could also see some time at the four, perhaps in tandem with Daniel Gafford, but most of his time is expected to come at center. Gafford proved he can be a solid role player in his first full season in an expanded role, and figures to be part of the project for Washington moving forwards. 21 year old rookie Makur Maker will most likely be sent to the G-League and see little to no time in the NBA, as he is still very much a project.

For the Wizards to enjoy a successful season, Bradley Beal and Kristaps Porzingis need to stay healthy, which is something neither did last season. If that can happen, a supporting cast led by Monte Morris, Kyle Kuzma, Rui Hachimura, and Will Barton should be enough to at least secure a play-in spot. It’s unclear what the overarching strategy is in Washington going forwards, but if their stars can stay healthy, 2022-2023 has the potential for a memorable season.

The James Jones Effect
How Will Chet Holmgren’s Season-Ending Injury Affect the Future of the Rockets?