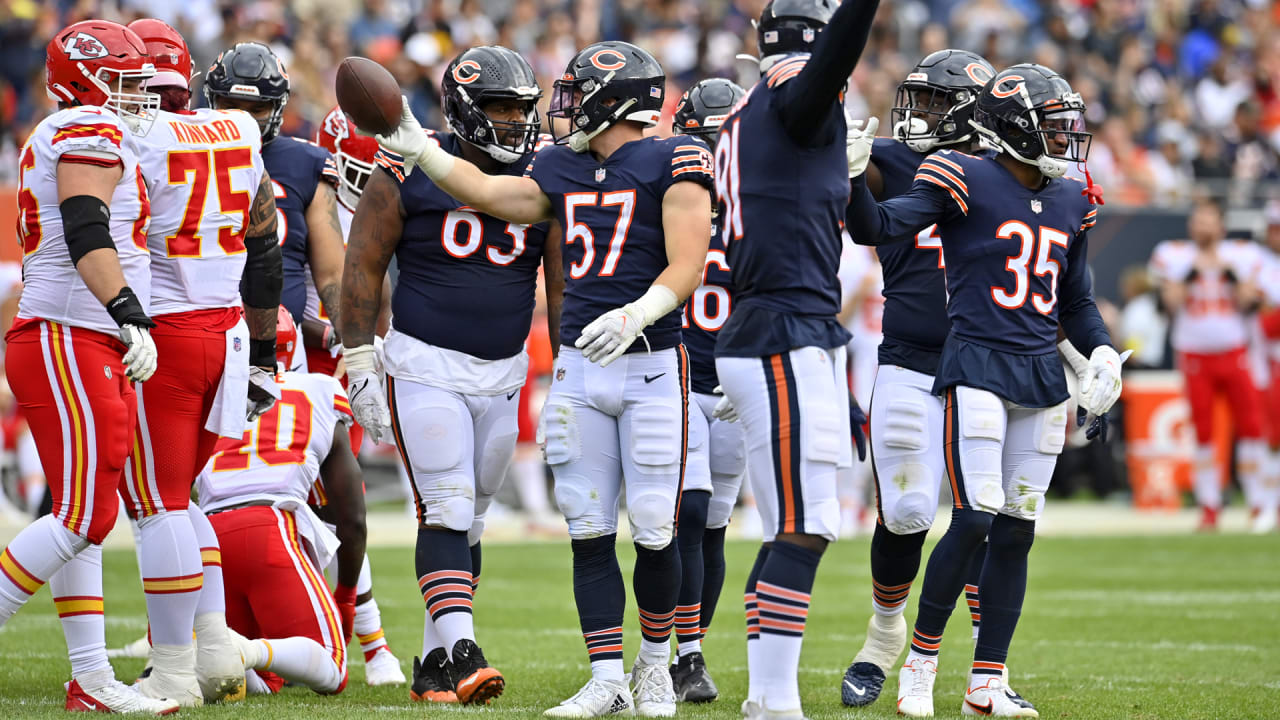 The Chicago Bears struggled mightily in 2021 as it was another down year for the Bears. The offense couldn’t score enough, causing the defense to be gassed early in games. The Bears would eventually lose steam by the second half, and they were never able to come back. The Bears still had Matt Nagy and Ryan Pace in charge and the team regressed for the 3rd straight year. The old regime did leave behind some valuable players to this team like Justin Fields, Darnell Mooney, and Jaylon Johnson. They now begin to rebuild with a new general manager(Ryan Poles) and new head coach(Matt Eberflus) in place.

Kyler Gordon: The Bears didn’t pick until the second round in this year’s draft after trading away their first round pick for Justin Fields the year prior. New General Manager Ryan Poles made Kyler Gordon his first draft pick and Matt Eberflus will look to insert him at corner immediately. Gordon is extremely athletic and he is very stable running both man and zone coverages. He’ll slide in nicely into Matt Eberflus’ defense and the Bears will hope he develops even further in the process.

Lucas Patrick: The Bears offensive line wasn’t good in 2021 and with a young QB in Justin Fields, it’s important to keep him upright as much as possible. Patrick comes to the Bears from the rival Packers, rejoining him with Luke Getsy and giving the Bears a player with very high upside at a good value. Patrick is very versatile and can play anywhere along the interior offensive line. He started in 13 games and played in 17 last season for Green Bay. He also played in 16 games along the line in 2020. The Bears grabbed maybe the steal of free agency, signing Patrick to a two year, eight million dollar deal.

Byron Pringle: The Bears need weapons for Justin Fields in order for him to succeed. The Bears brought in a few names at receiver but one of the most notable being Byron Pringle from Kansas City. Pringle had the best season of his career last year with five touchdowns and 500+ receiving yards. Pringle will more than likely be the offense’s slot receiver sharing reps with Darnell Mooney. With Mooney now the number one Wide Receiver though, expect Pringle to get plenty of snaps with the offense. The question becomes if he can continue to improve without Patrick Mahomes throwing to him. His connection with Fields could be something great if it works out how the Bears hope.

Allen Robinson: One of their Bears few weapons last season was severely underutilized in Matt Nagy’s offense by year 4. That underutilization on offense caused Robinson to not want to re-sign with the team. He instead chose the defending Super Bowl champion Rams in Los Angeles as his new home, leaving the Bears without many weapons for Justin Fields.

Khalil Mack: Mack was stellar for the Bears in his first season with the team giving the fanbase a ton to cheer about. Mack would regress the following years for many reasons and Ryan Poles wanted a fresh start. Mack’s contract took up a ton of cap, causing Poles to trade Mack to the Chargers. The loss leaves the Bears without a clear number 1 pass rusher opposite Robert Quinn.

Akiem Hicks: Akiem Hicks had been a tank for the Bears inside, stuffing the run consistently and even running the ball for a touchdown against the Giants in 2018. He was a fan favorite but was out for a good portion of 2021 due to injury and with his age only going up Ryan Poles let him walk to the Tampa Bay Buccaneers.

Justin Fields: Year 2 for Justin Fields pairs him with offensive coordinator Luke Getsy in hopes to see Fields progress in 2022. His arm strength and mobility are huge, but the offensive line has to keep him upright. Fields has proven that when given time in the pocket, he can make some outstanding plays. Justin has the weight of the franchise on his shoulders and if he performs like many in the organization and in Chicago believe he can carry this team quite far. If Fields has a breakout year, don’t be surprised if he sneaks the Bears into a playoff spot.

Darnell Mooney: Mooney has been quite the steal for the Bears since they picked him up in the 5th round in 2020. Last year he acted mainly as the teams secondary and slot receiver, but with Allen Robinson’s exit that opens the door for Mooney to become WR1. Mooney caught for over 1,000 yards last season and was a part of a ton of big plays. He’ll look to improve upon that and show that his offseason work with Justin Fields has paid off.

Jaquan Brisker: The second pick in the Bears 2021 draft class will look to make a strong impact early lining up behind veteran Eddie Jackson. Brisker has been impressive to many throughout training camp and was stellar in his first preseason game against Kansas City. Brisker will be a hard hitting addition for the Bears defense in 2022 and he will look to help elevate this secondary alongside Eddie Jackson, Jaylon Johnson, and rookie Kyler Gordon.

Week 2 at Green Bay: The Bears have struggled against Green Bay in recent memory and this game might be no different. That being said, Justin Fields is extremely devoted to breaking the normal losing narrative to the Packers, and there’s no better place to start than primetime at Lambeau Field.

Week 16 vs. Buffalo: By this time in the year the team the Bears are will be clear to many, but this game will be the ultimate test of progress for this team, going against one of the league’s top teams in Josh Allen’s Bills. This game could show whether this coaching staff is right for the Bears. Being at home with a noisy crowd, these Bears could put up a fight.

Overall Prediction: The Bears struggled to add star pieces to this team, but they added a lot of depth. This team will be much more disciplined than in years past and I believe the coaching staff will show they are the right fit in the long run. With the league’s 24th ranked strength of schedule, the ceiling for the Bears could be 10-7 if Justin Fields progresses like many are expecting. The floor for the Bears could be 5-12 or another 6-11 season if the offensive additions don’t produce and the offensive line continues its struggles of years past. The Bears won’t win their division but I could easily see them sneaking in as a wild card team. I expect them to go 9-8, playing good against the bad teams, but struggling against the good ones.