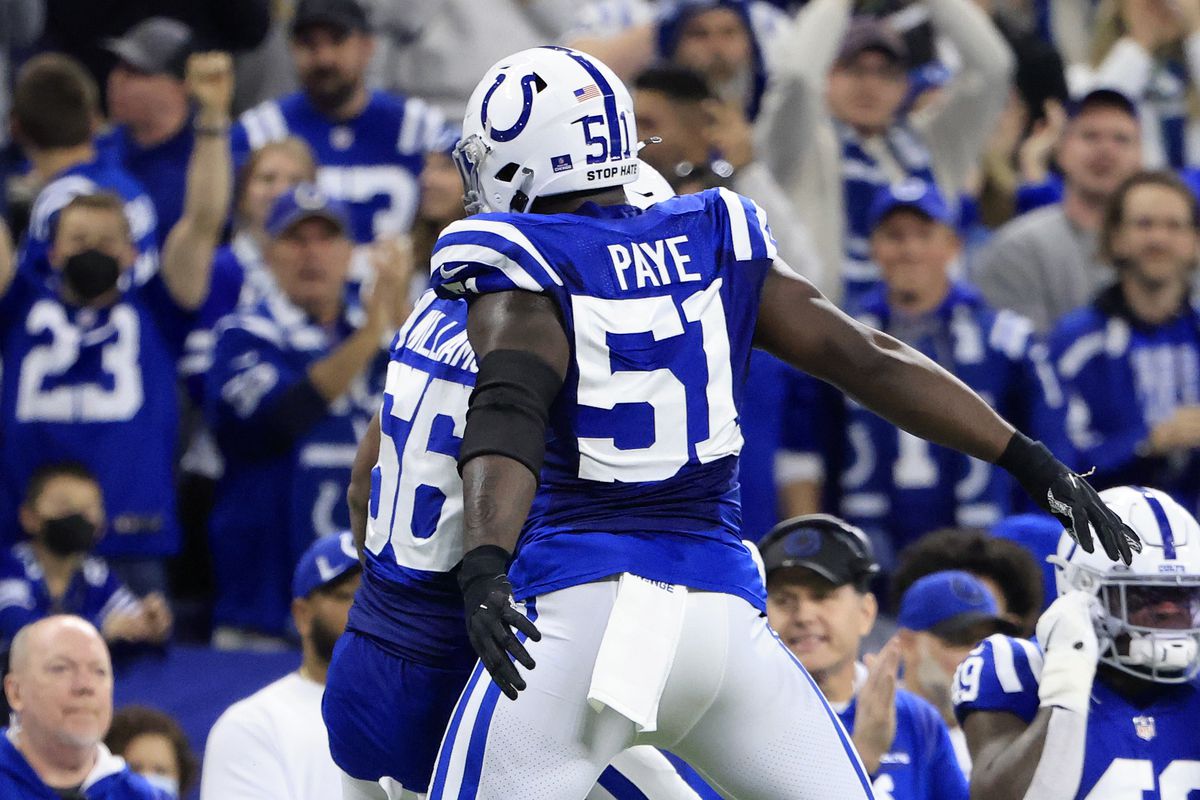 What a collapse?! After their Christmas Day win in Arizona against the Cardinals, the Colts controlled their own fate going into the final two weeks. They lost to the Raiders which alone was not significant. Then going into their final game of the year against the Jaguars, everyone thought a win was a sure thing. Jacksonville was in shambles at 2-14. The Colts ended up laying an egg and losing 26-11. There was still hope, but they needed the Ravens to beat the Steelers. It was just not meant to be. Despite the disappointing finish, the Colts defense and Jonathan Taylor’s emergence as a top running back show promise for years to come.

I know people are going to be shocked by the first name on the departure list, especially after the Colts went out and traded for Matt Ryan. Nonetheless, Wentz before his injuries was an MVP candidate and helped propel a team to a playoff berth which in turn, thanks to Nick Foles, led to a Super Bowl victory for the Philadelphia Eagles. As a Colt, Wentz showed glimpses of MVP-caliber potential, but was never given proper weapons or time to develop in the Colts new system. The loss of Zach Pascal leaves question marks for the teams receiving core. The loss of Mark Glowinski may not seem significant, but it could have some unexpected impact. Even though Michael Pittman Jr. had an impressive second season and rookie Alec Pierce showed potential to stretch the field for the offense it wasn’t enough. It is a lot to put on young receivers to carry an offense. Hopefully, the emergence of Jonathan Taylor should do some work to minimize that load. This might be where they feel the loss Mark Glowinski. The Colts ended the year ranked first in rushing yards, yards per rush, and rushing TDs. Losing a key member of that offensive line could have huge repercussions. Only time will tell if the Colts have enough depth to fill the hole that Glowinski left.

With the addition of Matt Ryan, the Colts passing game should improve. Going into the 2021 season with the Atlanta Falcons, Ryan threw for over 4500 yards in 7 out of his final 9 seasons. Despite his age Matt Ryan has shown he can still sling the ball with a slightly above average receiving core. The youth of the Colts receiving line should help Ryan get back to that mark. Ryan could make great contributions coaching up these inexperienced players. Offensive production was the least of the Colts worries going into 2022. The Colts also added two veteran pros to sure up their already solid defense. After making a name for himself early on with the Jaguars, Yannick Ngakoue struggled to remain dominant. Bouncing from the Vikings to the Ravens before landing and finding some success with the Raiders. Ngakoue looks to remain on a positive track joining the Colts, going back to the team success he had with the Jaguars. Having experience and just overall massive edge presence will lead to other members of this staunch Colts defense to find success. With their run defense improved, the next thing the Colts had to address was their passing defense. After finishing 19th overall in pass defense, the Colts knew they needed help and picked up 2019 Defensive Player of the Year, Stephon Gilmore. An elite corner like Gilmore should bring up those ranking numbers and provide much needed assistance to the struggling secondary.

These three players were pretty clear picks. Stephon Gilmore has struggled to remain an elite corner since leaving the New England Patriots. A team like the Colts, who are on the brink of great success is the perfect place to reestablish his dominance. The run game is established in the trenches. With the loss of Mark Glowinski, the 2020 fifth round pick, Danny Pinter is primed to start and show this league what he is made of. It also doesn’t hurt that he gets help from All-Pro Quenton Nelson, who has established himself as one of, if not, the best offensive lineman in the NFL. Transitioning to offense, Michael Pittman Jr. is primed to have another breakout year. Gaining a more competent and reliable quarterback in Matt Ryan, Pittman is finding life easier already. Ryan’s superior accuracy will undoubtedly provide a boost overall. This Colts’ team is primed to make major improvements from last season.

The Colts have clearly won one when it comes to their schedule. According to Sports Illustrated, the Colts are tied with the 26th hardest schedule. The difficulty for them comes on the back end of the season where games start to matter the most. A week 13 matchup against the Dallas Cowboys in Dallas will surely prove to be a challenge. The Cowboys had one of the top overall NFL defenses in 2021. With no key losses they will look to do the same this year. A win against the Cowboys, who are still Super Bowl contenders, gives a massive boost to your team headed into a bye week and could provide the drive to propel you to the playoffs. Just two weeks after the bye, the Colts have a home game against Justin Herbert and the Los Angeles Chargers. If the Colts can beat two heavyweight Super Bowl contenders that late in the season they will solidify themselves as legit contenders. Both matchups are tough tests for this young and talented roster, but could be great opportunities to show that the Colts have a shot to be legit Super Bowl contenders.

The Colts have addressed their needs and made improvements from last year. With a schedule that holds a few challenges toward the end of the year, the team should have early success. Let’s hope they can use that success to create enough momentum to get through those late schedule matchups. Having Matt Ryan at the helm should lead to some solid success. However, with little playoff experience, I believe the team will fizzle when it comes to the wild card round in the playoffs. This is baring major injuries from key players in the league. If the Colts are the only truly healthy team going into the playoffs then they should have no problem dominating and making it to their first Super Bowl since 2009. That scenario is a long shot, but we have hope.