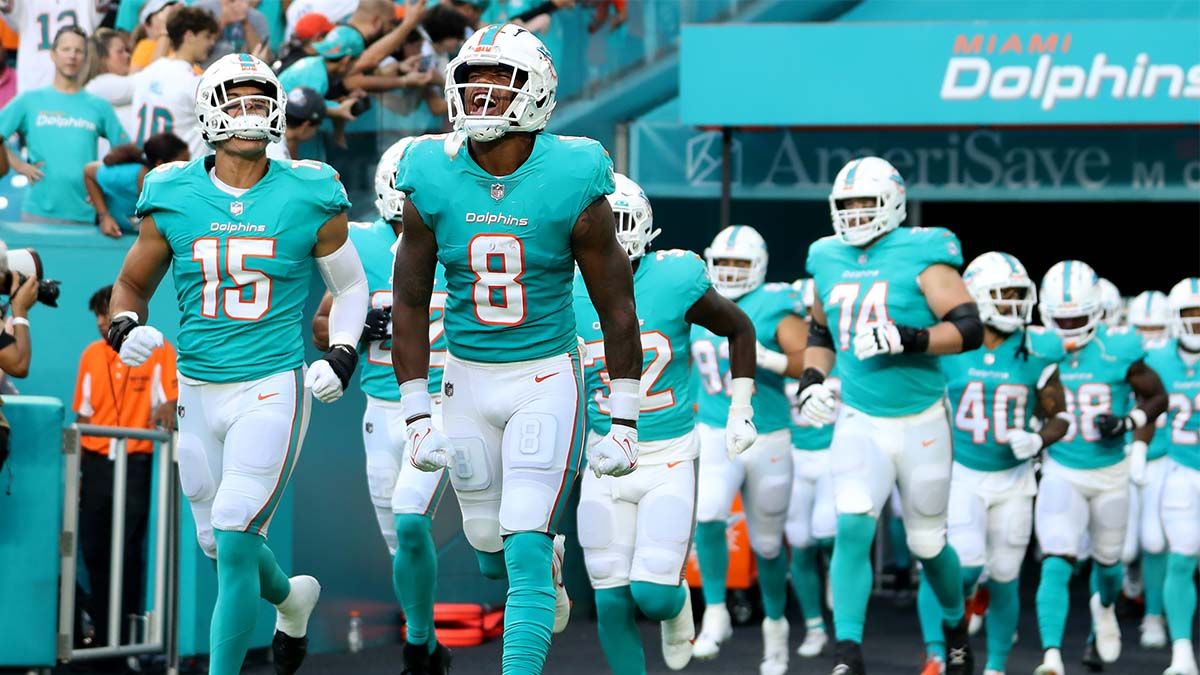 The Dolphins season was truly a story of two halves. After starting the season 1-7, the Dolphins went on 8-1 to finish the season on the verge of a playoff spot. This change in fortune was led by the defense, which averaged 17.5 PPG against during the second half surge. Multiple young stars showed their ability for the Dolphins. One super rookie was Jaylen Waddle, who broke the rookie record for receptions in a season. Jaelan Phillips was dominant in spurts last season and Jevon Holland impressed as a rookie. Cornerstones of the franchise like Jerome Baker and Xavien Howard led the defense. This season, with a new leader in Mike McDaniel, the Dolphins have reloaded their talent. Signing all major free agents they had, along with acquiring superstars Tyreek Hill and Terron Armstead. They both fit perfectly into McDaniel’s scheme, along with young quarterback Tua Tagovailoa. This upcoming season is appearing to be a career defining year for Tagovailoa. However, with a new start and a Head Coach who believes in him, he is put into a great situation.

The major splash of the offseason was the Blockbuster trade for Tyreek Hill. Hill has torched the league with the Chiefs as he made opposing players look dumb. He has blinding speed and Hill with Waddle will create the fastest receiver duo in the league. Hill is not just a deep threat. He ranked only 43rd in average depth of target and made many of his big plays after the catch while eluding defenders. Hill will be a game changer for a Dolphins offense that needed juice.

Terron Armstead was the best offensive lineman in this year’s NFL free agency. The 3-time pro bowler signed a huge 5-year, $75 million contract. He is a great run blocker who helped guide Alvin Kamara to greatness. He has allowed only 24 sacks in his entire 9-year career, and his signing has solidified the Dolphins left side for the first time in years.

This offseason, the Dolphins signed running back Chase Edmonds to a two-year, $12 million deal. He is a dynamic running back that has shown his prowess in the air as well. Edmonds also does not need 80% of the snaps to show his worth. Edmonds was part of a great one two punch with James Connor. His usage will not be of other work horse running backs. However, his production through the air and in this new zone blocking scheme will be deadly. The Dolphins had the third worst rushing offense in the NFL, but this signing

Mack Hollins was instrumental to special teams last season. A big receiver who blocked well and played extremely hard. He was also excellent in having a nose for the end zone. Having 4 touchdowns on only 14 receptions. Hollins will be a Raider this upcoming season.

Holland played in 16 games as a rookie and had 69 tackles, two forced fumbles, three fumble recoveries, and two interceptions. He was everywhere on defense and his flexibility and instincts resulted in big plays. Going into his second season, Holland will be much more acclimated to the NFL. He will be a major contributor in the Dolphins secondary.

Entering his third year in the NFL, a lot of doubt surrounds Tua Tagovailoa. There has been a stigma surrounding Tagovailoa that he cannot throw the deep ball. He has yet to post large yardage numbers. However, Tagovailoa was 4th in the NFL last season in completion percentage. Tagovailoa may never be a 5,000-yard passer, but he has had a 15-8 record in his young career. There is a much better offense around him now, and he is expected to breakout with these targets.

After breaking the record for most receptions in a rookie season, Waddle now finds himself as the second Wide Receiver on the roster. It is an absolute luxury for the Dolphins having elite talent and speed on both sides. Now with Waddle in a new role, what will his usage look like? Regardless of how he is utilized he will be dynamic.

Mike McDaniel will face off against his former team. Along with two of the most dynamic Wide Receivers on the field, in Tyreek Hill and Deebo Samuel.

To cap off a difficult 3 game stretch, the Dolphins will face the Bills in Buffalo. The Dolphins have lost the past 7 games against the Buffalo Bills. This new and improved Dolphins team has a chance to win a huge divisional game on the road. New acquisition Tyreek Hill has dominated against the Bills in the playoffs.

The Dolphins season relies on the usage of their new additions on offense. Finding ways to efficiently get Tyreek Hill and Jaylen Waddle in space will be the offensive gameplan. Tagovailoa has the accuracy to get his stars the ball. The defense will be better than last season, where they were very impressive down the stretch. The secondary may be the best in the NFL, with Xavien Howard, Byron Jones, Jevon Holland and Brandon Jones. Even with these additions, it will be difficult for the Dolphins to reach the top of the AFC East. To make the playoffs for the first time since 2016 is the goal. With these key additions and a talented defense, the Dolphins have more than enough to play in January.