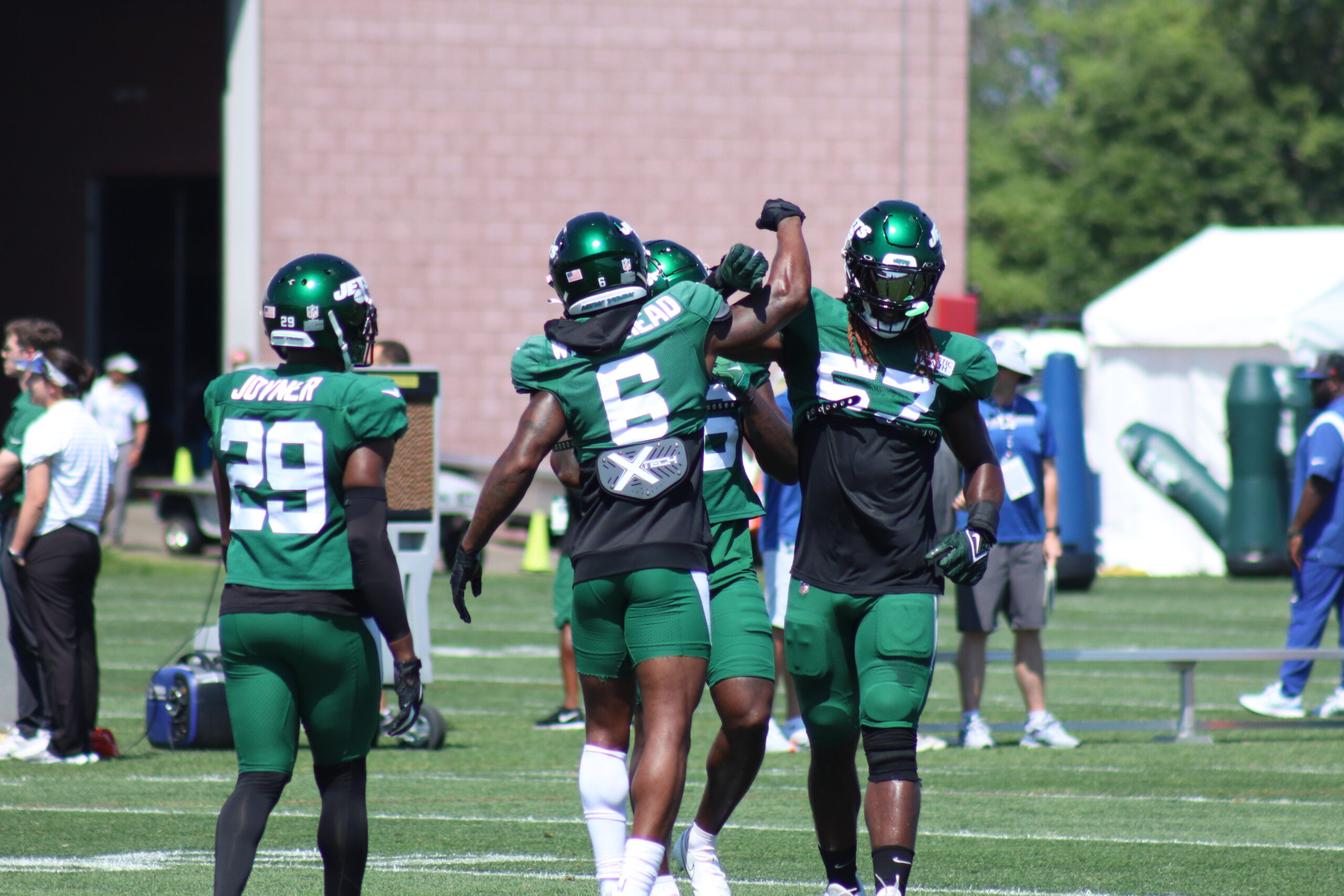 The New York Jets’ rebuilding process is still in its early stages, which explains both their four-win 2021 and the low expectations for the squad led by second-year head coach Robert Salah.

One of the main issues with the Jets was their struggles with injuries. Quarterback Zach Wilson only played in 13 games this past season which led to the surprise story of Mike White. In White’s second career start, he threw for 405 passing yards along with three touchdowns leading to a 34-31 victory over the eventual AFC Champion Cincinnati Bengals.

Injury woes even continue into this season as Wilson will miss the season opener against the Baltimore Ravens. He suffered a bone bruise and a torn meniscus which required surgery during a non-contact play against the Philadelphia Eagles in a preseason game two weeks ago. Veteran quarterback Joe Flacco will get the start against his former team who he won a Super Bowl with. Also, offensive lineman Mekhi Becton will miss the season due to a fractured kneecap which also led to surgery. The Jets signed offensive tackle Duane Brown who is a five-time Pro Bowler to replace him.

Another issue the Jets had last season was their abysmal defense. The Jets defense ranked last in most yards allowed per game, and allowed points per game in addition to being ranked 30th in rushing yards allowed.

However, getting pass rusher Carl Lawson back who never played last season due to a torn achilles. Also, upgrading the defense through the draft and free agency, the Jets defense is going to look significantly better than last sea

The last main struggle the Jets had from last season that they must improve on this year is consistency with their offense. Wilson had just 2,334 yards to go along with nine touchdowns and 11 interceptions with just a mere 55.6% completion percentage. Wilson needs to step up this season and have a better year to prove he can be a franchise quarterback and was worth being selected in the top ten in the 2021 NFL Draft.

However, rookie wide receiver Elijiah Moore led the team with 538 receiving yards. However, the offense should look better with an improved Wilson and a healthy Corey Davis. The Jets improved the tight end room tremendously by signing C.J. Uzomah and drafting Jeremy Ruckert in the third round out of Ohio State University.

One of the Jets’ biggest acquisitions was the fourth pick in the 2022 Draft in cornerback Sauce Gardner out of the University of Cincinnati. In his collegiate career Gardner never allowed a touchdown and had nine career interceptions with two of them being returned for a touchdown. In his junior year, he only allowed 131 yards through 14 games which is very impressive.

Another acquisition for the Jets was signing Uzomah. The Jets have not had a solid tight end in years and Uzomah fixes that issue. Last season he had a career year, logging 493 receiving yards and five touchdowns helping the Bengals win the AFC.

Drafting running back Breece Hall out of Iowa State University was another key addition. Hall sets up a nice one-two punch at running back with him and Michael Carter. In three years he had 4,675 total scrimmage yards with 56 total touchdowns showing he can be used in the passing game just as well as the running game.

Marcus Maye was one of the more painful losses for the Jets and for Jets fans. Maye has been on the Jets his whole career since 2017 and was one of the best safeties in the league especially when he was paired with Jamaal Adams. Maye only appeared in six games after tearing his achilles in a Thursday Night game against the Indianapolis Colts.

Another key departure was offensive tackle Morgan Moses. Moses was one of the better tackles in the league last year as he only had four penalties as well as four sacks allowed. He signed with the Baltimore Ravens in the offseason and will return home in his first game against his former team. The Jets in the offseason also lost wide receiver Jamison Crowder. Crowder’s best season came in his first season with the Jets in 2019 when he had 833 receiving yards and six touchdowns. Crowder left in free agency and signed with a division rival in the Buffalo Bills.

One player to watch and be on the lookout for is second year wide receiver Elijiah Moore. Moore looks poised to breakout and be the wide receiver one for this team. He led the team in receiving yards last season and also had five touchdowns. However, with a hopefully more improved Wilson, Moore looks to improve along with his quarterback.

Another player to watch is Sauce Gardner. Gardner was very talented in college but he will have a tough rookie year and it will be interesting to see how he handles the pressure of guarding some of the league’s top wide receivers in his rookie year. Some of the receivers he will guard are Amari Cooper, Ja’Marr Chase, Diontae Johnson, Stefon Diggs twice, Tyreek Hill twice, and Justin Jefferson to name a few. If Gardner can handle his own against some of the top talent at the wide receiver position, Gardner will be a force to be reckoned with and one of the league’s premiere shut down corners.

Division games are always important and the Jets need to take full advantage, especially against the New England Patriots. The Patriots’ number one wide receiver is DeVante Parker who the Jets are used to seeing since he spent all seven years of his career with division rival Miami Dolphins. Parker has only one season where had at least 1,000 yards which was in 2019.

Also, the Patriots lost one of the league’s best cornerbacks in J.C. Jackson as he signed with the Los Angeles Chargers. Also, they no longer have cornerback Stephon Gilmore who was traded halfway through last season to the Carolina Panthers but Gilmore is now with the Indianapolis Colts.

The Jets have not defeated the Patriots since 2015 and have not won in Foxborough since 2011. The Tom Brady era is over in New England and it is time to capitalize on that and stop getting swept by the Patriots year after year.

The Dolphins made a lot of upgrades this offseason, including star wide receiver Tyreek Hill, running backs Chase Edmunds and Raheem Mostert, as well as offensive tackle Terron Armstead. However, they are still beatable and quarterback Tua Tagovailoa has not cemented himself yet as a franchise quarterback and he needs to show drastic improvements like Wilson.

There are quite a few games on this year’s schedule that could really go either way. The Jets can win anywhere from five to eight games this season. They are still not ready to compete for a playoff spot and that is fine as long as their rebuild needs to continue in the right direction. In order to keep the rebuild going in the right direction, Wilson and Saleh need to be able to work well together and the offense needs to be able to produce more after improving pretty much every position around Wilson. Also, the young guys need to get experience and develop and prove they can be something such as Gardner, wide receiver Garrett Wilson, edge rusher Jermaine Johnson, and running back Breece Hall.