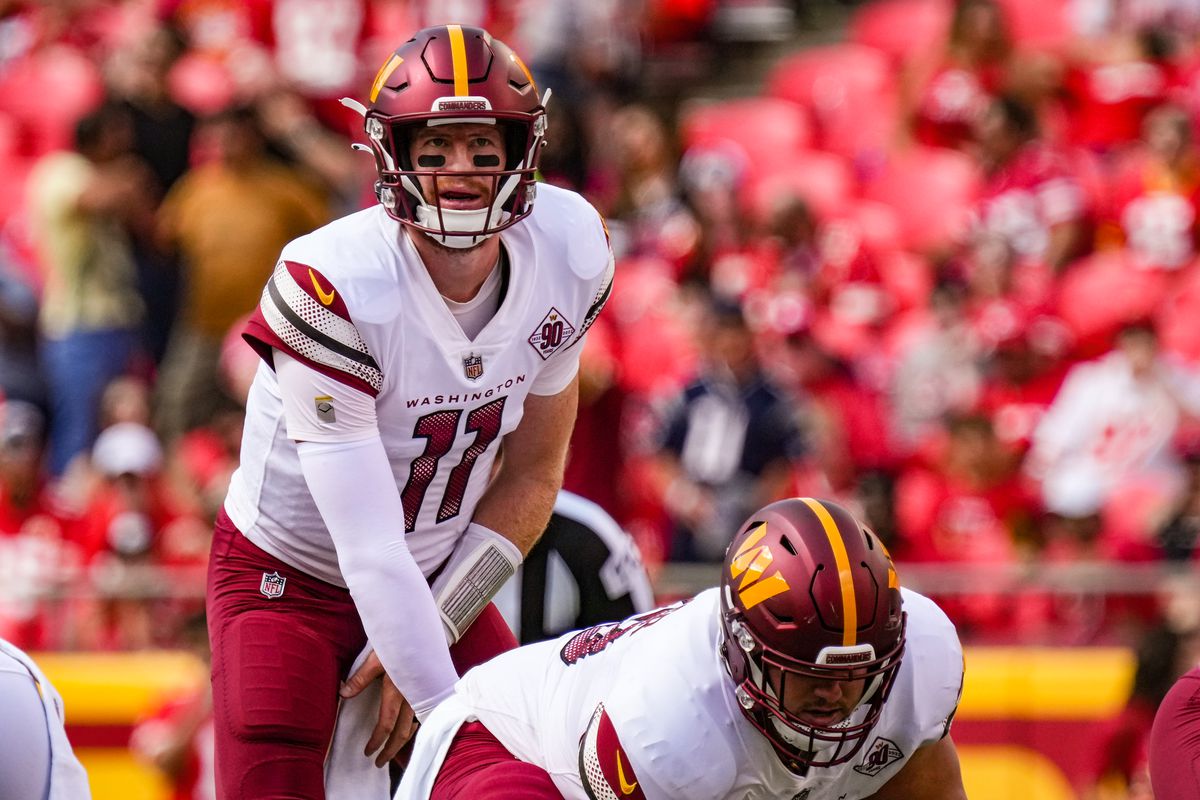 A new year, new team name, and a new Quarterback for the Washington Commanders as they try to turn around their franchise.

After winning the NFC in 2020, the Commanders took a step back both offensively and defensively.

Washington went through four different Quarterbacks last season, and after having a top-10 defense in 2020 Washington finished in the bottom third in the league.

This year the Commanders look to rebound key guys returning and big additions.

Washington made the trade with the Indianapolis Colts to obtain Carson Wentz. Now on his third team in the last three seasons Wentz hopes this fresh start back in the NFC East will do wonders for him.

Andrew Norwell is a veteran piece added to the offensive line to replace Ereck Flowers—Norwell has had 111 NFL starts.

The Commanders first-round pick Jahan Dotson is another speedy Wide Receiver to be a weapon for Wentz along with Terry McLaurin.

Scherff signed on with the Jacksonville Jaguars, Collins tenure with Washington did not live up to the contract he signed with them, and the Commanders let Flowers walk in Free Agency. Scherff is their biggest lost out of the three.

Wentz was in a good situation in Indy with the Colts all he had to do was just take care of the football. In the biggest moments that the Colts needed him, Wentz failed.

Wentz must take care of the football or fifth-round draft pick Sam Howell could be in the shadows.

Young is still on the PUP list coming from tearing his ACL last season—which led to the regression of the defense for Washington.

Reports say that Young is on track despite other reports that he may re-aggravated his knee at Von Miller’s pass-rushing camp.

If Young can showcase his talents close to his rookie season the defense can be back to form.

Gibson had a decent season in 2021—tallying over 1000 yards rushing and 42 receptions out of the backfield as well.

Gibson has also had some fumbling issues, and dealing with weight issues.

Although Gibson is still slated to be the starting Running Back in Washington the position is one to keep an eye on.

Washington and Chicago meet up in Thursday Night showdown between teams looking to turn around their respective franchises.

The Commanders schedule is not the worst, but it’s not the best either. Home meetings with the Titans, and Packers. Road matchups against the Colts, and 49ers.

Early matchups against the Jaguars, Lions, and Bears are winnable games, but they have a rough October against the Cowboys, Titans, Packers, and Colts that maybe too big of a hole to climb out of.

The back half is a bit easier, but I don’t see too many wins for the Commanders.