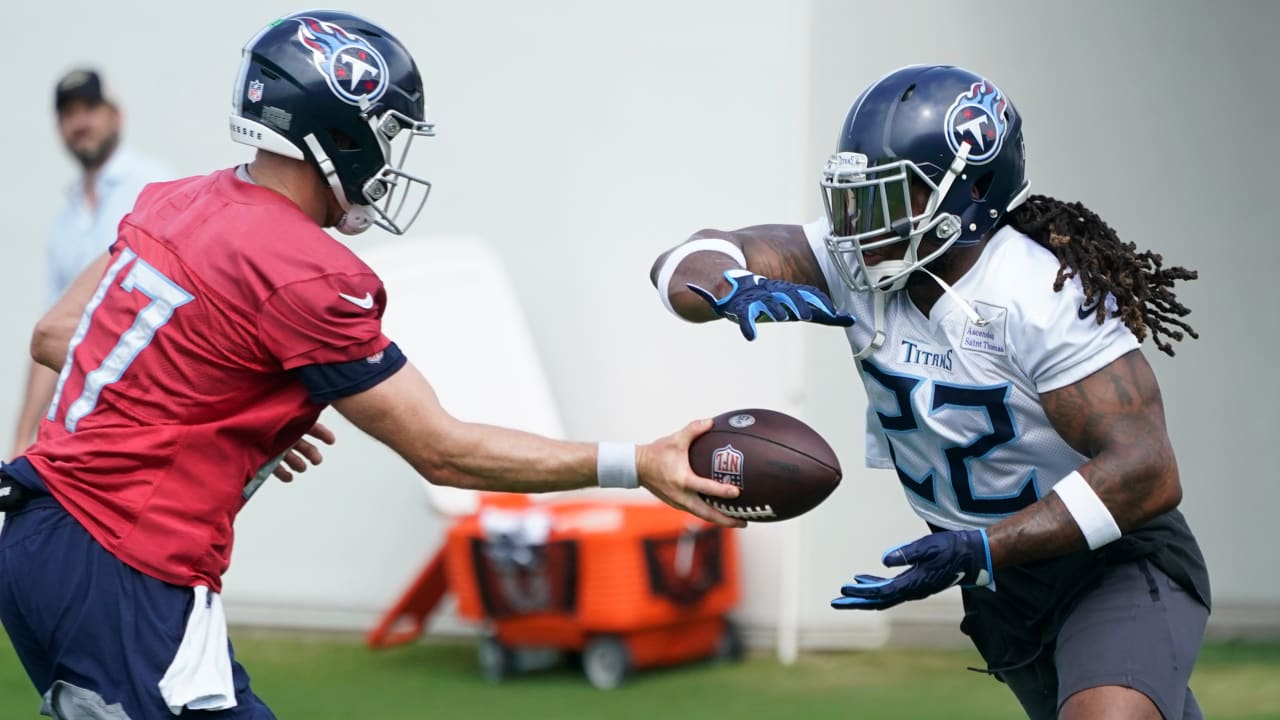 The Tennessee Titans has had six straight winning-seasons and have lofty expectations heading into the 2022 regular season. Despite the big change on the offensive side of the ball the Titans are still in play for a third straight AFC South title.

The Titans managed to grab the No. 1 seed in the AFC despite not having Derrick Henry for nine games and bad losses to teams like the New York Jets and Houston Texans. Tennessee also had big wins against the Buffalo Bills, Kansas City Chiefs, and eventual Super Bowl champion Los Angeles Rams. However, the Titans would just go one-and-done in the playoffs losing to the Cincinnati Bengals in the Divisional Round.

New uncertainties and challenges face this 2022 Titans team as they go through their offseason changes and the big draft day trade of AJ Brown who is now in Philadelphia. The last time we saw Ryan Tannehill on the field the Quarterback did not have his best day and the spotlight is on Tannehill after the Titans drafted Quarterback Malik Willis in this year’s draft.

Defensively, the Titans re-signed Harold Landry III with a 5-year $87.5 million contract, exercised Jeffery Simmons’ fifth-year option, and still have one of the best Safeties in the league in Kevin Byard.

The Titans bring in Robert Woods from the Rams to come in as one of the top Wide Receivers on the roster. Woods is coming off an ACL injury, but when healthy and on the field, he is very consistent. Austin Hooper is coming from the Browns and is coming in as TE1 for the Titans. Finally, the Titans used their first-round pick on Wide Receiver Treylon Burks out of Arkansas once the AJ Brown trade went through on draft night.

AJ Brown was looking to be paid big money that the Titans didn’t want to give so they send Brown to the Eagles. The Titans also allowed Rodger Saffold to walk in Free Agency to the Rams.

Tannehill is 30-13 as a starter since taking over for Marcus Mariota back in 2019, but he’s lost the last three playoff games and took a lot of heat for his playoff performance against the Bengals last season. Tannehill signed a 4-year, $118 million contract back in 2020 so the team does see Tannehill as their guy—for now. The selection of Malik Willis doesn’t instantly put the hot seat on Tannehill, however most fans believe that Tannehill holds the team back at times.

After the AJ Brown trade, it was a given that the Titans would go get Burks off the draft board. Since the pick has been made Burks has been seen to be the possible replacement for AJ Brown. Burks doesn’t have to be AJ Brown, just be Treylon Burks. After a shaky start at OTAs Burks is having a nice training camp and is being looked at to help keep the Titans offense balanced.

Farley is coming into his second season with the Titans. Farley fell in the first round of the 2021 NFL Draft due to his recent back problems at Virginia Tech. Last season Farley tore his ACL in week 6 and was placed on IR. Farley is projected to battle for a starting position at Cornerback. Farley has always been labeled as a high risk-high reward player. Farley can be top talented corner, but Farley must stay healthy this season.

The Bills and Titans gave us one of the games of the year last season on MNF in Nashville, and they get to do it again in week 2 this time in Buffalo.

A rematch of last year’s divisional round will be back in Nashville late November. The Titans defense did sack Joe Burrow nine times, but Tannehill threw three costly interceptions that allowed Cincinnati to come out on top ending the Titans season.

Looking at the schedule for the Titans, repeating as AFC South champions will be tough. The Colts bring in Matt Ryan, they also play the AFC West, NFC East, and a first-place schedule with meetings against the Bills and Packers on the road. The ceiling for the Titans is that they go 11-6 and repeat as division champs. The floor for the Titans could be 7-10 by not winning the big games. I think that Titans finish above .500 at 9-8, but in the AFC nine wins may not be enough to get into the playoffs.