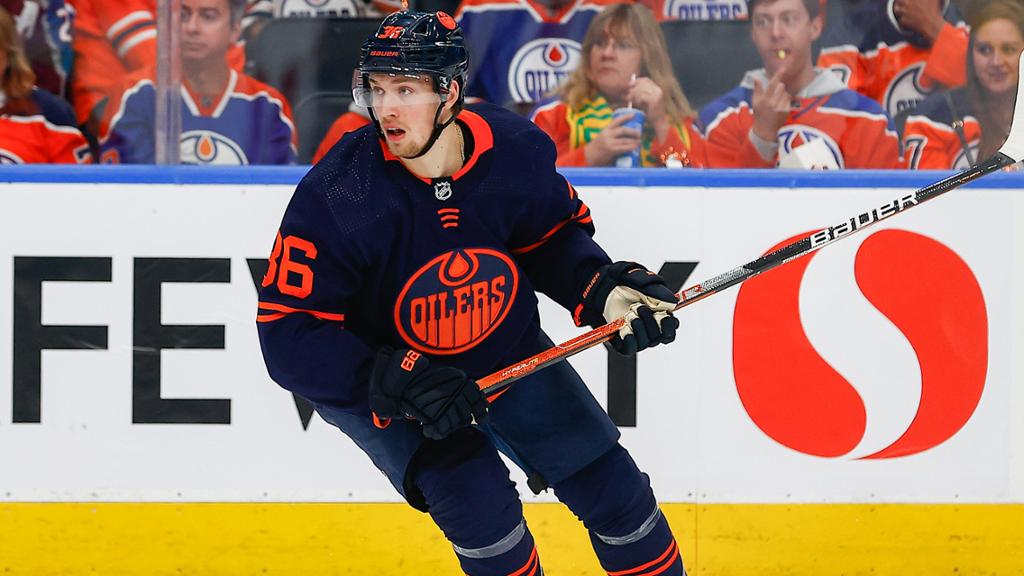 Coming off a Western Conference Final loss, the Edmonton Oilers are looking to cement themselves as a powerhouse in the West.

The Oilers finished the 2021-22 season going 49-27-6 for 104 points. Edmonton placed second in the Pacific Division and fifth in the Western Conference. The team ended the season seventh in goals for (290), and sixteenth in goals against (252).

During the 2022 playoffs, Connor McDavid and Leon Draisaitl gave the hockey world one of the greatest playoff performances in recent history. The duo combined for 65 points in the 16 games they played.

The Oilers beat the Los Angeles Kings in a nail-biter of a game 7 to get past round one. In round two, Edmonton turned the Battle of Alberta into a Massacre as they turned aside Calgary in five games.

Despite their momentum and overwhelming offensive attack, it was just Colorado’s year and Edmonton was swept by the eventual Stanley Cup champions.

Being swept will always feel like an unfair punch to the gut. However, last year’s playoff run showed that the Oilers can go on deep playoff runs with this core.

Entering the offseason, it seemed that the team only needed some fine-tuning and not a slew of big additions.

The biggest acquisition for Edmonton was the signing of Jack Campbell.

After a 31-win season in Toronto, Campbell signed a 5-year, $25 million contract. With Mike Smith having some shaky performances during the playoff run, Campbell has been added to bring some stability in net.

A spot on the blueline opened up with Duncan Keith announcing his retirement from the NHL. Kyle Turris also retired after becoming a free agent.

Evander Kane was brought back after an impressive 13-goal performance during the playoffs. Kane signed a 4-year contract with an AAV of $5.125 million.

With the signings of key depth players, and the addition of Campbell, the Oilers believe they have what it takes for another deep playoff run.

Connor McDavid is coming off yet another season of scoring over 100 points. McDavid scored a league-leading 123 points last season.

McDavid’s skating abilities and puck-handling skills are second to none. Not only did he score a career-high in points last season, but also proved that he can produce at the same rate in the playoffs.

In just 16 playoff games McDavid put up Conn Smythe numbers and proved all of his doubters wrong. Now that McDavid’s had a taste of a deep playoff run, there’s no doubt he’ll be hungry for more.

The talent on offense doesn’t stop with McDavid. The Oilers boast another superstar player in Leon Draisaitl.

Draisaitl notched 110 points last season which included 55 goals. What makes those numbers even more impressive is how Draisaitl doesn’t need to play alongside McDavid to score at that rate.

The Oilers have two of the best players in the league and don’t even need to have them on the same line to be dangerous.

It’s almost guaranteed that McDavid and Draisaitl will be at the top of the league in points. What’s most exciting for Oilers fans now is that it looks like the tram has finally found the right supporting cast to back up their superstar duo.

With a top-6 consisting of Zach Hyman, Evander Kane, Jesse Pulijujarvi, Kailer Yamamoto, and Ryan Nugent-Hopkins, the Oilers won’t have to rely too heavily on McDavid and Draisaitl to do all of the work offensively.

The Oilers are going to be loaded both down the middle and on the wings. Their run-and-gun style of offense has seen success and will likely see a tune-up after facing an elite team like Colorado in the playoffs.

With the speed and skill Edmonton possesses, there aren’t a lot of teams that can match. Edmonton will likely have teams on the ropes throughout the 2022-23 season.

The main question regarding Edmonton’s defense is if they can bring enough stability for the offense to play how they want to on most nights.

The Oilers’ defense isn’t necessarily bad, but it’s not as skilled as other cup contenders like Colorado, Tampa Bay, and Carolina.

It won’t matter how good the offense is if the defense can’t keep the puck out of their net. Whether or not the team is successful in the playoffs will depend on how the defense performs.

The playoffs are a different game and the Oilers have already seen they can’t get by on just offense alone.

The Oilers will be looking to Nurse, Barrie, and Ceci to keep stability and give the rest of the team the confidence to play their own game. There are also the young defensemen Evan Bouchard, and Philip Broberg.

Bouchard had a very good year last season and played well in the playoffs too.

Broberg could see some more playing time and might have a breakout season of his own.

Without an elite playmaker on the blueline, there are some doubts about the game-changing abilities of the Oiler’s defense.

The Oilers will start the 2022-23 season with a new tandem in net. The newly signed Campbell will be the starter with Stuart Skinner filling the backup role.

Campbell will likely face a pretty heavy workload playing on a team that’s heavily offense focused. Campbell will be up to the task with his ability to make the big save when the team needs it.

If Campbell can stay healthy the Oilers won’t have much to worry about when it comes to their goaltending.

It’s likely for Campbell to have another good season, but there is some uncertainty with Skinner.

The 23-year-old only played 13 games last season and is moving into a solidified backup role for the first time in his young career.

In his 12 starts, Skinner recorded six wins and six losses. Depending on Skinner’s performance, Campbell may have to play upwards of 60 games next season.

Campbell hasn’t played that many games in a season before and only time will tell how he responds. On the other hand, Skinner plays well enough to earn closer to 30 starts which helps Campbell stay healthy.

It’s always hard to predict how young goalies will perform when receiving more starts. I think Skinner and Campbell can be the goalies Edmonton needs, but it may take some more time for Skinner to develop into his role.

With their incredible offense and new faces in net, the Oilers are my pick to finish first in the Pacific Division. A full season under Head Coach, Jay Woodcroft will show what the Oilers are fully capable of accomplishing.

As I’ve stated before, the Oilers will be hunting for another chance in the Conference Finals. I could even see Edmonton battling Colorado for first in the Western Conference as the regular season winds down.

And of course, the Battle of Alberta will continue to be must-see TV with both teams putting out very skilled teams.

The Oilers are poised to pick up right where they left off, and take the West by storm.