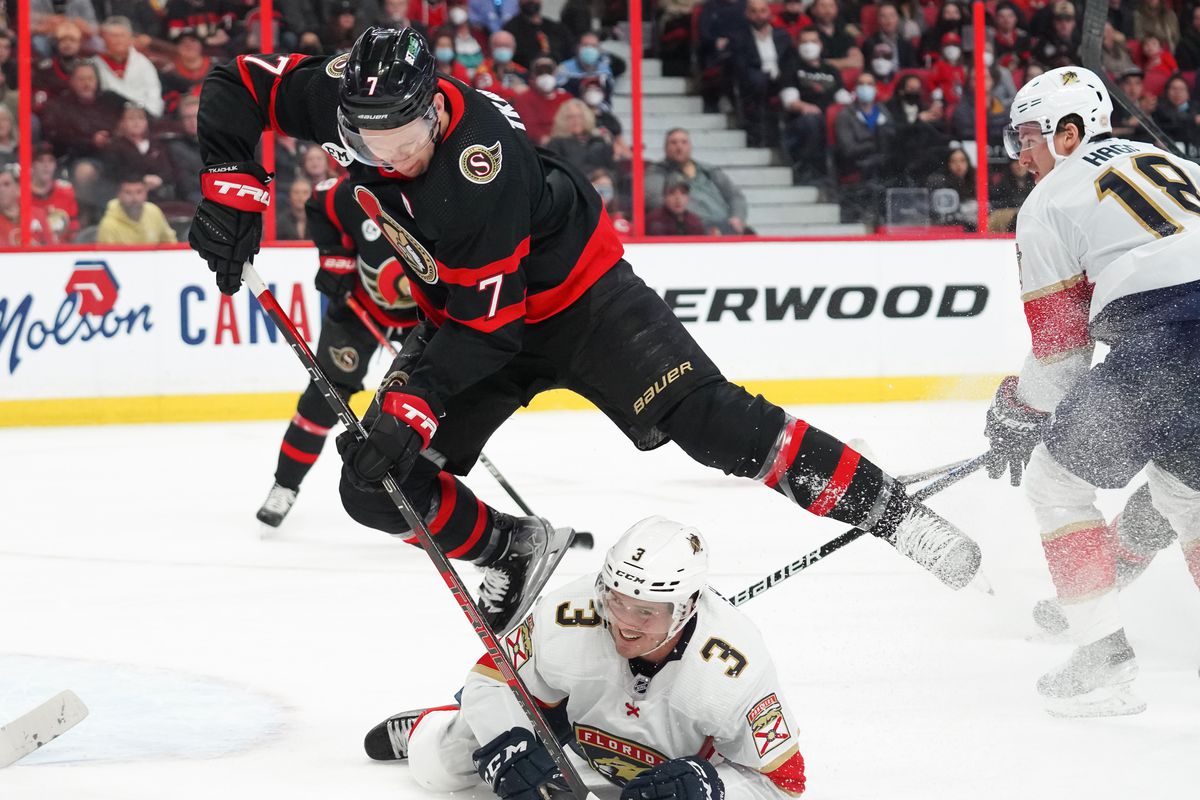 The Ottawa Senators are approaching the 2022-23 season as one of the most intriguing teams in the league. They’ve spent the last few seasons building a solid young core, and this offseason I really believe they’ve developed into a solid team.

Last season the Senators finished with a 33-42-7 record, good enough for 73 points. Brady Tkachuk led the team in points with 67 points in 79 games, 30 of which were goals. Josh Norris led the team in goals, notching 35 for a true breakout season.

As a Toronto fan at heart I absolutely hate the Senators, but I’d be lying if I said I wasn’t excited for the future of this team. Ottawa should be expecting their captain Brady Tkachuk to cement himself as one of the leagues best players, and a great captain as well.

This past offseason the Sens made a few major moves, highlighted by the signing of Claude Giroux. The career Flyer who spent a portion of last season with the Panthers signed a three year, $6,500,000 contract to join the Senators. I fully expect him to be an assistant captain this upcoming year, and along with leadership he’ll add tons of skill and veteran presence to the lineup.

Ottawa also made a trade floor deal with Chicago to acquire forward Alex DeBrincat. They have him at 6.4 million for one year and I expect him to stay with the team after that. He perfectly compliments the young core Ottawa has built and will help the team get over the hump.

Next Season and Beyond

This team is a playoff team, but the Atlantic is an extremely difficult division to get out of. Toronto, Tampa Bay, Florida and a possibly a emerging Detroit are difficult opponents to go up against. Luckily for Ottawa the goaltending situation has gotten better. Cam Talbot should be a good starter for them. He posted .911 last year with Minnesota before Fleury stole his job.

They’re far from a cup contender, but they’ll turn a lot of heads this season. Most importantly for fans this is gonna be a very exciting team to watch. Brady Tkachuk is a very rare mix of grit and even more skill. Adding his brother Matthew to the Florida Panthers, a divisional rival is going to make their games a must watch.

Lineup source can be found here.