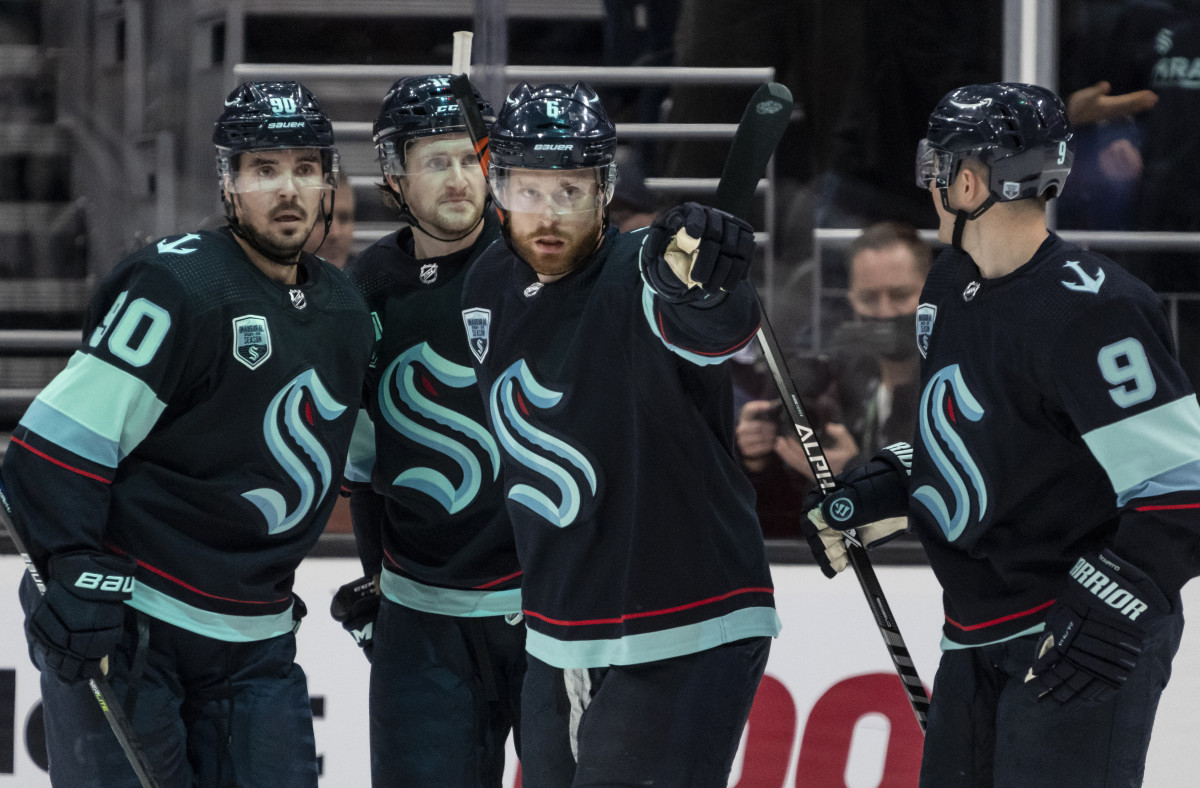 With a rocky first season, it is hopeful that the Kraken will bounce back and have a better performance this time around. The Kraken, the fresh and hopeful expansion team that promised so much in the summer of 2021, failed to live up to expectations in its inaugural season. However, that does not mean that the team can’t learn from their mistakes and move up in the rankings. With fresh draft picks and a rebuild, the Kraken will hopefully be able to call themselves a top-notch expansion team in the upcoming seasons.

The Kraken made solid selections during the free-agency period and re-signed its best players, in order to strengthen their roster. Their biggest move this off-season is a solid tie between their 4th overall draft pick of Shane Wright, and their 5-year contract signing with former Colorado Avalanche Stanley Cup winner, André Burakovsky. Both being great picks for Seattle.

It is no doubt that Wright will live up to high expectations, likely making a great rookie year debut, slated to possibly win the Calder. While Burakovsky will continue to be stellar if he can find his footing with new teammates and can stay healthy. On top of this, Seattle also acquired a 2022 third-round pick from Boston in exchange for 2022 fourth and fifth-round picks, giving them a great chance of selecting some talent in the upcoming draft. Overall, Seattle’s first off-season went very smoothly and it’s exciting to see where this team will go in the future.

Finishing squarely last in the Pacific Division in the 2021-22 season, the Kraken will likely not be too far ahead this time around. However, while improvement might seem slow, if Wright and Burakovsky can post enough goals, the Kraken might be able to move ahead of Anaheim or possibly even San Jose. However, the possibility of the Kraken reaching the lengths of the Oilers and the Flames is highly unlikely at this point. It can still be expected to see the Kraken at the bottom half of the standings, however, one should not discount Seattle completely this season. Watching this team grow and learn the ropes of the NHL and build camaraderie and a culture of its own over the seasons will be a sight to see. And while this season might not be more different than the last, there is hope and young talent in the new team.