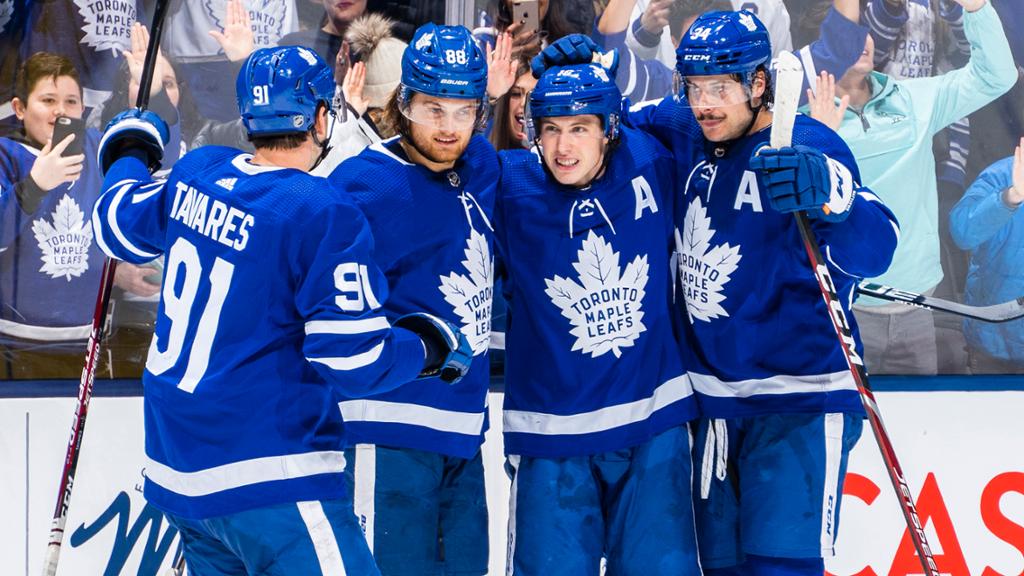 Who’s excited for a Leafs preview that we most definitely be proven wrong come May? It’s time I tackle the team I’ve loved to watch underperform for more than half a decade.

Last season Toronto finished at 54-21-7 with 115 points, good enough for second place in a very tough Atlantic Division. But we all know they ended their season by doing the thing… again. They went down in the first round to the Tampa Bay Lightning in 7 games… it had to be 7 again.

Looking at the regular season, and the regular season only, the Leafs are coming off of a historic season. Auston Matthews solidified himself as a generational talent that is going to fill seats every night, more on that can be found here, written by fellow BSP writer Natasha Girshin.

The Toronto team that GM Kyle Dubas built last year was truly special. It was probably the most fun and dominant regular season in team history. Even with their best looking playoff appearance of this era, they still couldn’t get it done. I wrote before the playoffs that it would be a do or die playoff run for the team. I’ve slightly come back on that, they played good enough but beating Tampa isn’t an easy feat.

Toronto has a really weird offseason, highlighted by the Matt Murray trade. They also signed Ilya Samsonov to finish of their tandem in net. They also grabbed a few depth forwards. Including Nicolas Aube-Kubel, Adam Gaudette and Calle Jarnkrok. Jordie Benn and Victor Mete were also added for some extra defenseman.

The team also had some major departures that really shake up their look, losing Jack Campbell especially. They also lost Ilya Mikheyev, Ilya Lyubushkin and Ondřej Kaše. Kyle Dubas also brought back some guys to fill out the lineup to pretty good deals. Mark Giordano, Timothy Liljegren, and Pierre Engvall all are returning. I also expect the team to move some money around and keep Rasmus Sandin.

It’s hard to bring anything up going into this season before mentioning the goaltending. It’s the biggest question mark and it’s the only thing that saw major changes from last year. Matt Murray has potential to be good in net for them. I’ve been contemplating him since the trade and a change of scenery to his childhood team may be exactly what he needed. On top of that the story that would create would be a massive boost to team morale.

What isn’t being brought up enough in the Murray conversation is Ilya Samsonov. All people are talking about is Matt Murray is going to be a ride or die for the team, Samsonov is getting neglected in the conversation. If Murray is bad the Leafs still have an option in Samsonov. I don’t think he’ll blow our minds but he should be good enough to rely on for a bit. The problem is I can’t guarantee either of them will be good enough to win a playoff series, and lets be real that’s the only thing that matters this year.

The rest of the team is still great. I fully expect Matthews and Marner to light up the league again. If Matthews has a full 82 games the rest of the league should be scared. I’ve heard Tavares has actually recovered from some lingering injuries, so expect a better version of him. The defense is still plenty good enough, I’m excited to see a full season of Giordano paired with Liljegren.

If the Leafs just get league average goaltending, they cruise into the playoffs. After that they just need a small handful of good games in net to win a series. This is the year that’s truly do or die and I really think they get at least one round this year.

Source for the lines can be found here. Expect this lineup to change throughout the year. I expect Sandin and Robertson to also be key pieces this year and the D-pairings will rotate as well.