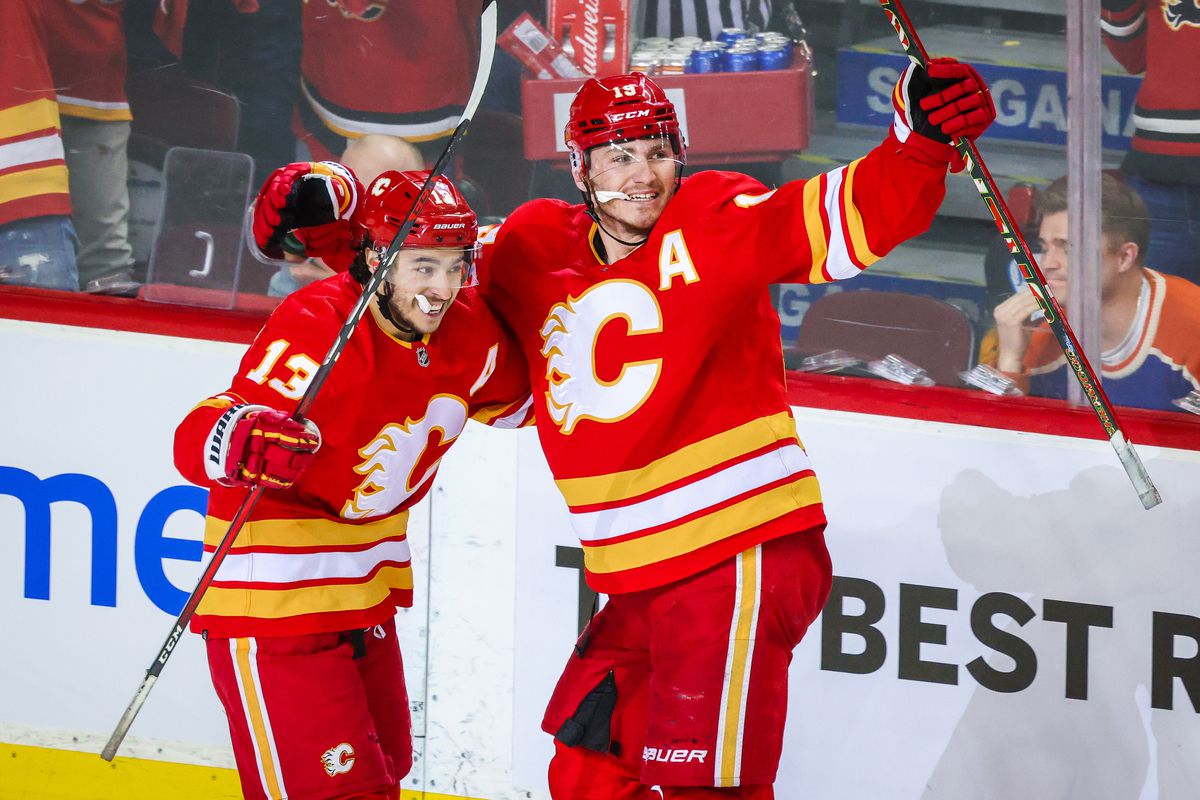 With massive trades this off-season, and a near sweep in the second round by Edmonton, the Calgary Flames have a ways to go this upcoming season. Their production going forward without Matthew Tkachuk and Johnny Gaudreau, with the gaining of great players such as Jonathan Huberdeau, MacKenzie Weegar, and Nazem Kadri will result in an interesting season, and hopefully a playoff clinch to top it off.

The biggest moves the Flames made this off-season was no doubt the Nazem Kadri signing to a 7 year contract. Along with this, the Flames also acquired Jonathan Huberdeau, MacKenzie Weegar, prospect Cole Schwindt and Florida’s lottery-protected first-round selection in the 2025 NHL draft from Florida Panthers for Matthew Tkachuk and a confirmed fourth-round draft selection.

While not an off-season ‘move’, the Flames also let go of star player Johnny “Hockey” Gaudreau who departed to the Columbus Blue Jackets, likely looking for higher pay. This resulted in fear that the Flames couldn’t fill the space of a missing Tkachuk-Gaudreau lineup which produced so much chemistry and talent for the team. However, the Flames did not lose much as with Huberdeau-Weegar as well as Stanley Cup winner Nazem Kadri, the Flames have a good shot at being a playoff team once again.

With the off-season moves stated above, the Flames are likely to see another playoff clinch. However, it is hard to say whether or not they could make it to the second round again. This will be easier to decide once the season starts and we can see how well Huberdeau, Kadri, and Weegar fit in to the Calgary scene. In the meantime, it is safe to say that the Flames will likely not be bottom of the Pacific Divison. If this lineup can fill their space well in the roster and develop good chemistry with each other and the rest of the team, the Flames talent level should continue on its current path.