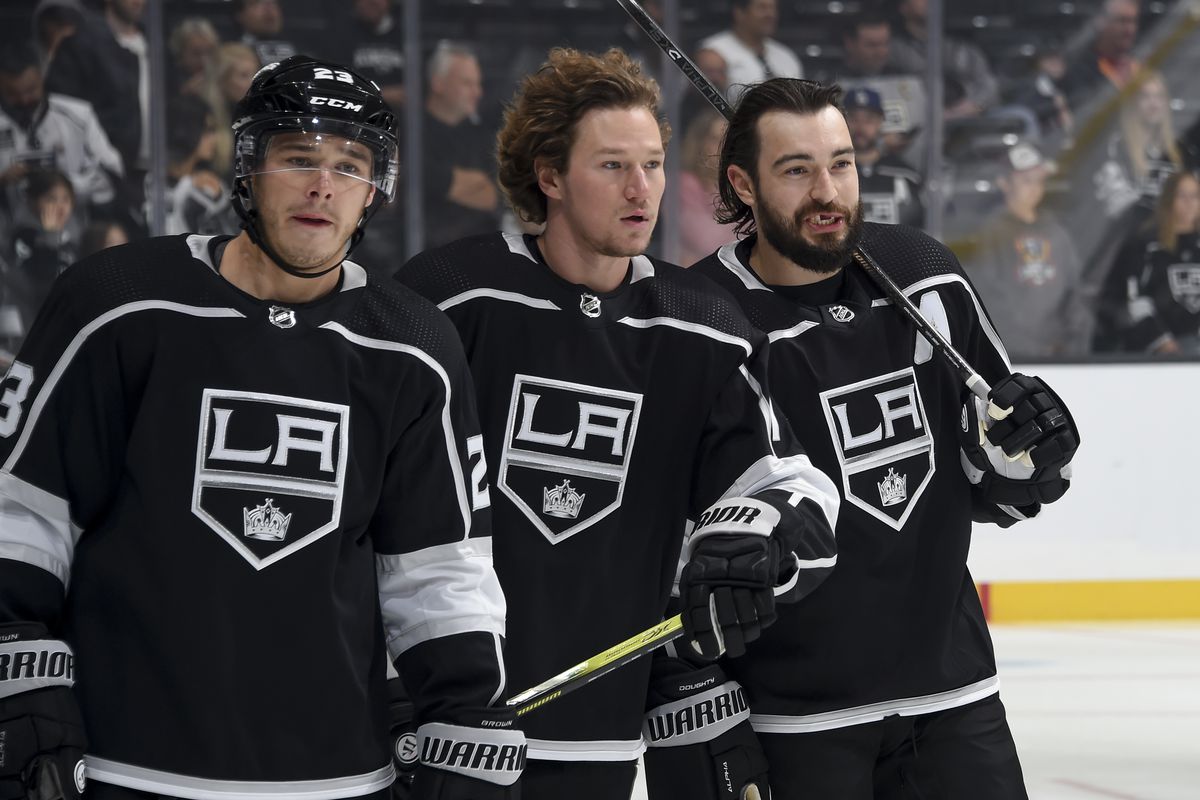 Coming off their first playoff appearance since 2018, the Kings are looking to remain a playoff contending team.

LA held a 3-2 series lead over the Oilers, but couldn’t contain their prolific offense long enough, and lost in game 7. Despite giving up a 3-2 series lead, the season was an overall success for the Kings.

The team finished the regular season 8th in goals against(236) and 20th in goals for (239). The Kings have struggled to score consistently for quite a while now, and GM, Rob Blake, looked to improve the offense this offseason.

Los Angeles made their big move on July 29, when they traded their 2022 1st-round pick (19th-overall), and prospect, Brock Faber, to the Minnesota wild for Kevin Fiala.

The next day, the Kings signed Fiala to a seven-year extension with an AAV of $7.875 million. The Kings also extended forwards, Adrian Kempe for 4 years and Carl Grundstrom for two.

Aside from the losses of Andreas Athanasiou, Olli Maatta, and Troy Stetcher, the team has remained very similar to the 2021-22 roster. Of course, the most notable departure was Dustin Brown.

Starting with the newest member of the forward group, Kevin Fiala is coming off a career year with the Wild.

In 82 games played, the 25-year-old winger recorded career highs in goals (33) assists (52), and points (85). With Fiala, the Kings are getting consistent offensive output, along with more speed to make for quick zone entries and chances off the rush. Fiala will also be a welcomed addition to the powerplay that struggled last season.

With a top-six consisting of Kopitar, Kempe, Fiala, Phillip Danault, Viktor Arvidsson, and Trever Moore, the Kings could see their scoring issues quickly become an afterthought.

Likely centering the third or fourth line will be Quinton Byfield. The 6’5 center still has some development ahead of him, but can learn a lot from Kopitar and Danault.

As long as he stays healthy, the Kings will see a steady rise in Byfield’s development throughout the 2022-23 season.

Arthur Kaliyev and Alex Turcotte are candidates for breakout years as well.

On the backend, Drew Doughty will be looking to bounce back after a season plagued by injuries.

Doughty was unavailable during the playoffs and only played in 39 games during the regular season. However, when Doughty was in the lineup, he notched 31 points and logged a 25-minute average ice time.

A healthy Doughty will give the team defense a huge boost, especially since the team was top 10 in keeping the puck out of their net without Doughty.

Like the forward group, the Kings have a handful of promising young players on the backend. Sean Durzi was impressive during his 64-game stint, scoring 27 points.

When players like Doughty were out the Kings could rely on their young guys to step up when they needed to.

The defensive depth will prove to be frustrating for teams to get past.

Some of the biggest question marks surrounding the Kings are in regards to their goaltending.

Jonathan Quick had another solid season with a 23-13-9 record, and a .910 save percentage. While those are good numbers, the possible issues arise when looking at contract situations and the tandem as a whole.

Unless he receives an extension, Quick will be a UFA at the end of the season, and the 36-year-old goalie has dealt with lower-body injuries in the past.

It doesn’t look like this season will be a “last hurrah,” type season for Quick, but there are concerns about how much longer he can keep up his consistent play.

Even if the Kings resign Quick, the starting job will eventually fall on Cal Petersen, who some fans aren’t sold on yet.

Last season, Petersen finished with a 20-14-2 record and a .895 save percentage. The 27-year-old is set to make $5 million for three more years. Petersen could be put in the starting role as early as this season

Quick and Petersen have the ability to be a solid goalie tandem. Despite boasting a solid defense, the Kings will need good goaltending if they want to make a deep playoff run.

If all goes well for the Kings, all evidence points to them having no problem earning a playoff spot for the second year in a row.

Finishing third in the Pacific looks most likely for LA. As of now I still see the first and second places being between Edmonton and Calgary, but the Kings could be a dark horse to steal one of those spots.

The willingness to trade away a first-round pick and a top prospect shows how LA is transitioning from their rebuild, and returning to a playoff contending team.

With their core locked up to multi-year contracts, and an impressive prospect pool, this next season could be another big step back to a Stanley Cup contending team.