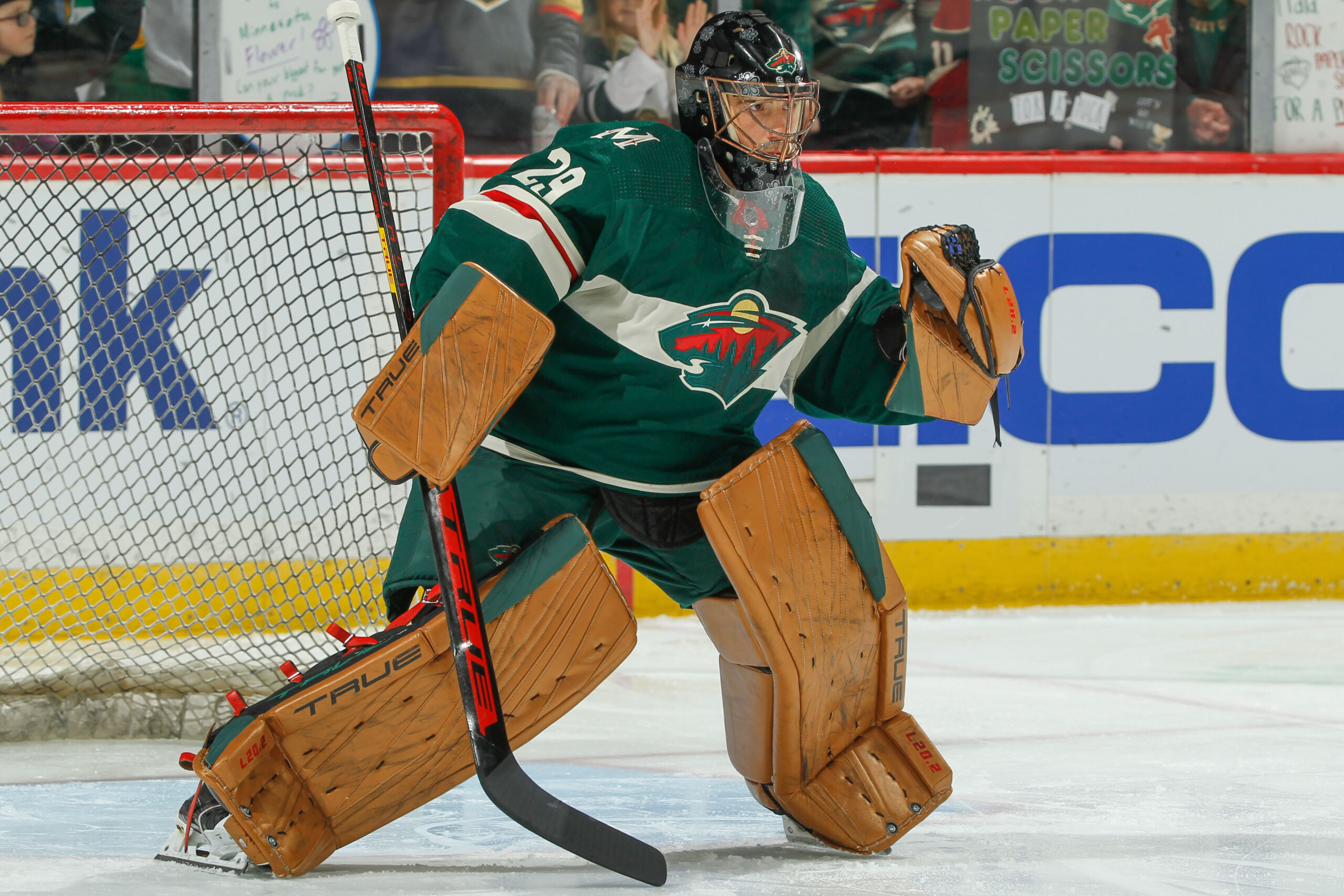 The Minnesota Wild racked up 113 points in the 2021-22 regular season. They were very rocky in the playoffs after a first round exit. The organization will be hoping for a much better finish to their season in 2022-23 with a young core as good as anyone in the league. Let’s see what to expect from the Wild this season.

The Wild traded two key pieces away, however. They started by trading Kevin Fiala to the Kings. Also, they traded Cam Talbot to the Senators for fellow goaltender Filip Gustavsson. This came just five days after the Wild locked up Marc-Andre Fleury for two more years. They are trying to win now, and they believe Fleury gives them the best chance to do so. Andrej Sustr was probably their biggest signing as a free agent, which tells you they are confident in their group. Sustr will essentially replace Benn as that 6th/7th defensemen. They also added Sam Steel who could be a younger replacement for Bjugstad as well.

The biggest part of this team is the young core which includes Matt Boldy, Marco Rossi, and Tyson Jost. All former first-rounders expected to play together this season. Jost at 23 has a lot of experience, but not a lot of production. They are hoping he finds some next to future stars Boldy and Rossi. On defense, Calen Addison has been waiting patiently to make the squad and he’s projected to make it this season. He could be a player to watch for a breakout as well.

We all know how elite Kaprizov is after his 108 point campaign in 2021-22. His line, whoever is with him, is going to produce. Ryan Hartman put up 34 goals and 65 points a year ago, and Mats Zuccarello put up 79 points in just 70 games. This line will produce big time. Assuming Rossi is as good as people think, him and Boldy will make sparks. Boldy registered 39 points in only 47 games last season.

In the bottom six, Joel Eriksson Ek is the headliner. Although, he had a little bit of a down year, but he should bounce back in 2022-23. Jordan Greenway is a scrappy player and Marcus Foligno has been a very good third-liner for a long time now. The bottom line is lead by the center Frederik Gaudreau. He has a really good season a year ago, and will be relied on heavily to contribute for the bottom line this season. Dewar and Duhaime are both young players and won’t be relied on as much as Gaudreau will be.

There are a lot of stable players on this defensive unit. The top line will be very good with Matt Dumba back from injury and Jonas Brodin by his side. The team captain, Jared Spurgeon gets a new line mate in Jacob Middleton after the team traded for him last season. Alex Goligoski has been doing it long enough to know what you’ll get from him, and his line mate has a lot of upside. Addison is a young player that has been highly touted for some time. He and Goligoski could combine to be one of the better third lines in the league.

The net is owned by Fleury. He will likely play somewhere around 65 games this season. However, young backup Filip Gustavsson was once a highly touted prospect. He has a lot of upside and he hasn’t been playing behind a great team in his early starts of his career. The Senators did not help him look good by any means. He will look to turn things around for his career behind Fleury in the limited games he will get.

In the Central Division, it is a race for 2nd place. The Aves are absolutely loaded even after winning the cup last season. So, the best case for the Wild is to repeat as the 2nd best team in the Central, and that’s exactly where I am putting them. I do not see another team in the Central that has this much young talent ready to play at the NHL level right now. They have vets around these youngsters and are going to be one of the toughest teams in the Western Conference.

Fans will not accept another first-round exit for the Wild this season. Luckily for the fans, I don’t see that happening again. Unfortunately, they still have the Aves in their division, so I expect them to get through that three-seed in the division in the first round, but they will not have enough to handle the Aves in round two.  It will be a great season for the Wild to even give the Aves a good series if they can get to that point. All in all, the future is bright in Minnesota regardless of how this season ends. It will be an exciting season to be a Wild fan!