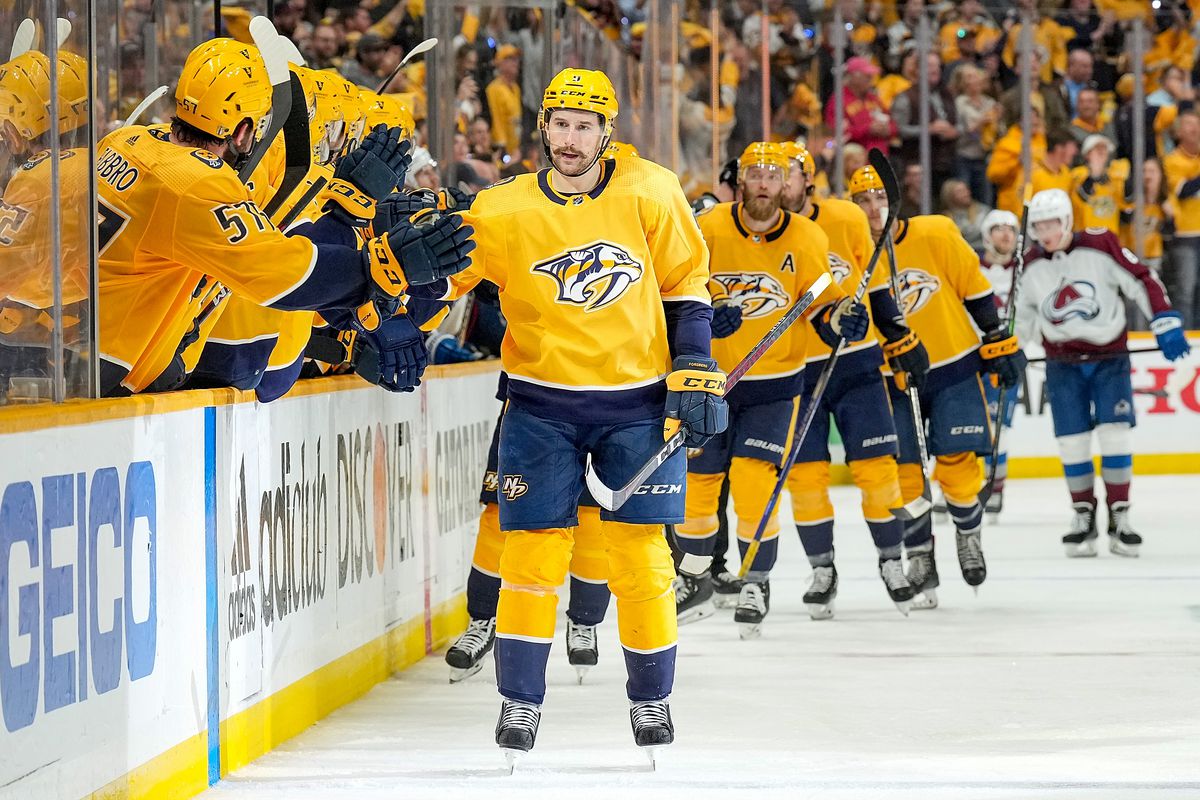 The Predators have been one of the most consistently average-to-above-average teams in the NHL over the past eight years. They have been to the playoffs 7 of 8 times; only having missed the COVID restart season. However, they only made it out of the first round just three times in that span. They did not make a huge splash this off-season. It will be interesting to see how this group develops in one off-season.

As far as departures go, the Preds did not lose much other than bottom-six forward, Nick Cousins. That is the good news. On top of that, they avoided Filip Forsberg touching the open market by signing him to an 8-year extension. They also lost defenseman Philippe Myers via trade when they dealt him to the Lightning.

This trade was what led to their biggest addition in the off-season. They landed Ryan McDonagh from the Lightning and that will help bolster their blueline in a big way. The other key addition to this roster was Nino Niederreiter who was a sneaky pick up. The early run of signings were over, and just over a week into free agency they landed him. We will get more into his potential impact later.

The final addition to mention is goaltender, Kevin Lankinen. He has started 69 games in two seasons for the Blackhawks. He should provide good depth behind Juuse Saros this season. As far as prospects go, this roster doesn’t really have room for any. The prospect most likely to make the jump at some point this season is Connor Ingram. He has had a great career in the minors so far, and he has been waiting for his chance in the NHL.

An injury to Saros or a struggling Lankinen could vault him onto the roster as the replacement. Another threat would be star prospect Yaroslav Askarov if the team thinks he is ready for the big league. He could cut ahead of Ingram in line if the team does believe he can handle it.

We all know how good Forsberg is, and Duchene had a bounce back year last season. Granlund may need to pick up his play up the middle offensively with the talent he has on his wings. Line 2 will have a lot of questions to answer. Tomasino had just 32 points in 76 games as a rookie, and Niederreiter is new in town. With Johansen centering the line, I expect a very productive line. Nino should come in and gel right away because that’s just the player he is. However, Tomasino will be expected to have a jump in production.

This third line is one of the more underrated line 3’s in hockey. Jeannot was fantastic in 2022-23. On top of that, Trenin scored 17 goals. This line is scrappy and can produce points. They are the heart of this forward group. Cody Glass, a former top pick by the Knights, has a ton of talent and has not been able to translate to the NHL level yet. Tolvanen is a guy the Predators have a lot of hope in so I think this line could be sneaky good for them, although it may also end up being a weakness.

The top line of Josi and Fabbro does not need much mention. Josi is one of the best in the game, and Fabbro is a talented young player that has really come into his own the past couple seasons. Line 2 is a really stout pairing with McDonagh coming over from Tampa Bay. He joins Ekholm to combine for one of the best line 2 pairings in the league.

Carrier had a very good season in 2021-22 with a +26 plus/minus and 30 points. Lauzon only played 13 games with the Preds in 2021-22. They picked him up mid-season from the Kraken. He may be someone they look to replace at some point during the season.

Juuse Saros is one of the league’s best and most underrated goaltenders in the NHL. He should be in for another excellent season. Also, the team has a new backup who has had his own moments of excellence in the league. He may have had some poor overall stats, but managed a career .901 save percentage in two seasons with a pretty bad team in front of him.

He may work wonders with the unit Nashville has in front of him. One thing we know is goaltending won’t be a concern for this team this season. Two prospects are their safety blanket in net with Ingram who we mentioned earlier as well as all-world prospect Askarov.

The Western Conference is much weaker than the Eastern Conference in my opinion. The Central Division is probably better than the Pacific, but the Predators are in good position to return to the playoffs. There are three clear bottom-feeders in the Central in the Coyotes, Blackhawks, and Jets. I think the Jets are headed into a mini-rebuild. The top 5 is very competitive and I can see the Preds finishing anywhere between 2 and 5 in the division. However, I do think they will be a wildcard at worst case scenario. My official prediction has them as the 4-seed in the Central Division and being the top wildcard in the Western Conference.

Unfortunately, I foresee a similar fate for the Predators that they’re used to. I think they will likely be headed for another first-round exit. The top tier talent on the roster just isn’t there with the rest of the top teams in the conference. I like their depth and their chemistry with a lot of similar faces, but I do not expect that to be enough. Although, the Predators will never be an easy out in the postseason, so it is not totally impossible that they go on a run and win a couple playoff series.