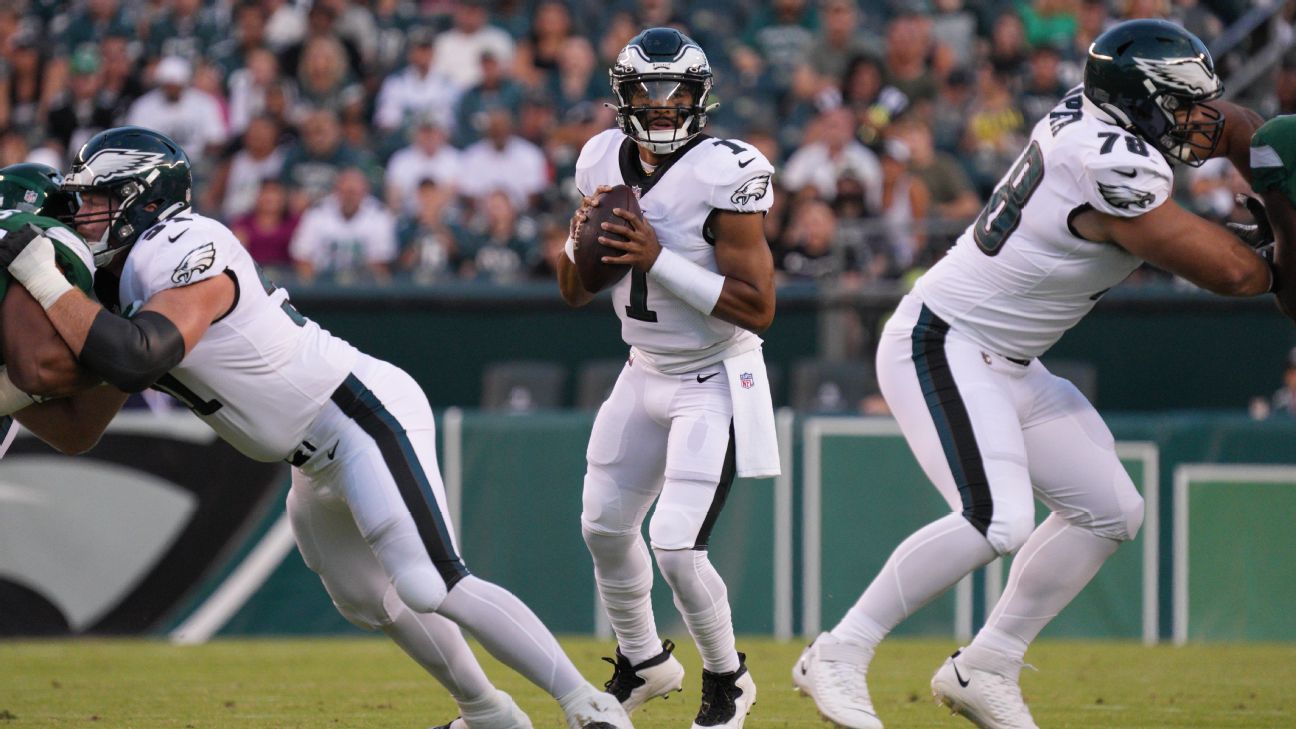 The Eagles made a late-season push last year to secure the seventh seed in the NFC. However, the Tampa Bay Buccaneers won controllingly, winning 31-15. Philadelphia fanatics were not appreciative of the team brought to the field all season long.

Although, this offseason was the busiest GM Howie Roseman and the front office have been in some time. They brought in several notable names through the draft and free agency that will contribute right away. This team has gone all in on this upcoming season to make another 2018 miracle happen.

All of Philadelphia knew the Eagles had to make a big splash in acquiring more talent to make this team competitive through January. And that is exactly what they did. On draft night the Eagles acquired WR A.J. Brown from the Tennessee Titans. The former All-Pro is now paired up with WR Devonta Smith which makes this receiving core legitimate.

The Eagles did not lose too many contributing players this off-season. They retained the players who they needed to like DT Fletcher Cox and C Jason Kelce. One departure included CB Steven Nelson, who signed with the Houston Texans. In 16 games started last season, Nelson recorded 7 pass deflections and 1 interception. That productivity can easily be replaced.

A more meaningful departure included S Rodney McLeod. He spent 6 seasons in Philadelphia before signing with the Colts this offseason. In those seasons McLeod recorded 11 interceptions and 34 pass deflections. The safety position is a weak spot for Philadelphia this year.

Look for WR Devonta Smith to improve more this season. Smith put up 64 receptions, 916 yards, and 5 touchdowns when he was the number one receiver on the team. Bringing in A.J. Brown will give Smith the opposing team’s second-best corner and fewer double teams. He will have countless opportunities to contribute and could make a case for his first Pro-Bowl selection.

Although his productivity will also rely on QB Jalen Hurts. This is a make-or-break season for Hurts. The front office went out and put the pieces around him to be successful. The season will go as Hurts goes. Look for Hurts to put up solid numbers through the air and on the ground.

Lastly, rookie Jordan Davis will be hungry to go out and prove himself this season. There were doubts about how his game will translate to the NFL, but his athleticism and size are truly incredible. He will become a household name after this season.

The Eagles have the third easiest schedule in the NFL. The top four teams are the entire NFC East, which speaks volumes about how the division has weakened over the past few years. Their opponent’s win percentage from last season is .464 for Philadelphia. Other than the given divisional games this season look out for the Green Bay Packers and New Orleans Saints games.

Week 12 is the weekend after Thanksgiving which is when the season tends to heat up with the playoff races ahead. It will always be a tough matchup when playing Aaron Rodgers and the Packers. Although they lost All-Pro Davante Adams, the Packers should have the receiving core figured out by then. This game is a possible playoff matchup that could be one of the first real tests of the season for Philadelphia. The Packers have won three out of four of the past matchups.

Week 17 vs New Orleans could be a substantial game within the NFC playoff race at the time. New Orleans is relatively always a good team and will be competing for a playoff seed. This game will be another test to see how Philadelphia performs against another strong competitor. The Eagles have won the past two matchups by a combined 14 points.

The Eagles improved drastically from last season. They will compete with the Dallas Cowboys to see who’s the NFC East winner. I think as long as Hurts plays average this team will be able to win games. They have way too much talent to not at least make the playoffs. I can see them winning a playoff game or two this season. That would be an improvement from last season in which Philadelphia fanatics adamantly want to see. But once again, this team will go as Jalen Hurts goes.

Preseason is in the books! Now on to the final cuts for the Chargers
Eagles Continue to Improve Roster; Trade for DB Chauncey Gardner-Johnson