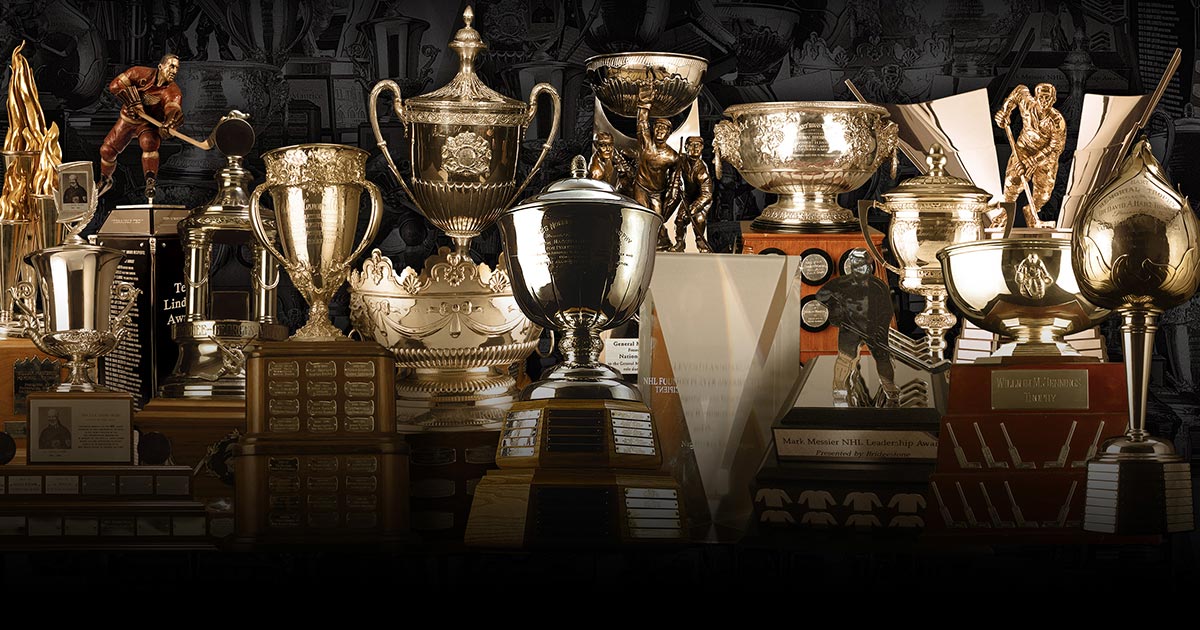 The last of the NHL Awards were awarded on Tuesday. While this year’s edition may not have had any huge surprises, it was a great lookback on the incredible season we got to watch.

Some of the awards are determined as soon as the season is over, determined solely by statistics. Trophies like the Hart, Art Ross, and the William H. Jennings are all decided at the conclusion of the regular season.

The Art Ross is awarded to the player with the most points at the end of the regular season. This year’s winner was now four-time recipient Connor McDavid of the Edmonton Oilers.

The Rocket Richard is given to the player with the most goals at the end of the regular season. This year’s recipient was Auston Matthews of the Toronto Maple Leafs, his second consecutive year winning. Matthews won despite having only 73 games played compared to second place Draisaitl playing 80 games.

The Jennings trophy is awarded to the goalie(s) on the team with the fewest goals allowed with a 25 games played minimum. The trophy was shared between Carolina goaltenders Frederick Andersen and Antti Raanta.

The majority of the other awards are voted upon, either by the PHWA, GM’s, NHLPA or other groups, These tend to be the bigger ticket awards of the season.

The Messier award is decided based on input from fans, teams and others but finally decided upon by Mark Messier himself. It’s awarded to a player who is a leader to their team and their community. This year’s winner was Anze Kopitar of the Los Angeles Kings.

The King Clancy is given to a player who displays leadership qualities on and off of the ice, and also shows humanitarian efforts off the ice. The winner this year was P.K Subban of the New Jersey Devils.

The Lady Byng is awarded to a player who shows gentlemanly behavior and true sportsmanship, It’s decided upon by the Professional Hockey Writers Association. This year’s recipient was Kyle Connor of the Winnipeg Jets.

The Masterton is given to a player who shows true perseverance and dedication to the game of hockey. It’s a feel good story that is also decided by the PHWA. The winner this year was Carey Price from the Montreal Canadiens.

The Selke trophy is awarded to the best defensive forward of the year, decided by the PHWA. This was the fifth victory for Patrice Bergeron of the Boston Bruins.

The Jack Adams is given to the coach of the year. It’s voted upon by the NHL Broadcaster’s Association. It’s usually given to a team that found success but wasn’t expected to be good. The winner this year was Darryl Sutter of the Calgary Flames.

These are now the real big awards most fans follow. The Calder is given to the rookie of the year. It’s a fun trophy to follow throughout the year. While Toronto’s Michael Bunting and Anaheim’s Trevor Zegras came close. Moritz Seider from the Detroit Red Wings was this year’s recipient.

The Norris is given to the defenseman of the year, which in the past has just been the defenseman with the most points. Finalists were Victor Hedman, Roman Josi, and Cale Makar, with Colorado’s Makar coming out on top.

The Vezina is awarded to the best goaltender of the season. This year was a no-brainer all year long, one goalie was far and away the best all year. Igor Shesterkin from the Rangers was an easy pick for the win.

The Ted Lindsay is my personal favorite award. It’s given to the most outstanding player as decided upon by fellow members of the Player’s Association. It’s similar to the MVp but it’s decided by other players instead of the media. Auston Matthews capped off his historical season by taking the Ted Lindsay Award home.

The Hart is the biggest individual award of the year. Awarded to the League’s most valuable player and voted upon by the PHWA. Finalists were Igor Shesterkin, Connor McDavid, and Auston Matthews, and for the first time since Ted Kennedy in 1955 a Maple Leaf took home MVP. As Auston Matthews caps off his season for the ages.

Is There Hope For The Flyers?
Did the Boston Celtics Steal J.D. Davison?