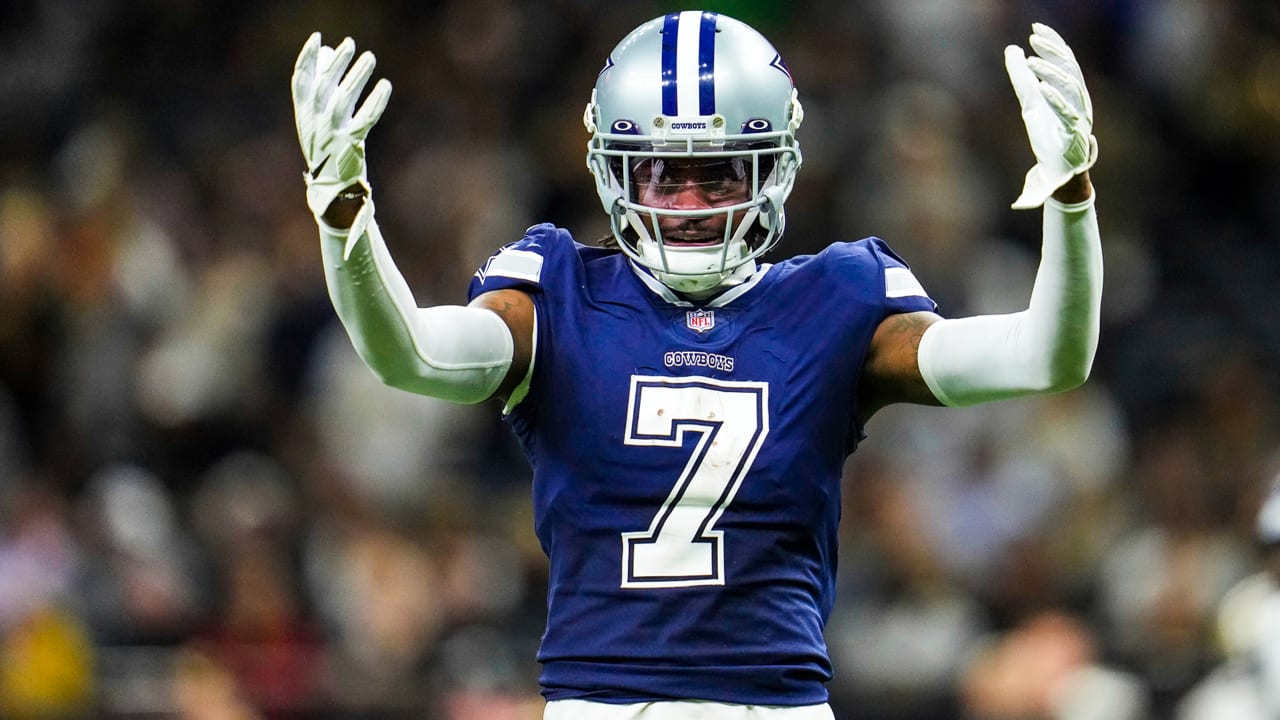 Players throughout the NFL are heavily criticized from the moment they get drafted. That is no different for Dallas Cowboys cornerback Trevon Diggs.

Brother of All-Pro wide receiver Stefon Diggs, Trevon was heavily talked about while at the University of Alabama. After getting drafted by the Dallas Cowboys in the second round of the 2020 NFL Draft the discussions only grew.

Like his brother, Trevon played wide receiver until he switched to cornerback while at Alabama. A difficult change to come to terms with, Diggs decided to make the most out of the position change.

While playing under Nick Saban from 2016-2019, Diggs recorded 4 interceptions and 17 pass deflections in his new position. Diggs showed his potential at the cornerback position enough that he was drafted 51st overall in the 2020 NFL Draft to America’s Team.

One of, if not the most talked-about teams in the NFL, Diggs’ would have eyes on him at all times while having the star on his helmet. As most rookies, he had his ups and downs throughout his first NFL season.

In 2020, Diggs recorded 3 interceptions with 14 pass deflections while allowing 667 yards and 5 touchdowns. One of the most memorable moments of his rookie season happened in Week 3 against the Seattle Seahawks. Diggs forced a fumble on DK Metcalf right before he crossed the goal line which resulted in a touchback. Even though Diggs had gotten beaten on the route, he did not give up on the play which is great to see out of a young player.

Diggs also put the league on notice of his ball-hawking skills against the Philadelphia Eagles on Sunday Night Football. He recorded his first two interceptions that night in the loss.

In only his second season in 2021, Trevon Diggs made sure the entire league knew his name. Diggs had a historic season recording a league-leading 11 interceptions, tying Everson Walls for the most interceptions by a Dallas Cowboy in a single season. He also returned two interceptions for touchdowns and 21 pass deflections.

Diggs had recorded an interception in the first six games of the season which had not been done since 2003. He was awarded All-Pro and Pro-Bowl in only his second season.

Though Diggs put up historical numbers in only his fifth full season playing cornerback, the criticism was piled onto the Maryland-native. Many fans and analysts picked apart Diggs for the yards he had given up throughout the season, 907 yards allowed, most in the NFL (Pro Football Reference).

Though Diggs was getting takeaways at a significant rate, he did tend to get beat often which can become concerning. Giving up about 56 yards per game can definitely put the defense in a hard position each game. Although, getting the takeaways he does, is it as big of a deal as some make it?

There are people on both sides of this argument. For one, takeaways change the outcomes of games. When teams win the turnover battle, there is about an 80% chance they win the game. This is a compelling stat when fans discuss the impact that Trevon Diggs has on the game.

On the other hand, Diggs giving up the most yards at the cornerback position is concerning. Teams began and will continue to test Diggs. He tends to bite on the first move by a wide receiver which leads to a double move being open more often than not. There is always the risk of Diggs coming down with the ball when thrown his way, but that is a chance teams will be willing to take because of a possible home-run play.

Going into the 2022 season Diggs has to become more disciplined. He needs to learn when to become that ball hawk that he is and when to play it safe. This ability will come with more playing time and experience.

Though it is not likely to put up the same historical numbers as the 2021 season, Diggs can certainly create enough turnovers to keep the Dallas Cowboys leading the league in turnover differential.

Recently, ESPN ranked the top 10 NFL cornerbacks going into the 2022 season, and Diggs was number 10. Placing the league leader in interceptions at number 10 is truly insulting to the third-year corner.

Though Diggs had some careless moments during the season, he most certainly should not rank outside of the top five corners in the NFL. This will certainly give Diggs another chip on his shoulder to prove the doubters wrong. Look for the ball-hawk to come into the season flying around just as he did last season.