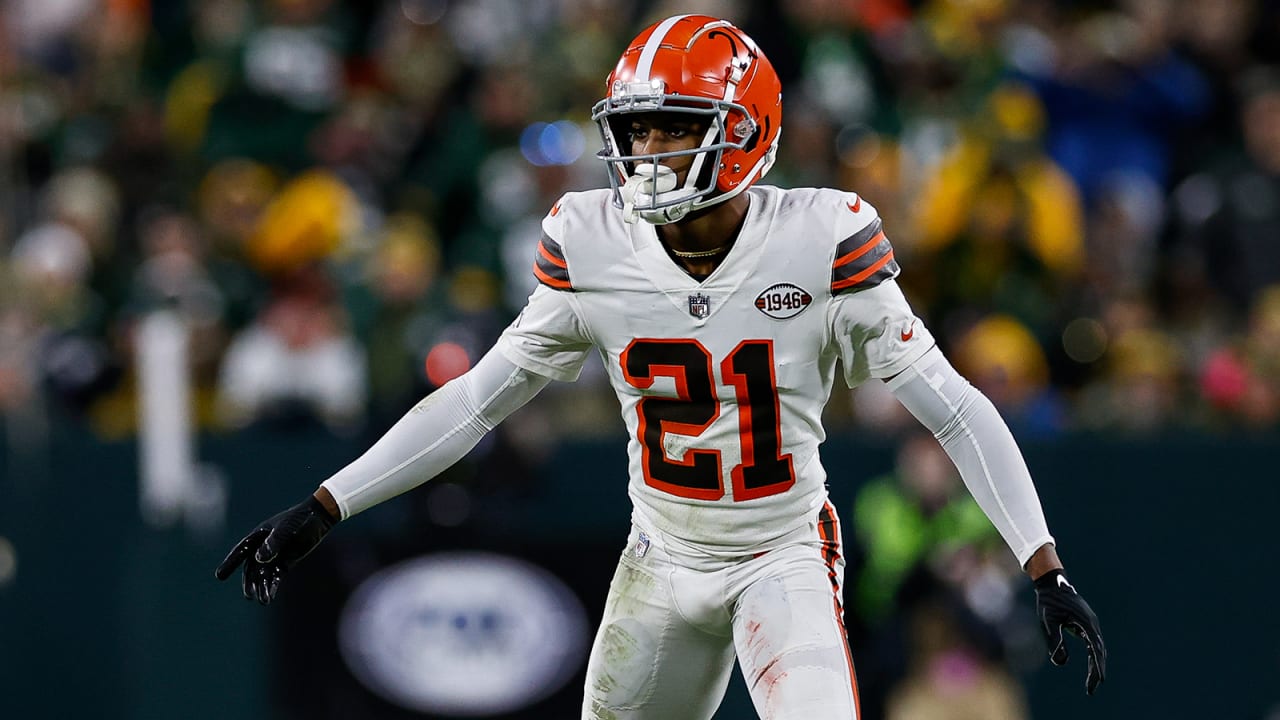 Over the past five or so years, the cornerback position has been a huge priority for the Cleveland Browns, along with the offensive and defensive line. The Browns love adding competition at the cornerback position every year, and it is an important position to watch at training camp on a yearly basis. After the departure of Troy Hill and M.J. Stewart, there are multiple open spots at cornerback, and it is expected to be one of the best position battles of training camp. I will evaluate which cornerbacks have already secured a roster position and which will have to fight for one during training camp.

Which Cornerbacks Have Locked In A Roster Spot?

Only four of the ten rostered cornerbacks have secured a roster spot for the 2022 NFL season. Coming off a Pro Bowl season, Denzel Ward will head this cornerback group for a fourth consecutive season. Greg Newsome II has established himself as the starting slot cornerback after having a strong rookie campaign. Ward and Newsome create one of the stronger young cornerback duos in the AFC, but the Browns do have a depth issue at the position.

Behind Ward and Newsome, the Browns only have one cornerback on their roster who has started more than one game, which is Greedy Williams. Williams has shown flashes of the talent that made him a 2nd round selection, and he was finally able to stay on the field for a full season in 2021. His size and speed, combined with his 2021 production make him the starting outside cornerback across from Denzel Ward. The only other cornerback who has essentially locked in a roster spot is Martin Emerson Jr. The Browns selected Emerson Jr. with their first selection of the 2022 NFL Draft in the 3rd round (68th overall). Being the Browns top selection in the draft, he is essentially guaranteed a roster spot, especially at a position where the Browns lack depth. They will look to develop Emerson Jr. to take on a bigger role in the future, in the case of an injury to a top cornerback or Greedy Williams leaving after this season.

Since the Cleveland Browns will likely carry four safeties as they did in 2021, this leaves two roster spots available for the remaining six cornerbacks.

Which Cornerbacks Will Win The Last Two Roster Spots?

For the last two roster spots, I believe it will be a four-man competition between A.J. Green, Herb Miller, Parnell Motley, and Shaun Jolly. A.J. Green has the best chance of making the roster out of the remaining cornerbacks, as he has the most experience with the Cleveland Browns, and is a strong special teams player. The sixth and final roster spot will come down to who impresses the staff during training camp. Herb Miller is the one with the most experience, while Motley is the most athletic of the bunch. I believe the Browns will take a flier on Parnell Motley who had an excellent career at University of Oklahoma, and has the most potential of the three.