3 Lakers Who Could Be On the Trading Block 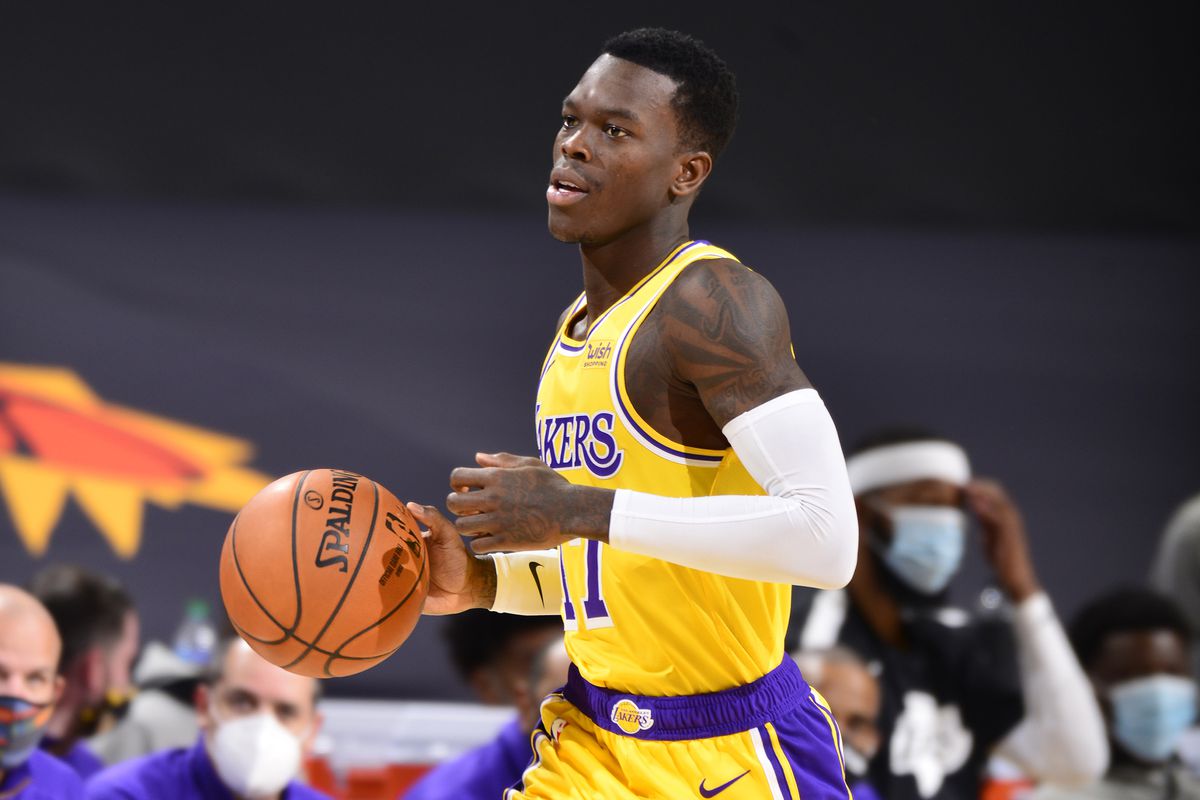 With the trading deadline set to hit Thursday at 3 p.m. ET, the Los Angeles Lakers may be bidders. The season hasn’t gone exactly as planned for LA, especially now with both LeBron James and Anthony Davis out. Rumors have circulated that the Lakers have thoughts on trading for another prominent star, specifically a wing. What we know thus far is that the Lakers are not willing to trade away draft picks or Talen Horton-Tucker, according to Brian Windhorst.

Montrezl Harrell’s name has been the most consistent name in Lakers’ trade rumors of all the bunch. Trez has even took exception to these rumors via his Instagram. However, the Lakers have already entertained the idea of trading away the reigning sixth man of the year in a deal with the Charlotte Hornets showing interest. Harrell is currently the fourth leading scorer on the roster for LA. Not to mention now with AD and James out, he is taking up a bigger role on the offensive end. Harrell is averaging 14.8 points and 6.6 rebounds on the season. Don’t except the Lakers to trade away Harrell until they have a better idea of the Andre Drummond buyout situation. As of right now, Harrell has a player option at the end of the year, making him a free agent should he choose to decline his option.

Kentavious Caldwell-Pope signed a three-year $39M contract this offseason to stay with the Los Angeles Lakers. So why would the team look to trade him away one year into his new deal? The answer to that is simply… consistency. But KCP is shooting a career high in three point percentage? Yes allbeit that that is true, the story of Caldwell-Pope has always been when he is on, he is on, but when he is cold, he’s really cold. To begin the year, KCP took off right where he left off from the postseason, becoming a top shooter in the league shooting nearly 50%. However, over his past five games, he’s only hit five threes. With the type of money that he is earning, that just doesn’t cut it. For any teams that does need a shooter, a new situation may be beneficial to KCP especially if it’s the right situation and a right deal in return.

Dennis Schröder has solidified himself as the Lakers third star on the roster behind James and Davis. Throughout the season, Dennis has been a positive for the team for many reasons. His leadership and tenacity has been the biggest impact for the team. Naturally competitive, Dennis gives everything he has and leaves everything on the court. This was quite evident a few weeks ago after diving for a loose ball against the Denver Nuggets. So why would the Lakers want to trade away somebody like that? Well the answer to that is that there may be an upgrade for Dennis if the deal is right. Not to mention that he is on the last year of his current contract, meaning that he will hit the market at the end of the season. Right now Dennis is making $16M, he has already stated he wants to be a Laker for a long time, but only if the deal is considered fair in his eyes. Depending on what “fair” means to him. With the Lakers already facing a cap situation for next season with the luxury tax, it may be better to trade Schröder away for something good in return.