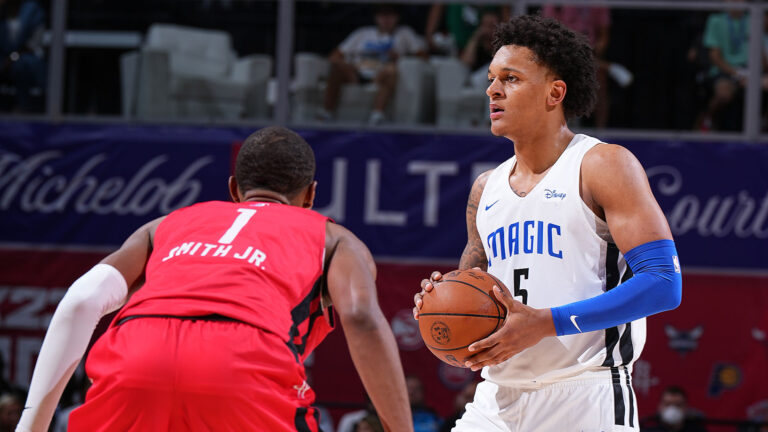 Banchero was incredible during his two games in the Summer League. Averaging 20 points, 6 assists, and 5 rebounds. He showed incredible creation ability and passing throughout these games. He needs to do a better job taking care of the basketball but was great given his usage. He was elite on the defensive end averaging 2.5 steals and a block a game. Showing how his 6’10” frame can impact the defensive end. This was on full display as Banchero blocked a game winning alley-oop against the Kings. Going into his summer league game, some had questions as to whether he should be the number one pick. Another candidate for this selection was Jabari Smith Jr. Jabari was ultimately selected third however he was the betting favorite for the first pick at a large -250. Paolo was incredible, scoring 17 with 6 assists. Banchero also erased a Jabari Smith Jr. layup, a great moment in their first matchup. Smith struggled, while he is still a great prospect, his summer league performance was subpar. Banchero went to the free throw line 20 times in these two games. The ability to impact the game on every level lead to added defensive pressure. Searching for contact, Banchero was very efficient at the line.

Kuhse deserves a chance in the league. 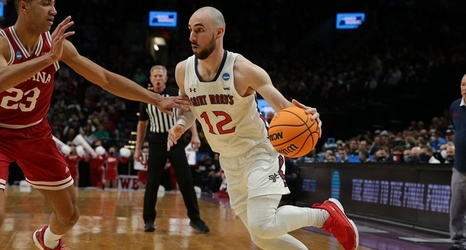 The Kuhse is loose! With one more two-way contract available to the Orlando Magic, they very well may choose to use that on Tommy Kuhse. Kuhse is a 5-year college player who went undrafted this year. As a senior in college, Kuhse averaged 12.2 points with 3.7 rebounds and 3.6 assists. However, in this year’s summer league, Kuhse lit up the scoreboard. In 3 games, Kuhse made the best of his opportunity scoring 17.3 points a game on incredible efficiency. 58% from the field and 40% from the three-point line. He was an injection of energy for the Magic, averaging 3 steals a game and being an overall nuisance on defense. It is great to see an undrafted player make the most of his opportunity. I believe Kuhse deserves an opportunity for a two-way contract, as his shooting and defense are necessary for a Magic team that was second worst in points per game.

RJ Hampton needs to step up to this opportunity 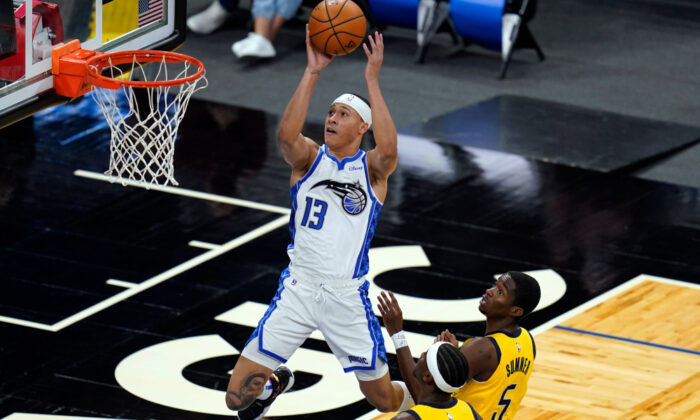 Hampton is one of the most interesting prospects on the entire Magic roster. A 6’ 6-point guard with freak athleticism who can push the pace of the offense and score in transition. He had a couple head scratching plays during summer league with his decision making. Either not making the extra pass to instead dribble or taking forced shots. Hampton is only 21 years old; we have certainly not seen the peak of his NBA career. He also was forced into a role in Summer League we will not be seeing during the regular season with Hampton as the primary ball handler. These mistakes can easily be fixed and learned through playing in the NBA for longer. He will be a valuable role player and prospect for the Magic and hopefully can take that next step.