3 Potential Candidates For The Celtics Job 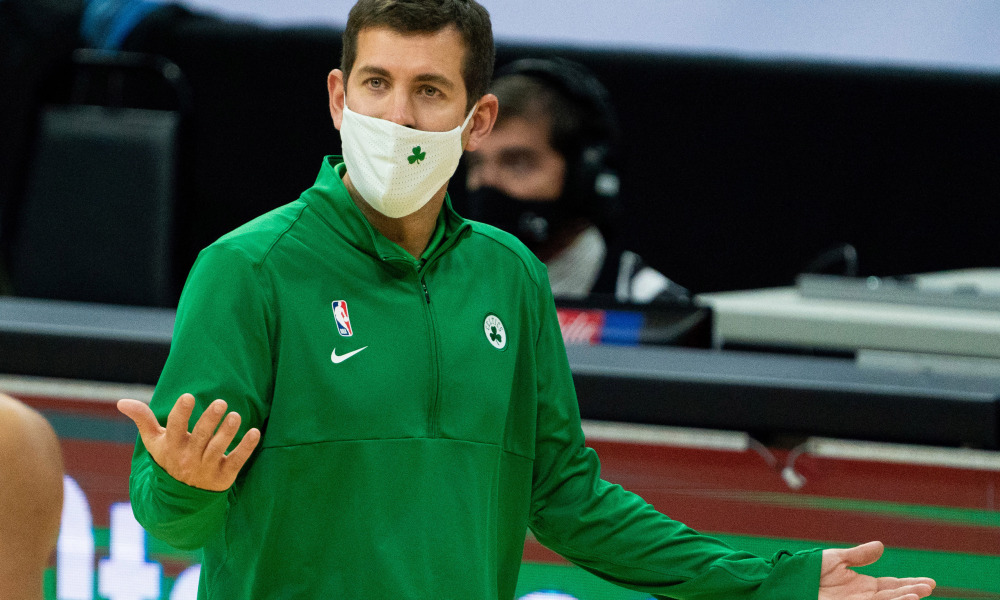 Early Wednesday morning, it was announced that Boston Celtics head coach Brad Stevens would begin transitioning from his role as head coach to replace Danny Ainge as the new president of basketball operations for Boston. ESPN’s Adrian Wojnarowski broke the news early Wednesday morning via his Twitter. This news shocked the NBA world, as it was only 12 hours ago that Boston had been eliminated from the 2021 playoffs by the Brooklyn Nets in five games.

The news of Ainge didn’t shock fans that much since it had been rumored all season as the Celtics struggled compared to the season’s past, but the word of Stevens’ transition caused social media to explode. Even though the Celtics struggled this season, the blame never seemed to be directed towards Stevens, as he has often been regarded as a top-five coach in the league. However, the spot is now open for a new coach to take control over the Celtics, and there have been some names already mentioned that could be potential candidates for the job.

One of the first names that fans speculated as a candidate for the Celtics job was someone who was mentioned a lot last summer. As teams with their head coaching spot left vacant began their respected searches, Jason Kidd was a name rumored all around the league. The now Los Angeles Lakers assistant coach was initially viewed as the favorite to take the head coaching job, but ultimately the role was given to Frank Vogel.

Although Kidd would be considered a younger head coach, he still has a load of experience under his belt. The 10-time all-star began his NBA coaching career as the head coach for the Brooklyn Nets for one season before his rights were traded to the Milwaukee Bucks in exchange for two second-round draft picks. In his four seasons as the head coach of the Bucks, Kidd led them to two winning records and three playoff appearances. Due to a lack of success in the playoffs, Kidd was fired by the Bucks following the 2018 season, being replaced by now head coach Mike Budenholzer.

Kidd has recently expressed that he still has desires to be a head coach, as his name was mentioned as a favorite for multiple jobs last summer, including the Lakers, Knicks, and Pelicans. Unfortunately for Kidd, all these teams decided to go a different direction, but the opening in Boston may be the opportunity that the legendary point guard has been hoping for.

Lloyd Piere is the most recent coach on this list with NBA head coaching experience. Pierce was the head coach for the rebuilding Atlanta Hawks since 2018 but was fired earlier this season after leading the Hawks to a disappointing 14-20 record to start the season. In his three seasons with the Hawks, Pierce never led them to the playoffs and never surpassed 30 wins in a season. It was reported shortly after that a lot of Hawks players were actually on board and supported the idea of a coaching change, including Hawks young superstar Trae Young. Pierce was replaced by Hawks assistant and former head coach of the Indiana Pacers, Nate McMillian, who led the Hawks to a 27-11 record since taking over and led them to the second round of the ongoing 2021 NBA Playoffs.

Although Pierce’s seasons with the Atlanta Hawks were underwhelming, he was put in a pretty tricky spot to lead that team. The Hawks were on the decline when Pierce took over, as they seemingly cleaned house with former all-stars Paul Milsap and Al Horford departing along with their strong supporting cast in Kyle Korver, Dennis Schröder, and Jeff Teague. Perhaps a fresh start with a promising young duo of Jaylen Brown and Jayson Tatum is exactly what Pierce needs and could make this a perfect match for both Pierce and the Celtics.

Becky Hammon is one of the most popular names in the NBA today. Even though she’s only been an assistant coach, the former WNBA legend has gained respect from players and coaches, even outside the San Antonio Spurs organization, where she has spent her entire 8-year coaching career in the NBA. Although she’s never been the official head coach for the Spurs, she’s still more than ready for a chance to be a head coach somewhere else. Hammon coached the Spurs summer league team in 2015, and in 2016 was the first female ever to be a part of an All-Star coaching staff. Although it wasn’t for a complete game, Hammon did act as the Spurs head coach once as during a matchup earlier this season against the Lakers when head coach Gregg Popovich was ejected in the second quarter.

Players, front offices, and fans know that Hammon is more than ready for a head coaching opportunity in the NBA, and it’s only a matter of time until she’ll earn that title. Now the reason why Hammon’s name is above a lot of other potential candidates for the Celtic’s job is because of comments made by the new president of basketball operations for the Celtics, Brad Stevens. In April, Stevens was asked about Hammon and the potential for her to earn a head coaching spot one day, in which he responded, “Without question, that day is coming, and I’m amongst the hopeful that it’s very soon.”

Could Brad Stevens be the person to give Hammon her first opportunity to take over a head coaching position in the NBA? We don’t know for sure yet, but it will undoubtedly be a truly historic day in the NBA world if it does happen.

Nets vs. Bucks: What We’ve Been Waiting For
Green And Gold Report: Melvin Reaches Milestone, As A’s Maintain Atop AL West