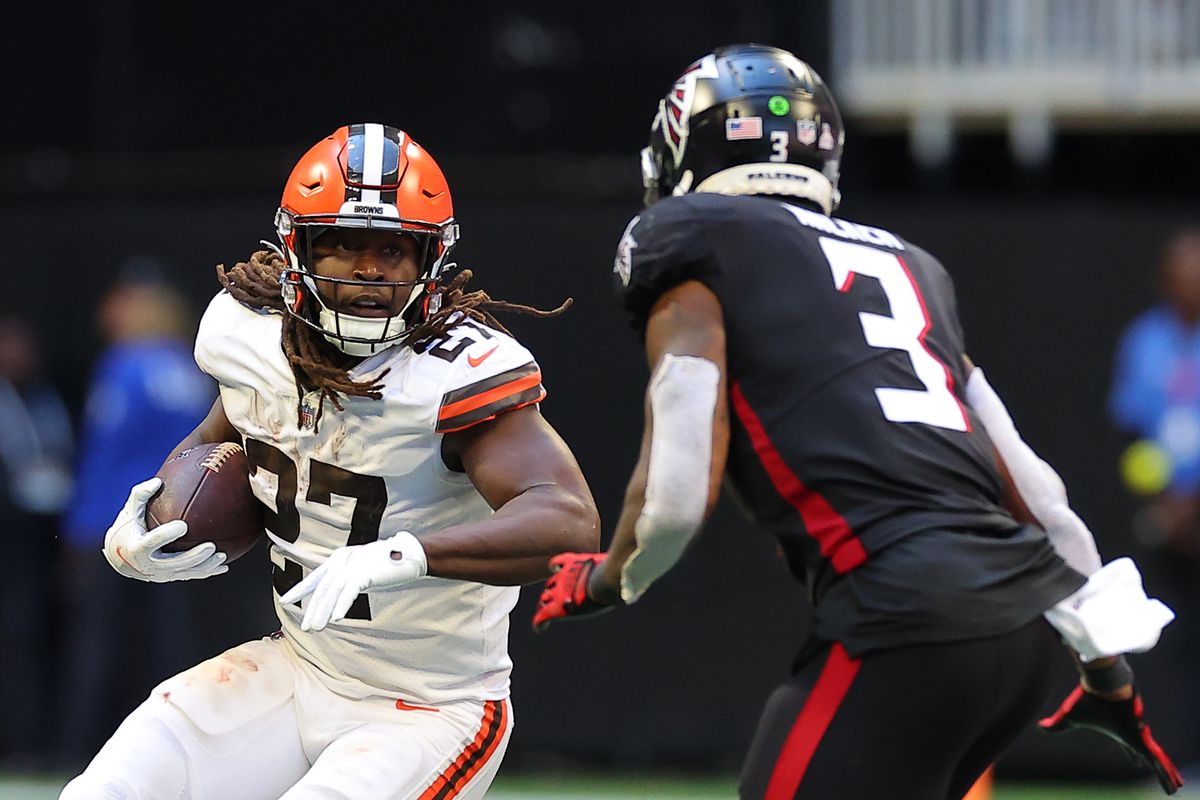 The Cleveland Browns walked away with yet another disappointing loss against the Atlanta Falcons in Week 4. In a matchup that came down to the wire, the Falcons were able to stop the Cleveland Browns comeback attempt with an interception of Jacoby Brissett with less than a minute remaining. It was another devastating loss for the Browns against a team that they were easily capable of beating. As the Browns head into an extremely difficult portion of their schedule, here are three things we learned from their Week 4 defeat.

The Browns are in desperate need of Deshaun Watson’s return

Jacoby Brissett has done a solid job for the Cleveland Browns through four weeks. Unfortunately, the Browns have continued to put themselves into positions where they need more than just solid quarterback play. In both of the Browns losses in Week 2 and Week 4, Jacoby Brissett was tasked with driving down the field late in the 4th quarter in order to either tie or win the game. Those two late-game drives both ended with an interception thrown by Brissett that ensured their defeat.

With the consistency issues on the defensive end for the Browns, there will likely be plenty of close games down the road. Until Jacoby Brissett can prove that he can perform in those crucial situations, Browns fans will be eagerly waiting the return of Deshaun Watson, who had 10 game-winning drives in 2018 and 2019.

Joe Woods is officially on the hot seat

After the Browns defense bounced back in Week 3 against the Pittsburgh Steelers, they had yet another disappointing performance this week against the Falcons. Although the secondary stood strong against the Falcons’ passing game, the run defense was essentially nonexistent throughout the game. The Atlanta Falcons ran for 202 yards on 35 attempts on Sunday, at a very effective 5.77 yards per carry. On the Falcons first drive of the 4th quarter, they drove 75 yards down the field for a touchdown without attempting a single pass.

After disappointing defensive performances in three of the first four weeks of the season, it is time that the Browns must consider the job security of their defensive coordinator, Joe Woods. The Browns are entering a stretch of games against some extremely talented offenses, including the Miami Dolphins, Cincinnati Bengals, Buffalo Bills, and Tampa Bay Buccaneers. If the defense is unable to hold up during that stretch, Joe Woods and the Browns may find themselves in a very difficult position at midseason.

The Browns rushing attack is the best in the NFL

Through the first four weeks of the NFL season, Nick Chubb and Kareem Hunt look unstoppable. The Cleveland Browns have the 2nd most rushing yards in the NFL, only behind Saquon Barkley and the New York Giants. They also lead the NFL in rushing touchdowns, 20+ yard runs, and rushing first downs, while not recording a single fumble so far this season. Nick Chubb and Kareem Hunt are on pace for an outrageous combined 2,800 rushing yards this season, and they aren’t looking to slow down any time soon.

The Browns will look to bully their way through their tough midseason schedule by dominating the time of possession battle using their elite 1-2 punch at running back.