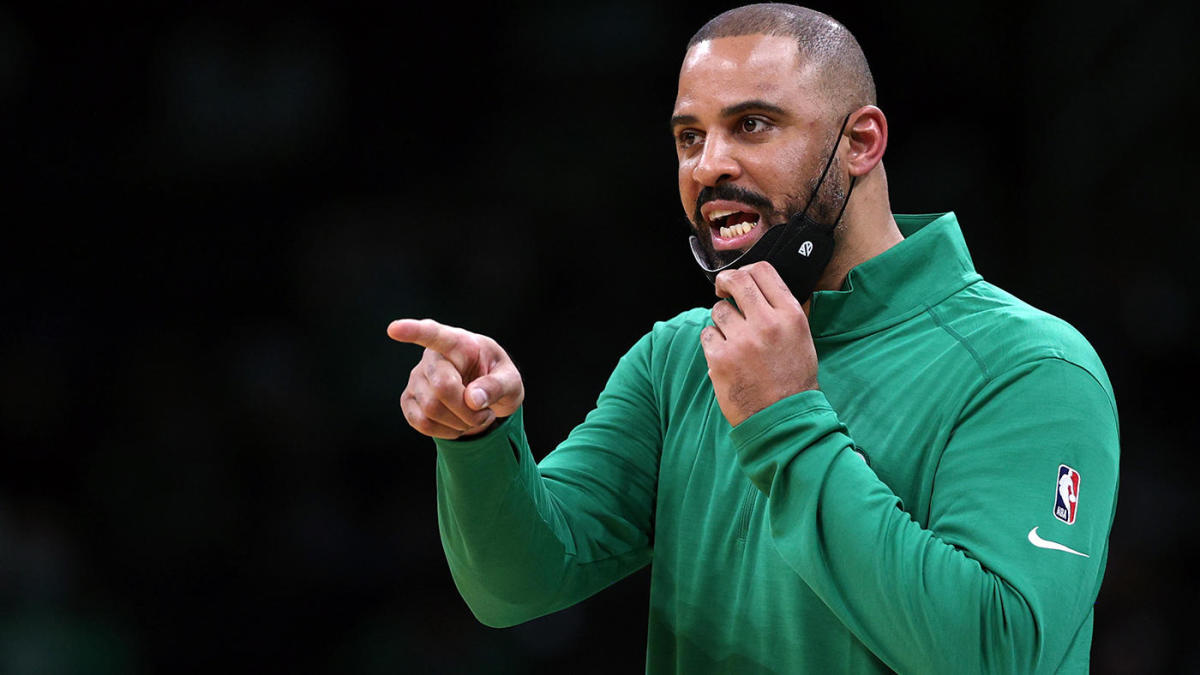 After an abysmal 18-21 start to the season, the media and fans had doubts and concerns with Udoka. Could he take control of the team? Was he too easy on the superstars, Brown and Tatum?

Come the end of January, the Celtics go on to win 23 of their next 27 games, becoming only the 3rd team in NBA history to be under .500 half way through the season and finish over .600.

When analyzing the second half comeback of the Boston Celtics, we have to start with the top of the food chain of the organization. General Manager Brad Stevens have Ime Udoka a chance to be successful with the foster he constructed throughout the season.

My first takeaway from Udoka was how he can, in fact, lead a team.

In the first half of the season, Ime Udoka felt like more of a friend to the players, rather than a coach. The young stars of the team needed a stronger voice to take over the team.

Brad Stevens was a great coach, but his soft spoken nature wasn’t the perfect match for the Celtics in the locker room. What made Udoka the leader of this team for years to come, is how he was able to bond with players on a professional and personal levels.

Another takeaway from Udoka’s first season is his ability to adapt and prepare for specific teams and players.

The strategy that put the league on notice of Udoka, was his preparations for Kevin Durant and Kyrie Irving in the first round of the playoffs last season.

Udoka knew that Brooklyn played a lot of Isolation basketball with KD and Kyrie. They would double on penetration, and make sure they bump anyone who cuts across the paint. Making it physical on the superstars would get them tired quicker.

We then saw more adjustment making in the next round versus Giannis and the Bucks. Throwing multiple bodies at Giannis and giving him different looks was key. Udoka knew the refs would be blowing whistles in Giannis’s favor. Keeping players out of foul trouble was a true skill showed by Coach Udoka.

My last takeaway, which is the most crucial one to the Celtics successes last season, was how Udoka brought out the “dog” in Jayson Tatum and Jaylen Brown.

We saw a level of effort and compete on the defensive end that we haven’t seen from either player in their early careers. Both stars finally bought into a defensive system that allows them to play aggressive and physical.

With the two main stars bought in on defense, the energy traveled through the entire team. Natural defensive athletes like Robert Williams lll and Marcus Smart also contributed to the number one ranked defensive team by a long shot.

Ime Udoka has reiterated over the summer that he wants more consistency throughout the rotation next season. With committed group of young players and veterans in Udoka’s system, a championship is the final hurdle to the 18th banner in Boston.