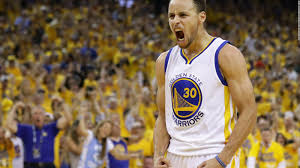 Boston Celtics go into the NBA season with expectations far beyond any other team. A fully healthy squad that is versatile and experienced is ready to take that next step. Their goal is to not only win the Eastern Conference, but defeat a loaded Golden State Warriors team in the NBA Finals. Here are four reasons why that will happen.

Brad Stevens is arguably the second best coach behind Greg Popovich in the NBA. No disrespect to Steve Kerr but Stevens has worked with numerous young players on the Celtics. Some of them grew or either got traded for stars. But the system is still the same and with this loaded roster, it will be used against the Warriors.

The Celtics have more wings and speed than any other team. With a healthy Gordon Hayward back on the roster, they can play a small ball lineup. This particular lineup can consistent of one point guard, three small forwards, and a power forward. Imagine trying to play against Jalen Brown, Jayson Tatum and Hayward on the wing with their long arms and quickness in fast break opportunities. Very scary to see and won’t be surprised considering how versatile they are.

Last season, the Celtics rank 3rd in defense allowing 100.4 points a game. In a league where everything is about 3pt shooting and taking high percentage shots in the paint, it’s impressive for them to allow only this amount of points. They will continue to get better and try to be the number one defense in the league. History says that a champion squad usually ranks top 10 in offense and defense. Well, the Celtics are on that path.

Although the Celtics were one game away from making the NBA Finals last season, they still need a closer and game changer in Kyrie Irving. He makes the team virtually unstoppable taking pressure off and creating for others. Irving was also the one that made the game winning shot over Stephen Curry in 2016 to deliver the Cleveland Cavaliers its first title. Him on the court makes them dangerous against Golden State and could potentially propel them into becoming champions since 2008.