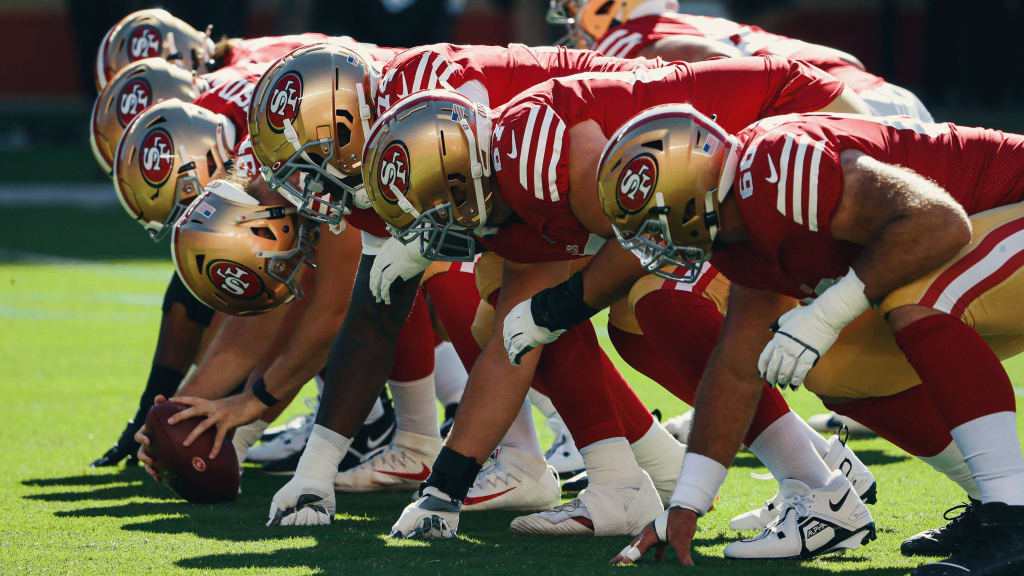 Has there ever been a more exciting NFL preseason game? The Niners and Packers faced off once again. As it feels like they do at least once a year. Preseason or not, this is a matchup that’s always one to watch. With so much anticipation following San Francisco, with Trey Lance now taking the helm. The 49ers appeared to be in midseason form with impressive performances from Lance and their young core. Leaving us with plenty to break down.

In the preseason, it’s always difficult to gauge a player’s production and readiness. Everything must be taken with a grain of salt. Good or bad. For young quarterbacks, I think all you can ask for at this point in the year is just to look the part. Proving that you can be composed and comfortable in an NFL offense.

After Friday night, Lance certainly showcased the ability to do that. The offense moved downfield on both series he led. The first resulted in a field goal after a few first downs where he utilized his legs and the quick passing game. The next series began with a sack in which the right side of the line was completely caved in. After regaining some yardage on second down, the Niners dialed up a home run play. Turning a third and nine into a 76-yard touchdown pass to rookie receiver Danny Gray. An electric play that highlighted Gray’s speed and talent to blow the top off of defenses. Lance put the ball right where it needed to be and his connection with Gray will be one I think we’ll see a lot this season.

Overall Lance’s limited playing time was a step in the right direction. While it should be pointed out that the playbook was kept fairly simple. Many of his reads were quick and to the first option. It will be interesting to see if that opens up in the coming weeks, before Week 1.

Wow… That is the only word that I could say after watching the rookie corner’s performance. The fifth-round pick made a name for himself with two interceptions and racked up a 93.4 PFF grade. Exactly the type of player the 49ers hoped for when drafting Womack out of Toledo, but no one could have expected this sort of production right off the bat.

The defensive back was all over the field and stuck like glue to his matchups. Playing as the nickel-slot corner, Womack showed grit and great anticipation in both of his interceptions. The first was a play made purely out of sheer will, where he was able to rip away a catch from the receiver mid-air. While the second was a great coverage play in the mid-field. Under-cutting the throw and putting himself in perfect position. A play we normally see from veteran pro-bowlers.

If this type of production continues, it would be difficult seeing anyone other than Womack start in the slot. A position up for grabs after losing veteran K’Wuan Williams in free agency.

Rookie offensive lineman Spencer Burford looked exceptional at right guard. Pushing piles, creating multiple holes in the run game. His finishing ability was a sight to see, as you can see here.  Burford becomes another rookie from this 49ers rookie class that looks to be set up for a starting role.

Newly acquired receiver and return specialist Ray-Ray McCloud, lead the team with four receptions. Along with 64 yards, which included a 39-yard touchdown. He viciously broke down a Packer’s corner, leaving him wide open for an easy score. Meanwhile, he did have a fumble on the day. A hard hit in the middle of the field. It’s still a slight concern, as he’s had fumbling issues in the past.

Talanoa Hufanga once again proved to be the team’s frontrunner to start at strong safety alongside star Jimmie Ward. His high motor and active hands were hard to miss. He forced a pass breakup that lead to an interception by linebacker Marcelino McCrary-Ball. Then later made a great play, bringing the hammer down on Packer’s running back Tyler Goodson.

Mr. Irrelevant Brock Purdy may have won himself a roster spot. Easily my favorite player to watch from Friday’s action The rookie seventh-round quarterback looked like a veteran out there. Throwing some absolute darts and taking command of the offense. Led them to the game-winning touchdown. I don’t think anyone expected this out of Purdy. I mean just look at this throw that should’ve been his second touchdown.

There were of course some spots where the team struggled. I thought the offensive line looked shaky at times in pass blocking. While there were only three sacks on the night. The quarterbacks were getting the ball out fairly quickly and there were still times when the Packer’s defensive line just rolled right passed the outside. It’s the first preseason game of a long year and not every guy was out there of course. So it’s nothing to boil over about, but something to pay attention to.

Lastly, the open field play from the defense looked lackluster at times. Safety Tavarious Moore especially, who was someone thought of as a possible starter. Was beat on multiple plays in the first drive and was the victim of a long touchdown pass from Jordan Love. In addition, the second and third-team defenses struggled to contain the Packer’s zone running. As well as some screen action that broke for big gains.