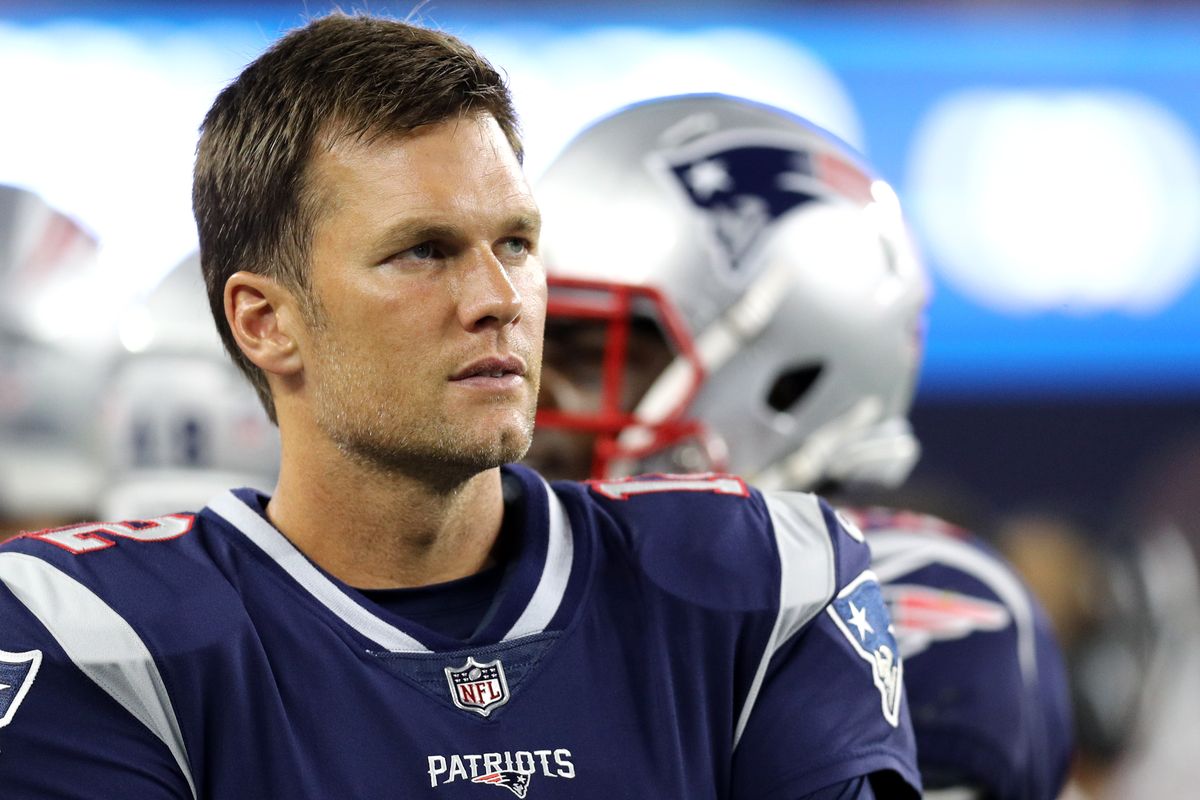 Yet again, fans around the country hoped to see the Patriots crash and burn. All indications pointed that way—especially after an uninspiring loss in Week 15 at Pittsburgh. Brady and Belichick won with a brand of football they hadn’t used since the earlier stages of Tom’s career. Rather than have Tom win with his arm and a situational defense, the roles reversed.

The running game became the foundation for their offense, their defense became stout in all facets and Brady was only called on for situational throws. With Tom a year older and Gronk out of the mix, here are 5 keys the New England Patriots have if they want to hold up the trophy once more. Bill always seems to have that card to play that no one else anticipates.

1. Who’s Filling in For Gronk? N’Keal Harry is the Front-runner as
Gronk has long been a key component to the Patriots’ success. Along with Edelman, he’s been a valued asset on 3rd downs but he added a dimension last year that gets overlooked—his blocking. He consistently won his battles on the perimeter to help unleash Sony Michel over the course of the playoffs. He essentially had been a high value tackle that could win matchups in the slot or on the outside as well.

While they’ve proven they can win without him, that’s still a tall task going forward given how dynamic he still had been. Obviously, Edelman’s clutch play is a given but the Patriots have to find that second option to ensure that Edelman remains at peak efficiency.

If you’re a Patriots fan you should have your eyes on N’Keal Harry out of Arizona State. Not only is it hard to lean on tight ends Ben Watson (38 years old) or journeyman and bust Austin Seferian-Jenkins but the first-round receiver has eye-popping potential.

With his size and skill set, he’s not going to stretch the field with speed but he has the potential to fit the mold of an Anquan Boldin. He’s a valuable commodity in the red zone with his catching radius and in any down and distance he’s a factor based on his versatility.

Versatility has been the Patriots’ calling card over the years. Despite the Patriots having a long span of missing on wide receivers, they may have gotten one of the best value picks in the draft. Harry projects to be the type of reliable target that Brady can find rapport with at all areas of the field and in any situation.

As a secondary thought, there hasn’t been much discussion around Demaryius Thomas but if he’s able to recover from his achilles injury then Brady will surely squeeze the most out of that potential given that Thomas has proven to be effective everywhere he’s gone—no matter the QB.

Jamie Collins got into Bill’s doghouse and Bill sent him to the dregs of the NFL. Now Collins is back in the mix with New England. He had been one of the steals of the draft based on his ability to defend the run, the pass and to rush the passer. He was a new age linebacker and Bill was ahead of the curve in spotting out someone in this mold.

While the Patriots overcame him being sent to pack his bags when they knocked off Atlanta, they should be upbeat about his return. Through all the question marks about his motor, he should provide speed that New England covets out of their linebackers.

That allows New England to pair two versatile linebackers in Collins and Van Noy to track down ball carriers and cut off angles while giving Dont’a Hightower the freedom to be a hammer. If Collins can just comply with the “do your job” philosophy then Bill has another chess piece to neutralize opposing offenses.

3. Which Edge Rusher Will Step Up?

As anticipated, Trey Flowers hit the open market and got offers that New England wasn’t going to match. New England has always been a team that values culture over everything and wants to ensure a balanced, blue-collar attitude by not shelling out staggering contracts. Fortunately, the Patriots have some promising players to tap into going forward. Last year, the Patriots were able to generate a pass rush somewhat out of nowhere in the playoffs.

The Patriots displayed a hunger combined with tactics on defense that opposing teams didn’t seem prepared for. Deatrich Wise Jr. returns as someone that exhibits solid leadership qualities (captain at Arkansas) but isn’t overly explosive off the edge. He’s a guy that you know what you’re getting out of him but he has a lower ceiling. The addition of Michael Bennett offers boom or bust potential. It’s promising that his brother embraced the Patriots culture but in fairness Martellus wasn’t near the ego or status in the league as Michael.

Michael needs to leave his ego at the door, stay healthy and he has the chance to make a lot of noise despite being deeper into his career. As a Patriot, the proven model is that you must value coaching, discipline and tactics above anything else. In addition to Flowers, there are a couple more unknowns that may rise up this year.

3rd round draft pick Chase Winovich from Michigan excites as someone that could turn out to be a hungry, productive end that’s similar to former Purdue Boilermaker and New England Patriot, Rob Ninkovich. Also, the Patriots are still hoping to get a return on their investment with Derek Rivers—who has had trouble getting on the field but has the measurables and athleticism that are more than ideal.

4. Preserve Tom Brady
Don’t fall into the trap of leaning on Brady so much again. They didn’t last year and were painfully conservative at times. But they were playing the long game. They wanted to impose their will in a sustainable manner by deploying a running game above all.

While it’s important that he develops a rapport with new weapons (N’Keal Harry and Demaryius Thomas), they can’t afford to have him at a compromised version of himself. Their division rivals won’t pose much of a challenge, he has an established running game and a top-notch defense.

He has a defense that’s shown its stability up front that’s backed up by a secondary that’s as good as it gets. Just stay the course, keep Brady’s jersey clean and stay in the fight. The worst thing they can do is be pedal to the metal with their passing game and put their guys in harm’s way. A major component of keeping Brady upright is Michel continuing to show reliability on the ground, James White remaining a factor and the ability for likely 1st year start Isaiah Wynn to fill the shoes of Trent Brown on the left side.

5. Make them Come to You

Let’s face it, Foxborough’s been the toughest place to win a road playoff game over the years. The Patriots typically provide themselves with an advantage of rest, have experience and toughness, to go with a top QB and a mastermind calling the shots.

If the Patriots are able to remain healthy and make sure the AFC runs through Foxborough, then you can book them into the Super Bowl for 2020. Their combination of being run-first and strong on defense to go with a still-potent Tom Brady makes them in the hunt every year. No matter who you play on the road in the playoffs, it’s going to be tough.

But Brady and Bill always come up with a solid game plan, find ways to improve and motivate themselves to continue their climb.