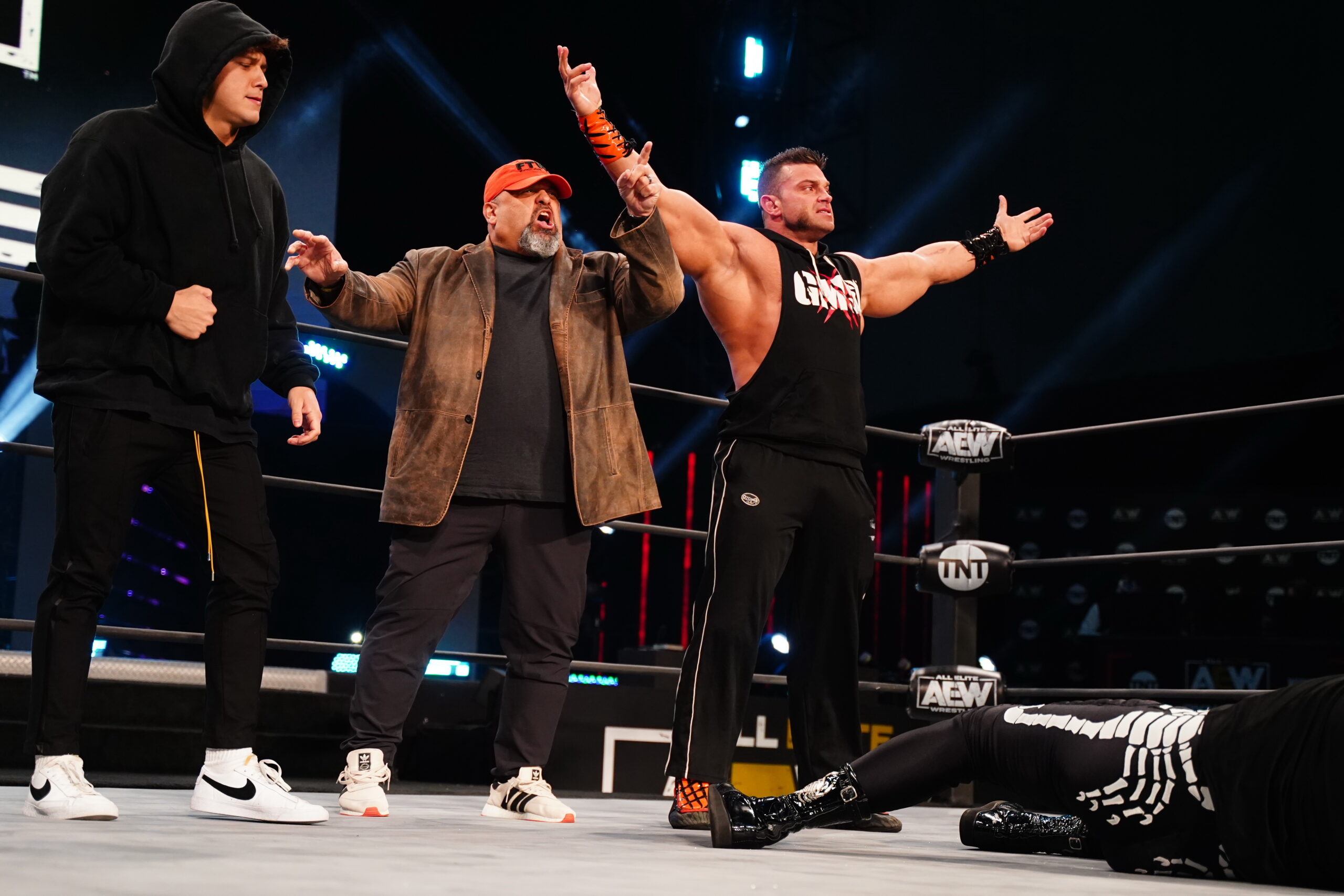 On AEW Dynamite, a big announcement made its way over the airwaves and got wrestling fans around the world excited. No, this is not that Cody and Brandi Rhodes are having a baby girl. Rather, it is about the “Face of the Revolution Ladder Match” which will take place at the upcoming pay-per-view Revolution. This match will feature six men and see which competitor can climb a ladder first. The winner will secure a TNT Championship match for a later date.

In addition to airing the news, Cody himself will be participating in the match. Two other wrestlers, Penta El Zero M and Scorpio Sky have been included in the match. In the coming weeks, we will learn more about the other three men involved in this brand new match type. In the meantime, here are five suggestions on who could be great fits for the match.

Despite his lackluster record throughout 2021 (0-4), Jack Evans would mesh really well with this style of match. His high-flying lucha background would be on full display in this match type. He could zip around, under or through ladders to take out his opponents. Evans has put on a marvelous display reminiscent of the Matrix across all the promotions he has been involved with. His agility is genuinely “elite” and he could have a hand in some brilliant spots during the bout. While he would not be the odds on favourite to win the match, he could still have a great performance. He is more than capable of elevating his caliber of work and helping other wrestlers rise to the occasion.

We have not seen much of Mr. Mayhem on our televisions this year. He has just one match at the time of writing, when he was victorious on January 6 over Jake Hager. Wardlow could have a few enhancement matches to bolster his 11-3 overall record before Revolution. He also has a bit of history with one of the other match participants, Cody. Back in 2020 on Cody’s path to Revolution, he needed to battle through Wardlow in a Steel Cage match to fight MJF at the pay-per-view. Cody prevailed but it would be exciting to see them face off again. Standing at over six feet tall, he can show off his strength tremendously. Wardlow is in a good spot for 2021 and this could be exactly what he needs to break out.

The former tag team champion could make his way into the match for more than a few reasons. Right off the bat, he would be at odds when he would be opposite his partner in SCU, Scorpio Sky. They were the inaugural AEW Tag Team Champions, crowned October 30, 2019. The stipulation is already in motion that if SCU loses another tag team match, they disband. While obviously not a tag team match, there could be some interesting interactions between these two. Some that could inform their matches down the line either singles or a tag match. Regardless, he is a solid veteran to have in any match. He can be an essential catalyst, bringing a match from good to great.

With the rest of Team Taz locked in presumably with their Street Fight, Hobbs might have the night off. Unless he is entered into this ladder match where he can echo the performance of Team Taz’s Brian Cage. Cage made his debut in AEW in the Casino Ladder Match at Double or Nothing in 2020. It would be great for Hobbs to be elevated to Cage’s level by having the former follow in Cage’s footsteps. When Cage debuted, he ripped a ladder in half on his way down to the ring. The scenes of having Hobbs destroy one for himself would be immaculate. It would only further him getting over this idea of being a “powerhouse.”

Hobbs already has a great track record with multi-man matches, being the “ironman” in the Casino Battle Royale at All Out in 2020, clocking in at just over 16 minutes. It could be another opportunity for the Palo Alto native to rise above the competition.

The Being the Elite sensation who captivates audiences everywhere is almost a shoo-in for the match. Just watching him stand up in front of Wardlow and Powerhouse Hobbs would be wild. Despite standing at just 5’ 4”, he fully believes in his mind he is every inch of 6’ 9”. Just an inch taller than Lance Archer, the tallest on the roster. He has got a great personality that matches his perceived height. This would help him stand out, even among five others in the ring. His feats of strength are something you might see at a carnival and a ladder match is the perfect place to show this off. We could see him standing between two ladders and pushing them over in the manner of Hercules.

Silver could certainly provide a brief comedic moment in the match. Maybe even at the top of the ladder, he might come up shy of reaching whatever is hanging above the ring. Nevertheless, he would make a great addition to the match. Like Wardlow, he is another of the 5 AEW wrestlers who could break out this year.