5 Unranked Fighters to Keep an Eye on 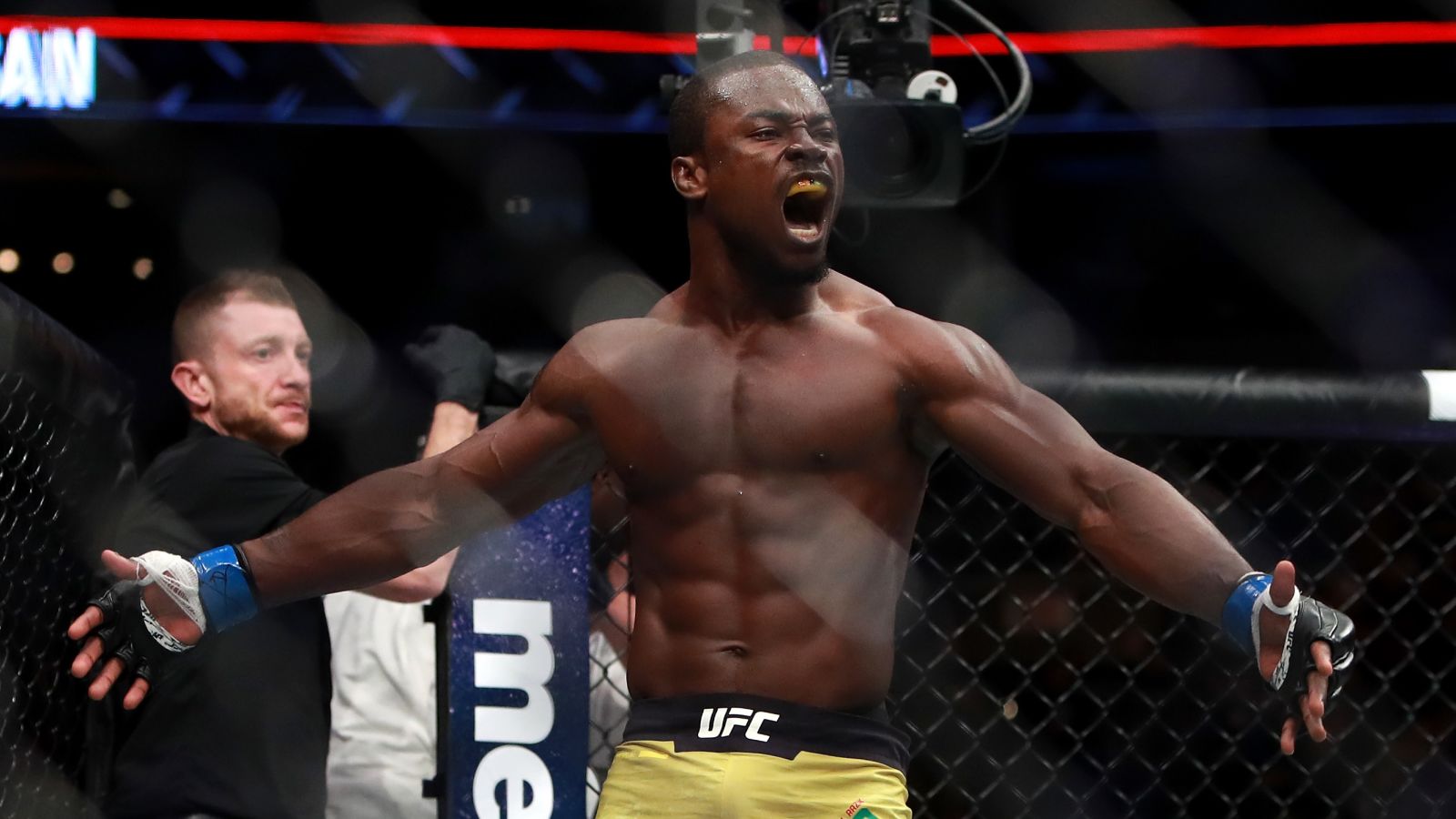 Over the last decade, the UFC has had no issue producing and fueling stars (e.g., Jon Jones, Ronda Rousey, and of course Conor McGregor). Even the biggest of superstars begin their career as an unranked prospect though.

As has been the case in recent years, there’s no shortage of young talent on the UFC roster.

Below are five unranked fighters who are worth keeping an eye on; seeing as they have already displayed high level skills in their young careers.

Although he may not necessarily be young in age (34), Alhassan is still pretty young as a fighter. The man they call “Judo Thunder” made his professional debut in 2013 for a promotion named Xtreme Knockout. Five consecutive first round finishes later and Dana White signed him to the UFC.

He now has a (4-1) record, which includes a first round TKO victory over Niko Price. He earned his nickname from being an incredible Judo athlete; yet it’s the power in his hands that he normally relies on.

Alhassan hasn’t fought since 2018, but he is returning to the octagon July 15th against Mounir Lazzez on Fight Island. Staying consistently active has been Alhassan’s issue. If he manages to keep an active fight schedule, it’s likely he’ll find himself competing with ranked guys at 170lbs.

Herbert “The Blaze” Burns followed up his brother Gilberts’ dominant performance with a first round submission victory at UFC 250. Heading into the fight, Burns expressed his prediction that him and his brother will be simultaneous champions.

Of course the first step of that goal is Gilbert defeating Usman next month to secure the 170lb belt, but don’t sleep on Herbert as one day being a contender at 155lbs. “The Blaze” earned a UFC contract after a first round submission win on Dana White’s Contender Series last August.

Since then, he’s rattled off two first round finishes to kick off his UFC tenure. He is clearly a decorated Jiu-Jitsu artist like his brother, but again like his brother, he continues to improve on the feet with each fight.

Anyone who’s followed “Mean” Hakeem Dawodu’s career til this point already knows what kind of athlete he is, but for those who haven’t, just check out his Instagram (https://www.instagram.com/meanhakeem/).

Since getting submitted in his UFC debut back in 2018, Dawodu has strung together four straight wins including a highlight head kick finish over Yoshinore Hori. Dawodu is expecting a step up in competition for his next fight, which will probably happen by the end of summer.

When a fighter is naturally athletic he can be scary already, but add in elite skill and technique and you’re looking at someone people will avoid fighting. It’s evident that “Mean” Hakeem is looking to take his game to the next level.

When you see the name Gracie as an MMA fan, you immediately think of royalty. From Roger to Royce to Renzo to Helio, the list goes on and on. The influence that the Gracie name has had on mixed martial arts is unparalleled, and Kron is the latest product.

After making a name for himself in the organization RIZIN as an incredible submission artist, Kron found himself in the UFC. His first opponent was veteran Alex Cacares; who we saw dismantle an up and comer just recently.

It took just under three minutes for Kron to submit him with a rear naked choke, earning him his first UFC victory. He lost his next fight via decision to the ever so tough Cub Swanson. If Kron can improve upon his stand-up game, there’s no question he can be a top 10 featherweight someday in the near future.

Less than three weeks ago, Roosevelt “The Predator” Roberts secured a submission win over Brok Weaver. He’ll be fighting again this Saturday at UFC Fight Night: Blaydes vs. Volkov. This time it will be against veteran Jim MIller.

Another Contender Series product, Roberts currently hosts a (4-1) record in the UFC and a scary frame for just about any lightweight. He’s 6’2” with long limbs and he knows how to use them to his advantage both grappling and striking.

“The Predator” has a very effective standing guillotine choke and in his last bout against Weaver, he displayed a nice snapping jab. A win over Jim MIller will look good on Roosevelt’s resume as he continues to climb towards the top 15.

Abdul Razak Alhassan and Roosevelt Roberts both have confirmed bouts coming in the next month, but expect to see Herbert Burns, Hakeem Dawodu, and Kron Gracie to fight by the end of 2020.

All five of the aforementioned fighters have what it takes to be ranked quite soon in their respective divisions. Keep and eye out on these prospects.

More in Ear To Canvas