5 WWE Releases and Where They Should Go

One year on from a mass of cuts, WWE made another pass through the roster. This time, they released just 10 Superstars. 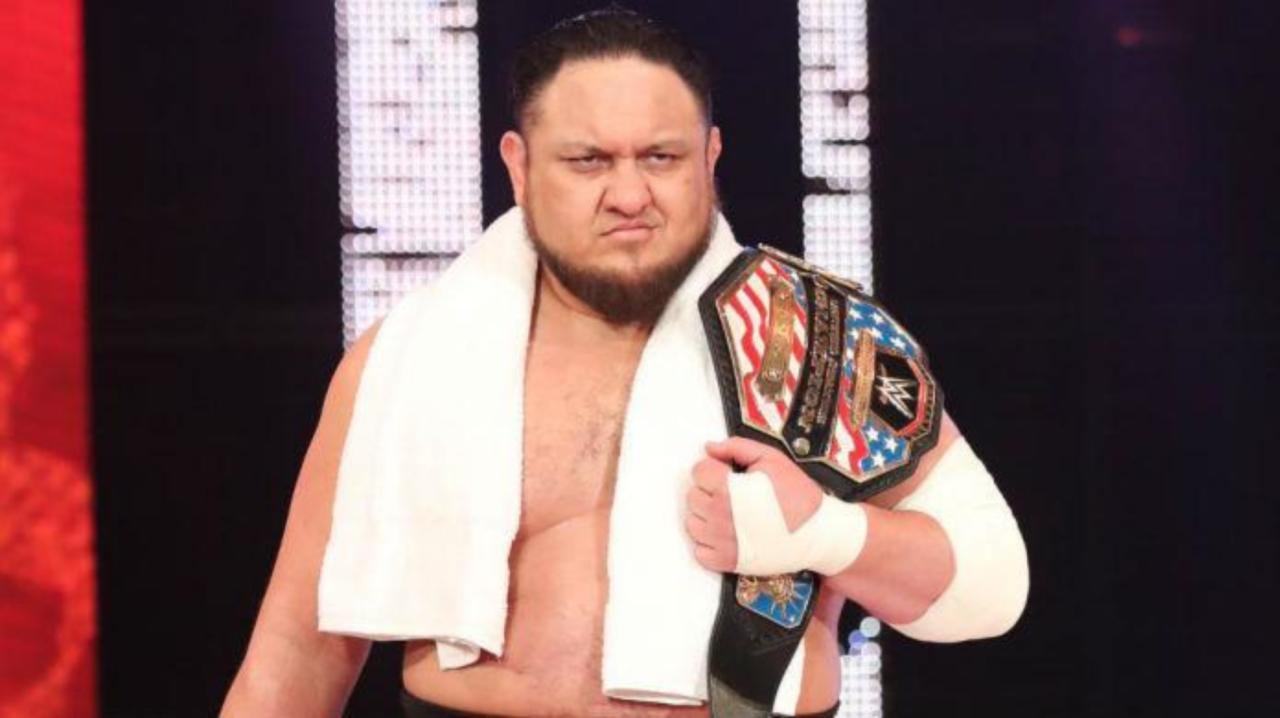 One year on from a mass of cuts, WWE made another pass through the roster. This time, they released just 10 Superstars. When the news broke, fans lit up the internet, expressing their shock, excitement, relief and booking ideas.

We have seen wrestlers leave WWE to join other promotions like AEW and IMPACT before. Could that be where these stars are headed? Or could they pick another destination like ROH or New Japan? Keep reading to find out about five WWE releases and where they should land.

The Richmond, Virginia native has had quite a lengthy run in the professional wrestling world. Starting her career in 1999, she has been in the ring for over 20 years. After coming to WWE in 2005, she was released just a handful of years later. Following her departure, she continued with TNA, now IMPACT, and wrestled on the independent circuits. During that time, she would notably become the TNA Knockouts Champion three times.

Eventually, she made her way back to WWE. After appearing on NXT, James seemed to be a gatekeeper in the women’s division. Wrestling just outside of the title picture, she was a great talent for younger performers to work with. Much like Christian Cage or Serena Deeb, her presence and style in the ring helped elevate the performance of her competitors.

But now that she has been released once again, what is next for one of the earliest pioneers for women’s wrestling? One move that she could make is a move to NWA. Her husband, Nick Aldis works for the promotion and is the current NWA World Heavyweight Champion. A reunification with her husband and more importantly, a run for the NWA World Women’s Championship could be just what she needs. The title is currently held by Serena Deeb. James has only faced off against her three times in total. The first was in 2006, another in 2013 and as recently in 2015. Another meeting between these women has the potential to steal any card it is on.

Chelsea Green has worked all across North America. She has history in IMPACT, WWE, and Lucha Underground. Even overseas, Green has made her name known in Stardom. With a wide range of history in other promotions, we will see where she ends up.

While with NXT, Green broke her wrist in her first match on March 13, 2019. A few months later, she was back in action. During her return in 2020, she was well known for her affiliation with Robert Stone and the “Robert Stone Brand.” Her interactions with Stone were well received by audiences.

Unfortunately, she would be sidelined yet again in her first match on Smackdown with another broken wrist. Green never had another chance to wrestle before her release on April 15. Her release came as a surprise to many fans. Green is an incredibly charismatic star who, at just 30 years old, has quite a bit of her career still in front of her.

Within hours of her release being made public, she sent out a tweet saying, “Welcome back, it’s been a while.” With that tweet, she made her intentions clear, she was getting back in the game as soon as possible. She has had great matches in IMPACT and a return would be a solid fit for her. But I think that a spot in the women’s division at AEW would be just a shade better.

With the AEW women’s division on the rise, Green could bolster that roster and create some great matches. She has history with her friend, Dr. Britt Baker, when the two faced off along with Madison Rayne and Tessa Blanchard at All In. The “Hot Mess” character and the face of the AEW women’s division could have great chemistry. Chelsea Green seems like she is in a perfect spot to thrive wherever she lands.

As one half of the Australian tag team “The IIconics,” Peyton Royce has the capacity to be a singles star as well as find success in a tag team. As a comedy tag team, The IIconics did not have very many title opportunities with WWE. Often, it seemed like they were relegated to bump for other high profile singles stars.

Their unique comedic style turned them into fan favorites. This made their forced breakup all the more questionable. Why would WWE break up one of their only genuine women’s teams in a division that needs tag teams? Afterwards, the writing dictated for them to immediately become rivals and hate each other. This nonsensical act had fans holding their heads saying, “You’ve got to be joking me!”

Royce had some singles matches during her time with WWE, and her talent was apparent. She cut a passionate promo on March 8, 2021 on Raw Talk. There she noted how higher ups in the company cast her aside. Her concerns about how it was the same certain Superstars getting too many chances to shine are all too real.

Now, she has the wrestling world at her fingertips. While her husband, Shawn Spears, works in AEW, I do not think that would be her ideal spot to fit. Yes, she could fill out the women’s division and reinvent herself like so many other performers have upon their arrival. But, IMPACT seems like a much better fit.

With IMPACT, Royce could have both her singles career and tag team career be successful. Alongside other names like Kimber Lee and Deonna Purrazzo, she could be a standout performer on Thursday nights. Her comedic style would fit better at IMPACT than anywhere else. AEW tries to have more of a “sporty” feel, where IMPACT allows itself to have fun.

Wherever Peyton Royce goes, Billie Kay should be right there with her. The two have incredible chemistry together, both in and out of the ring. Keeping The IIconics together, while not essential, would only add to their success. Billie Kay is a great talker to have on any wrestling program.

A common phrase in professional wrestling is “maximize your minutes.” The meaning is simple, get as much as you can out of the time you are given. During the last year, Kay has done that in spades. After going undrafted in the 2020 WWE Draft, Billie Kay used her personality and charisma to make every second of her television time count.

She would grab your attention from inside the screen. Her new resume gimmick took an unfortunate circumstance and made it into something. WWE handed her lemons and she made lemonade. Whether she was getting her resume over or interfering in matches to win over a potential friend, she was putting in the work and making sure she was noticed. It is a completely valid argument that gave WWE no other option but to put her on Wrestlemania.

Despite her best efforts, WWE still released her. Perhaps it was so that The IIconics could meet up and stay together in another promotion. Ideally, that promotion would be IMPACT. She could still be a tag team wrestler, teaming with Royce, and then be her manager while Royce tears it up in single’s competition. There are a variety of avenues that Billie Kay and Peyton Royce could pursue with IMPACT, and almost all of them would be successful…just do not split them up.

This 20 year veteran is one of the most recognizable names in all of professional wrestling. Wrestling almost everywhere on the planet, he was a star well before joining WWE. From ROH to TNA, Samoa Joe terrorized rosters, coming for their championships and taking down their top stars.

A strong striker and a technical wizard made him one of the best wrestlers on the planet. His three-way battle with AJ Styles and Christopher Daniels is regarded as one of the best TNA/IMPACT matches of all time. With that kind of accomplishment under your belt, there is no doubt that you have a strong wrestling mind.

Joe had some injuries towards the end of his WWE tenure that hampered his final few years with the company. He suffered a broken thumb towards the middle of 2019, which meant that he would be out of action. Despite his injury, he still maintained some television time as a commentator on Raw. A few months after his return at the tail end of 2019, the Samoan Submission Machine would pick up another injury. The latest roadblock was a concussion that kept him out of action for the rest of his stay in WWE.

These injuries, especially the concussion, could be worrying to potential employers. Also, at 42 years old, his time as a wrestler could be coming to an end. His speed and in-ring performance has slowly diminished (which could be due to his injuries) in recent years. Because of this, he could continue moving forward with a role outside the ring. Joe would fit well in a commentary booth, as we have already seen in WWE.

Samoa Joe would make an excellent candidate for IMPACT’s broadcasts. Currently Matt Striker and D’Lo Brown wear the headsets, and a three man booth is difficult to get right. But Joe would likely find the role of either a commentator or a producer a strong fit. We have seen others do this before him. Tazz and what he has done to further his career comes to mind.

Of course, these are only suggestions, and these stars could mesh well no matter where they go. The last thing that they want is to just get lost in the shuffle again. Fans will definitely keep their eyes open to see where these stars will show up next, once their non-compete clauses end July 14.